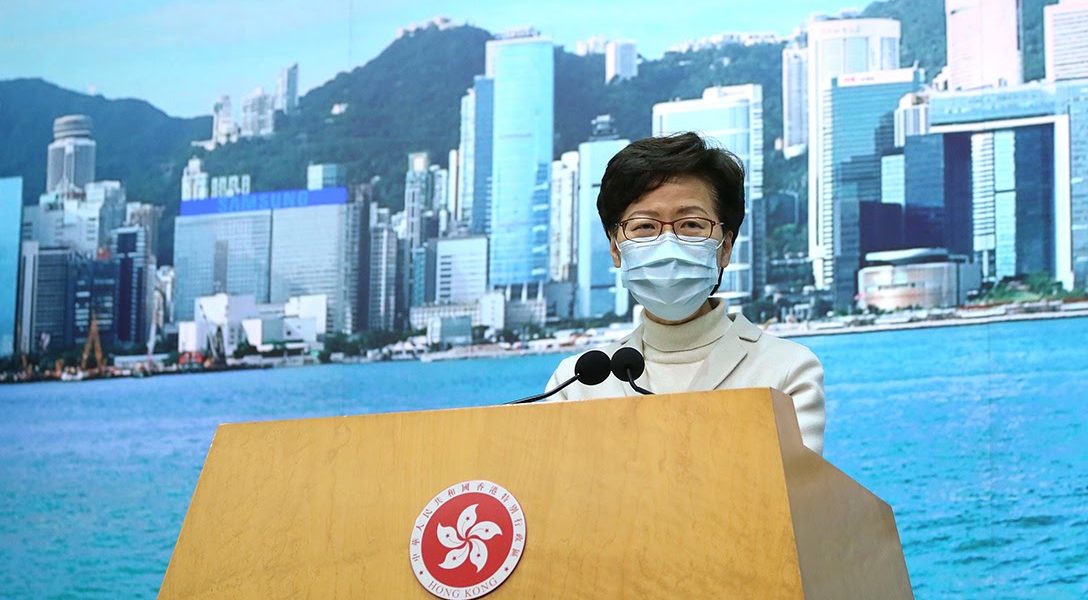 There are many reasons for Hong Kong’s successful public health response to COVID-19, but one important factor stands out: The citizens of Hong Kong knew what those of the US and UK are gradually realizing: in a pandemic, politicians can be very bad for your health.

Last Monday, the Hong Kong’s hospital authority skipped its usual daily press briefing — because there were no new COVID-19 cases to report.

The next day, only four new cases were reported (all were airport arrivals, including a couple from the US). While the mood is still cautious, it’s looking like the city has successfully come to grips with the SARS-CoV-2 coronavirus, which causes COVID-19.

How this was accomplished holds important lessons for citizens in other places battling the pandemic.

After months of social unrest on the streets of Hong Kong, many citizens hold their government in contempt and are highly skeptical of any official information emanating from Beijing. When news of the coronavirus broke in January, residents took their own collective decision to implement hand-hygiene and social-distancing measures, and to don face masks, based on their experience of Severe Acute Respiratory Syndrome (SARS) — a virus genetically similar to SARS-CoV-2 — which claimed 299 lives in the city in 2003.

The results speak for themselves.

This densely populated city of some 7.4 million, located on what scientists call the “pandemic front line” bordering Mainland China and some 900 kilometers (560 miles) south of the city of Wuhan, has reported 1,029 cases of COVID-19 and four deaths.

Of course, distrust of politicians wasn’t the only reason casualties in Hong Kong were so low, but it helped. In January, the government was refusing to close the border with mainland China for fear of offending Beijing, so medical professionals went on strike to urge the government to tighten border controls with the Mainland.

Ironically, as 99 percent of the public have donned face masks and some scientific experts call for them to be mandatory, the government continues to wage a legal battle to enforce the ban on face masks, which they imposed at the height of the pro-democracy protests last year, to prevent protesters from hiding their identities.

A recent survey by the Chinese University of Hong Kong showed that 7 out of 10 people in Hong Kong believe the government’s responses to the epidemic were insufficient or very insufficient, and that any success in containing the coronavirus was due to community effort.

If there was any doubt about the government’s priorities during the health crisis, on April 19, just five days after calling for an end to political disputes to focus on the battle against COVID-19, Chief Executive Carrie Lam sanctioned the arrest of 15 leading figures from the pro-democracy movement. The move underlined that public compliance remains a bigger government priority than public health.

Hong Kong residents prefer taking their advice from medical experts, many of whom have become household names and are often interviewed on local media.

If politicians in Hong Kong deserve any credit for their handling of the pandemic it is because they allowed these leading epidemiologists, virologists, and microbiologists to have direct input into policy making.

“I think having good scientific advisors is really important as well as political leaders who listen to the advisors,” said eminent epidemiologist Professor Ben Cowling of the University of Hong Kong’s School of Public Health.

An advisory committee of four leading scientists meets weekly with the city’s chief executive to give advice on public health policy.

“This can be very effective and has resulted in sensible policy making and a measured response that keeps [coronavirus] transmissions at a low level without lockdowns, which are economically so disruptive,” said Cowling.

He says that because Hong Kong is compact and has a high concentration of public-health expertise, it’s easier for science to lead policy than in large countries like the US, where there are many layers of government and different scientific factions.

Professor Malik Peiris is credited with playing a leading role in identifying the SARS coronavirus in 2003. He is calling for widespread serological testing in Wuhan and elsewhere to establish more precisely the extent of infections in the community, but he sometimes faces a lack of official enthusiasm when his advice runs up against political priorities.

“Discovering that the number of cases is much larger than was originally estimated can look bad [for government authorities] but on the other hand, the disease is much less severe, which may be a great relief to the public,” he said.

Early in the coronavirus outbreak, Grant Ross, a family doctor based in Hong Kong, told WhoWhatWhy that when dealing with epidemics “clinical science must outweigh the political, cultural, and managerial factors.”

Instead, as the global pandemic spreads, politics often triumphs over science at the cost of thousands of lives. Hong Kong has proved to be an exception.

In his groundbreaking book, Big Farms Make Big Flu, evolutionary biologist Rob Wallace laid out a compelling case that politicians in the US, China, and Hong Kong are all partly culpable for causing pandemics, by encouraging large-scale, multinational agribusiness.

Intensive factory-farming practices have transformed the landscape of China, where many of these novel pathogens emerge. Wallace describes a perfect storm of multiple strains of pathogens, influenzas and other viruses, which then spill over to humans.

“My own take is that pandemics are like mirrors, and some countries are learning a lot about themselves and their politicians,” Wallace told WhoWhatWhy.

Located close to Mainland China, residents of Hong Kong knew that if they were to survive, they needed to ignore politicians and take affirmative community action.

“Hongkongers did a simple calculation that it was probably better to take matters into your own hands than to believe blindly that government will have the answer,” said Ross.“Turned out, they were right.”