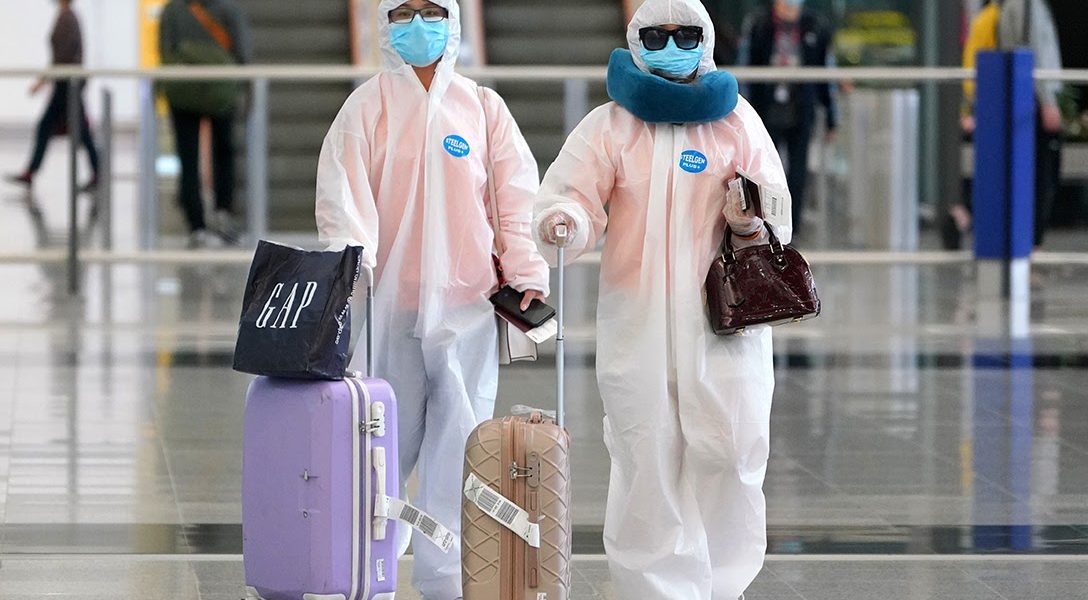 HONG KONG — It would be misleading to give the impression that the Hong Kong government has led the way in successfully containing the coronavirus pandemic. Compared to the dithering and denial exhibited by many Western leaders, its record may appear admirable, but it was the people of Hong Kong — many of whom have a very low regard for their political leaders — who were on the cutting edge.

“In Hong Kong, people heard that there was a virus coming, stopped going in to work, put on masks, and got on with the job,” Dr. Grant Ross, a family doctor living and practicing in Hong Kong, who has worked in mainland Chinese hospitals, told WhoWhatWhy.

“If you are infected but don’t know it, it protects others, and if everyone wears the mask, then all have greater protection.”

Health professionals working for the local hospital authority went on strike on February 7 to force Chief Executive Carrie Lam’s administration to close the border with mainland China as infected mainland nationals were reported to be seeking treatment at local hospitals. Locals immediately donned surgical masks and adopted hygiene and social distancing protocols learned during the SARS epidemic in 2003/2004.

“Asia is happy to use masks whilst the West is still having an argument over whether it is reasonable to do so,” said Dr. Ross.

“If you are infected but don’t know it, it protects others, and if everyone wears the mask, then all have greater protection,” explained Dr. Nicholas Wu, a virus expert from Hong Kong working at the Scripps Research Institute in California.

More than 90 percent of people in Hong Kong routinely wear face masks on public transport, in busy downtown areas, and in shops or cinemas. Reluctant Western expatriates are the target of aggressive online campaigns to make mask wearing universal. “Just wear a f**king mask” was the title of one local online campaign.

Despite bordering mainland China, where the pandemic originated, Hong Kong has limited confirmed cases to 386, resulting in just four deaths, in a densely populated high-rise city of 7.4 million.

The success of East Asian governments, such as Hong Kong and South Korea, in checking the spread of coronavirus offered a template which North America and Europe could have followed. Indeed, experts in the West knew the coronavirus was coming.

“We have to be prepared that this particular epidemic may be about to become a global epidemic,” the dean of the Li Ka Shing Faculty of Medicine of the University of Hong Kong, Professor Gabriel Leung, told a press conference on January 27.

This was just one of multiple dire warnings issued by medical experts in East Asia that authorities in the West chose to ignore. Despite the luxury of two months’ notice and the clear lessons from Asian cities like Hong Kong, Seoul, and Taipei — all battling the coronavirus — the West failed to take similar preventive measures and precautions.

The American response to coronavirus has been bewildering when viewed from East Asia, though each Western nation can boast its own unique blend of political denial, inertia, and posturing, combined with widespread public selfishness and mass hysteria, experts said.

“Every Western jurisdiction seems to differ a bit in their preferred method of panic,” said Dr. Ross.

At the time of Leung’s grim warning, the Hong Kong government had already declared the viral outbreak as an “emergency” two days earlier, on January 25. Schools, universities, theme parks, and all public buildings — including libraries, galleries, and sports centers — were closed. A quarantine center had been designated and all government workers and most office staff were working from home.

Mainland Chinese authorities had reported the number of confirmed cases across the country at about 2,800 at this stage, with the death toll at 82, but no one was taking comparable action in the US, despite the first cases having been reported in Washington state six days earlier (January 21).

“They were just watching events in East Asia and not learning anything,” said Dr. Wu.

In early January, when news of the virus broke, Wu and his team instantly transferred their focus to supporting efforts to develop a vaccine for COVID-19. He collaborated with scientists at Hong Kong University, where he says the virus was being taken seriously.

Meanwhile, according to a New York Times report, President Donald Trump was telling the nation during a speech in Michigan on January 30, that all was well.

“We have it very well under control. We have very little problem in this country at this moment — five. And those people are all recuperating successfully,” Trump said.

Fast forward seven weeks and clearly all is not well, as Trump declared a national emergency Friday, March 13 — nearly two months after Hong Kong. The pandemic threatens to spiral out of control. The US reached the grim milestone of 1,000 deaths and 68,000 recorded infections as of the morning of Thursday, March 26.

Spain has a similar number of cases, and there are more than 69,000 cases in Italy. There is already a combined death toll of more than 10,000 people in those three countries, but still people seem reluctant to adopt basic public health measures proven to work in East Asia.

Many East Asian people are bemused. “Do people in the West think they have some sort of magic immunity?” asked one Hong Kong local, who requested not to be named, when she was shown recent images on social media of pop concerts in the UK attended by thousands and Italians defying social distancing measures.

By contrast, in China, where there have been 81,218 confirmed cases and 3,281 deaths to date (March 25), the virus appears to be under control — at least if official figures are to be believed. Only one new confirmed COVID-19 case was reported in Wuhan on Monday (March 23) after the city at the epicenter of the pandemic saw zero new reports for five consecutive days.

Despite bordering mainland China, where the pandemic originated, Hong Kong has limited confirmed cases to 386, resulting in just four deaths in a densely populated high-rise city of 7.4 million. South Korea, Japan, and Taiwan appear to have turned the corner, too.

“They got the outbreak under control within a month — that’s really impressive,” said Dr. Wu, who acknowledges that, albeit belatedly, the US government is now also taking decisive action.

Having battled to get on top of the pandemic, East Asians now fear a new wave of imported cases from the West. Hong Kong reported its biggest daily jump in cases last Friday, including many that involved recent international travel. Further action was taken this week, including a ban on alcohol sales to discourage socializing in bars. All overseas visitors have been banned from entering Hong Kong for 14 days, where the public health policy is based on the mantra that, with a deadly virus, it’s better to overreact early than under-react too late.