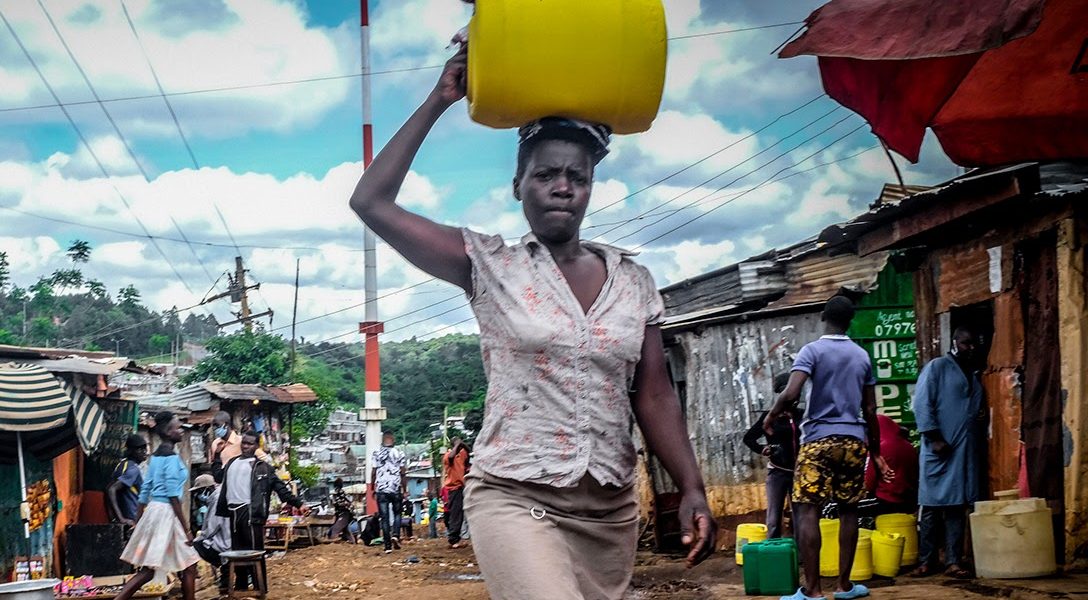 As COVID-19 appears to ebb in parts of North America and Europe, it’s starting to surge in Africa, South Asia, Latin America, and the Middle East, where the hardships already faced by hundreds of millions of people make them a prime target. Although the US has seen nearly 2 million coronavirus cases and more than 100,000 deaths attributed to COVID-19, those figures could pale in comparison to what will happen when the virus spreads in the world’s slums — where hundreds of thousands of people live in close proximity, healthcare is often nonexistent, and social distancing is not an option.

Poor housing, congested streets, overcrowded homes, squalid, unsanitary conditions, no reliable water supply, and dire poverty are the norms in most of these settlements — and all of these conditions are bound to make an outbreak worse.

Social distancing is an unattainable ideal when many families crowd together in poorly ventilated dwellings. Due to the pandemic, many have also lost their jobs and are therefore unable to afford even basic necessities such as food and medicine.

According to UN Habitat Executive Director Maimunah Mohd Sharif, the “multiple inequalities … caused by decades of neglect and underinvestment in planning [for] basic social services and health facilities” can make the virus spread “incredibly fast” in slums.

Many experts contend that the threat to slum communities is beyond the grasp of policy makers.

Today, around 1 billion people live in the overcrowded neighborhoods of major cities. Slums in Manila (Philippines) alone are home to a population of 4 million, while Kibera, a slum in Nairobi, Kenya, houses 1.7 million. Population densities in Mumbai (India), and Dhaka (Bangladesh) — which contain some of the largest slums in the world — are much higher than in New York City, where the pandemic hit the US the hardest.

When an outbreak occurs in these places, as it did in Mumbai, containing it could be nearly impossible.

In March, when the World Health Organization (WHO) declared the coronavirus outbreak a global pandemic, many governments in Asia and Africa responded with travel restrictions and large-scale lockdowns. But many experts contend that the threat to slum communities is beyond the grasp of policy makers.

A significant population in most urban slums  depend on the informal jobs sector for their modest wages. Even in stable global conditions, their incomes are precarious.

Parvin Ngala, head of Oxfam’s programs in parts of east and central Africa, told WhoWhatWhy that lockdowns triggered by COVID-19 are pushing daily wage workers, such as factory laborers, street hawkers, cab drivers, and pushcart vendors, to the point of starvation.

According to the International Labour Organization, around 66 percent of the working population in sub-Saharan Africa rely on non-agricultural, informal employment.

The rapidly rising number of cases in Brazil show that the late arrival of the virus to developing countries can be disastrous. By this time, most of the international supply of PPE and medical equipment has been bought by countries that battled earlier waves of infections. Fear of new outbreaks also deters richer countries from sharing essential equipment, such as ventilators, leaving poorer countries with negligible resources to fight the virus.

As of June 3, Africa had experienced more than 163,000 cases of COVID-19, according to  the US Centers for Disease Control and Prevention. Ngala said that Africa faces a “triple crisis,” in which the pandemic, locusts, and floods have affected around 265 million people. Locust infestations have damaged vast stretches of agricultural land affecting food supply, while heavy rains and floods have reduced production capacity. In South Sudan, where food insecurity is a perennial problem, the restrictions have deprived many informal workers of seasonal employment.

Dubbed Asia’s largest slum, Dharavi in Mumbai has witnessed a steady rise in infections. To date, 1,872 confirmed cases and 71 deaths have been recorded, whereas the state as a whole reported more than 77,000 cases. Some experts warn that many cases may be unreported, and the pandemic may already be spreading like an invisible wildfire. India, which has been in a nationwide lockdown since March, recently surpassed China, with more than two million cases reported — nearly 45,000 infections in Mumbai alone. Despite its infrastructural inadequacies, Dharavi is one of the better-off slums in the world. Dharavi, the setting for the 2008 film, Slumdog Millionaire has attracted greater than average investment in infrastructure and necessary facilities. For slum dwellers, COVID-19 may not be the worst nightmare, according to Kalpana Sharma, the author of Rediscovering Dharavi: Stories from Asia’s Largest Slum.

“Tuberculosis is a permanent condition in Dharavi,” observed Sharma. “If you have one person with TB who is forced to stay with other members of the family for a prolonged time, the chances of transmission are as great as of the coronavirus.”

TB continues to be one of India’s  top killers. According to WHO estimates, around 1.3 million people across the world died of TB in 2017. The Democratic Republic of Congo has already reported a rising trend in Ebola and measles infections, alongside COVID-19.

Violence against women and children has increased following restrictions on movement. Ngala said that gender-based violence in East Africa has risen as much as 20 percent, and reports of sexual violence against minors have increased. India’s child abuse helpline received a record 92,000 calls in two weeks.

While the elderly are most likely to die from the coronavirus, the combined effect of lockdowns and poverty will also seriously harm the young. The long-term effects of isolation threatens children in slums. “Many children in India rely on a single free meal provided by the government in schools, and school closures have effectively put the scheme on hold,” said Sharma. If the lockdown continues, many people, especially children, will be severely malnourished, increasing their vulnerability to COVID-19 and other illnesses.

Protocols for keeping the virus at bay are complicated by the lack of infrastructure within slums. Handwashing is an impossible luxury; and food, potable water, and medicine are hard to come by.

“Only 25 percent of the informal settlements in Africa have access to safe drinking water compared to 60 percent in urban areas,” said Ngala. The lack of aid and medical supplies is another cause for concern. In parts of Africa, the pandemic has created shortages of essential medical supplies for treating AIDS and cancer. The lockdowns have also hampered the work of NGOs. Furthermore, as many countries in the tropics inch closer to a harsh summer, the absence of electricity and fans will worsen the conditions in small, tin-roofed structures.

Urban slums capture the popular imagination as the breeding ground for diseases, crime, and violence. “The pandemic has only intensified these prejudices by which the middle and upper classes have distanced them from these people and their labor,” Sharma said. Should the pandemic begin to spread rapidly through slums, she said, the stigma against residents will only increase.