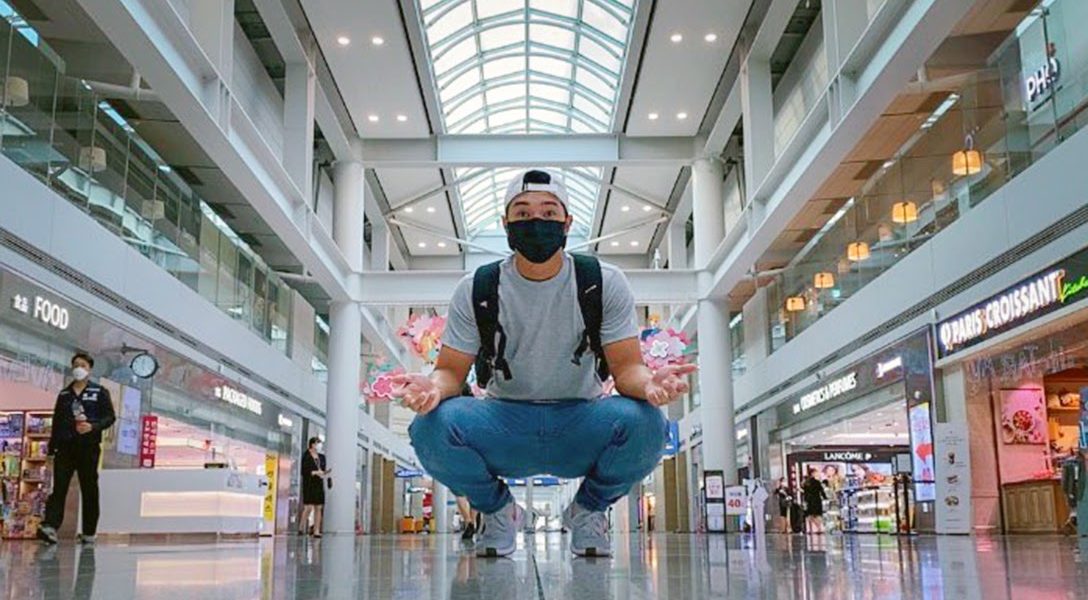 When US universities shut down in the middle of the semester due to the coronavirus pandemic, school officials asked students to vacate their dorms immediately. Many students scrambled to pack their belongings and head home to complete their semester online.

College seniors have bemoaned missing their graduation ceremonies, while other students are saddened by the cancellation of social and athletic events.

For international students, however, responding to the pandemic has not been as simple as buying a plane ticket and catching a flight.

These students, facing the crisis while far away from their families and friends, have had to weigh the risks of international travel against the downsides of remaining in campus dorms and apartments in a foreign country. Some international students have had no choice at all — due to travel restrictions, they have been forced to remain in the US indefinitely.

However, travel restrictions are not their only problems.

They also face issues of visa renewals and extensions, housing concerns, and social isolation in a country where language and cultural barriers already pose great challenges for them.

At the beginning of 2020, there were over 1 million international students enrolled in US universities. According to a survey by the Institute of International Education, 92 percent of those students remained in the US as of May 1.

Now that the semester has ended, many of these students are trying to get home.

One of them is Luis Castro, a student from the Philippines who was studying at the University of North Carolina, Chapel Hill. Last semester, when most students were packing up and moving home, Castro decided to remain on campus so that he could finish his semester without worrying about time differences and a stable internet connection.

In May, he began the difficult journey home to Manila. It took him more than two weeks to get there, during which time he spent 12 days waiting for a flight in Los Angeles, CA, and, as he shared in a social media post, lived “in the airport [in South Korea] for 100 hours.”

“I don’t have anywhere to go. This is definitely the point I think about the most,” Castro told WhoWhatWhy before he managed to get home. “[Domestic students] have somewhere else to go, like back with their families.”

Unlike Castro, who is finally back in his hometown and under quarantine after his grueling odyssey, many international students are still under travel restrictions and remain stuck in the US to this day.

Even during a typical semester abroad, international students — who already must cope with the mental health challenges that are common to all college students, such as navigating new social dynamics and balancing academic commitments — face additional concerns, including significantly different cultural and academic expectations. Research indicates that international students experience a higher level of anxiety compared to domestic students.

“Anybody coming to a college culture or college campus [experiences], some way, an acculturation,” Dr. Saeromi Kim, one of the assistant clinical directors at UCLA’s Counseling and Psychological Services, told WhoWhatWhy.

“This acculturation is not only [difficult] culturally and socially … but also academically,” Kim explained. “[International] students may have been used to a certain kind of instruction, but when they get to the United States, they have to get used to the cultural slant that we have in terms of academic instruction.”

Zhihuan Xu, a Chinese student studying at the University of Kansas, has struggled with the transition to online classes due to a language barrier, since she has only been learning English for about a year.

“I can understand more if the classes are in-person. For online classes, it’s tough because there would also be technical problems,” said Xu. “I can’t really ask for help if it’s online.”

As the challenges experienced by international students have increased, however, their access to crucial psychological support has declined.

“There’s already a significant barrier for international students to get access, especially [for] mental health,” due to cultural stigma, Dr. Kim said. “Now, there is this extra barrier [that makes seeking treatment] more difficult. Now you have to really find out, ‘Where do I go?’ ‘How do I go about this?’ In the past, it might have been easy for students to go into the counseling center, but now there are more hurdles.”

“Do you see how many racist attacks have happened? People are being stabbed just because they were Chinese. If this could happen in some places, it could also happen here, and I am Chinese,” she said.

According to Dr. Kim, UCLA’s counseling services are working hard to make sure that emotional and psychological support is available to international students who remain in the US. The university has also continued to make campus health services and counseling accessible through telehealth for all of its students, including international students.

Meanwhile, Samantha Chong, a Chinese-Malaysian student studying at the University of Nebraska, Omaha, told WhoWhatWhy that she has been “anxious and nervous” since the pandemic began.

“Do you see how many racist attacks have happened? People are being stabbed, just because they were Chinese. If this could happen in some places, it could also happen here, and I am Chinese,” she said.

In February, a 16-year-old Asian American boy in San Fernando Valley, CA, was physically attacked and accused by his schoolmates of having the coronavirus. As coronavirus cases continue to rise, racism toward Asians and Asian Americans has become more prevalent.

Chong lives in a predominantly white neighborhood and expressed her fears of being targeted racially since she is Chinese. She said she has also received dirty looks while in the grocery store.

“Everyone would literally look at me and step away,” she added. “I was too afraid to even touch anything. I would just grab [the products] and then leave. I really just want to get out of the grocery store.”

“You’re already worried about going outside because you might contract this virus. On top of that, you also have to also worry about being judged or singled out in any way, or sometimes, even harassed,” Dr. Kim said. “That increases the sense of the lack of safety to be able to just go outside for the essentials that you need.”

While stranded in the US, missing their families and struggling to complete their online classes, many students also worry about visa renewal restrictions and deadlines.

Lois Kaye Go, a student at the University of South Carolina, Columbia, is supposed to graduate next year, but her visa expired this month.

After the shift to remote learning, Go decided, like Luis Castro, to remain in the US since she thought it was safer to stay put than to travel.

Go plans to return home and renew her visa — a process which must be completed at the US embassy in the Philippines — once the lockdown has been lifted. However, she worries that the embassy may not reopen soon enough for her to complete her application and return for classes when the fall semester begins.

“At this point, I really do want to go home. Hopefully, the lockdown will be lifted before school starts,” Go said. “There is just a lot of uncertainty. We never know which situation is actually going to pan out. I’m trying to email [International Student Services] to see if there are any other avenues I can do, given that everything is closed.”

Unfortunately, according to immigration lawyer Karlo Ponferrada, Esq., the process of extending or renewing one’s student visa has become difficult during this pandemic, as US embassies all over the world remain closed.

“There are no other alternatives,” said Ponferrada, who runs a private practice in Menifee, CA. He explained that F-1 student visa holders can only renew or extend their visas at a US embassy.

Go, the Filipino student from the University of South Carolina, said she is grateful for all the aid she has received from her university.

“[Our school] provided us with food every day, so we didn’t even have to go out to eat,” Go said. “Since I have nowhere else to go in the United States, the school provided us with housing, which was very, very helpful.”

Even though the school semester has ended, Go was allowed to stay on campus over the summer. Tickets to her hometown of Cebu, Philippines, are limited. Despite the university’s help with her housing situation for the summer, Go said she misses her family back in the Philippines and that she would really like to see them during this difficult time.

“I think the only thing I’m sad about is that I can’t go home,” she told WhoWhatWhy. “Now, it’s like I don’t know where to go.”