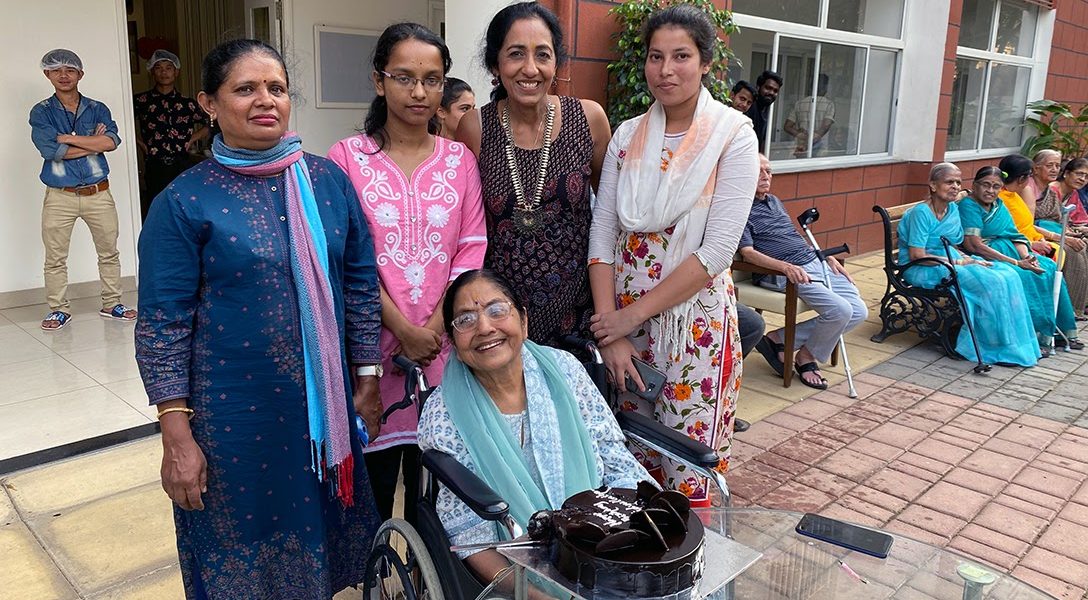 Like so many other countries, India is now on lockdown. There is great concern that COVID-19 could wreak havoc in this country of 1.3 billion people, many of whom are poor and lack proper healthcare. WhoWhatWhy contributor Ramaa Reddy was on the last flight out of India. This is her story.

I had been in Bangalore, India, for two weeks taking care of my 89-year-old mother when, on March 19, India’s Prime Minister Narendra Modi did a televised broadcast describing the severity of COVID-19. He added that no commercial flights would be allowed to land in the country for a week beginning March 22. This pandemic has become India’s most trying crisis post-independence, and clamping down is the best way to avoid its spread and consequent deaths.

As my flight out was booked for March 24, I quickly texted my husband in the US, asking him to change my ticket to leave earlier, but the only availability was a business class seat on United for $4,289.

Shocked by the sticker price, I postponed my return by a week and texted my brother at 9 PM India time saying, “Stuck here, cannot get out for another week.”

Resigned, I went to bed and woke Friday morning to a few missed calls from my brother. When I called him back, he said, “You better get out now. I don’t know how long India will close its borders, and you may be stuck in the country indefinitely. And if you get sick, there won’t be anyone to care for you.”

Rising Panic and the Need to Get Out

That phrase “be stuck” triggered paranoia, as I hate being confined against my will. I panicked and said there were no available flights out — even the exorbitant business class seats on United had long since sold out. Immediately my brother got online and steered me toward popular Indian travel websites like makemytrip.com. He advised traveling only on Emirates or Etihad as these flights were reliable and safe; the Emirates route was direct, bypassing Europe, with a change of planes at Dubai and then nonstop to JFK.

We successfully found an economy seat on Emirates leaving Saturday morning but, each time I went to pay, the website locked me out. Frustrated, I called a travel agent friend of mine and asked him to help me book my ticket.

Luckily, he was able to look at seat availability and said, “I believe economy is completely sold out and there are only five business class seats available, so you better book that, or I would suggest going directly to the airport and buying your ticket at the counter.” Finally, after a few tries, I booked a business class seat on Emirates for the Saturday 4 AM flight and dialed Chase credit card services to inform them about my high-priced purchase. I was in a panic all day on Friday as Emirates only confirmed my seat around 4 PM. India’s decision to suspend all tourist visas and put the country in a lockdown is necessary for a variety of reasons. Unlike China (population 1.4 billion), which used far-reaching measures to control the virus and flatten the curve, India is a democracy where it is hard to implement similar directives: a vast majority live under the poverty line, in overcrowded tenements, and largely subsist on a vital daily wage.

With a population of 1.3 billion, India’s health expenditures per capita are amongst the lowest in the world and it does not have the necessary resources — isolation wards, hospital beds, ventilators — to treat a massive pandemic like COVID-19. There is currently a lack of personal protective equipment — masks, goggles, gloves, bodysuits — for doctors and other healthcare providers. And the testing kits, which are few in number, are available only in the hospitals, primarily located in cities. A doctor friend calls this a humanitarian crisis, where the vast majority of rural India, roughly 80 percent, could potentially face not only the consequences of the virus but also other diseases and hunger.

When I arrived in India in early March, I noticed a lackadaisical attitude toward the virus; people were undermining its magnitude by saying, “it has not yet come to India.” It was only when President Donald Trump announced that he was closing US borders to Europeans that India did a 360-degree policy shift. In the third week of March, Bangalore and other states decreed a one-week stay-at-home mandate and closed down all schools, offices, and shopping malls. India’s Silicon Valley — located in Whitefield, Bangalore — soon had their employees working from home. My friend, the regional IT head of JPMorgan Chase, said organizing the work from home was an institutional nightmare. The rest of Bangalore was still open for business.

As of March 31, there were 1251 confirmed COVID-19 cases and 32 deaths in India, and I hear from friends that the country may be closed until the end of April to stem the spread of this contagion. India has come to a standstill, and in Bangalore the streets are silent — a bit surreal, as they lack the ever-present crowds. Police officers have been deployed to tell residents to stay indoors and are using force against those found loitering. While I believe this decision is necessary, my heart goes out to the millions of migrant workers (there is no accurate estimate of a number but it ranges between 100 and 470 million) who have no security net, are not covered by any social security plan, and are now jobless.

Currently there is a mass exodus of these day laborers to get back home. Since the trains have stopped, many are congregating at railway stations, waiting for the service to resume while others have decided to walk home. Many NGOs have coalesced and are stepping in to provide food and clothing for the displaced day laborers. For these reasons, Prime Minister Modi has declared an economic emergency in India and promised a $22 billion relief package for the nation’s poor.

I glanced at the flight information screen and noticed that Air France, British Airways, Air India, and Kuwait Air had all canceled their morning flights, so I began to panic and pray that my flight would take off.

Some Shops Unwilling to Close During the Lockdown

My siblings and I had recently moved my mother from the United States into a retirement colony located in the outskirts of Bangalore. Having had a stroke and suffering from mild dementia, she has become more incapacitated, necessitating two full-time caregivers to help with her daily tasks. I was there to comfort her, hire additional staff, and satisfy her needs.

Before returning to New York, I had to pick up some essentials for my mother from Commercial Street, the main shopping drag of Bangalore. I noticed that none of the shops were shuttered, in spite of government directives. Road traffic was robust and two-wheelers with families of four were busy traversing the city. At the retirement home, which currently houses 90 residents over age 70, strict restrictions went into effect: no visitors were allowed, daily temperatures of all residents were recorded, and the “self-serving” dining hall was no longer self-serving.

I left for the airport on Saturday evening at 11:30 PM, as I wanted to be the first person to check in, just in case the airline had overbooked passengers. I glanced at the flight information screen and noticed that Air France, British Airways, Air India, and Kuwait Air had canceled their morning flights, so I began to panic, praying that my flight would take off. My flight did leave and in Dubai I seamlessly made my connection. I arrived at JFK, where no health personnel were checking temperatures — there was just an immigration officer saying, “Welcome back home.” Those words had never sounded more beautiful!

At my mother’s retirement home, the management staff is doing a super job ensuring extra precautions and stockpiling groceries, medications, and essential supplies. Groceries are bought in bulk from a wholesaler nearby, and ambulance personnel make daily runs to pick up the cleaning staff, who are health-checked upon arrival; only designated individuals are allowed to leave the compound for supplies. An 89-year-old man with a heart condition whom I befriended texted me saying, “I am not at all well and have not been able to meet our family doctor. Suffering pain patiently.”

So far nobody at the retirement home has tested positive for the virus, but I worry daily for all of them, especially for my mother, who I feel I have deserted at this critical time of need. Every day she asks to be taken out, forgetting that India is in a lockdown. Maybe this is a bliss for her, I am not sure.