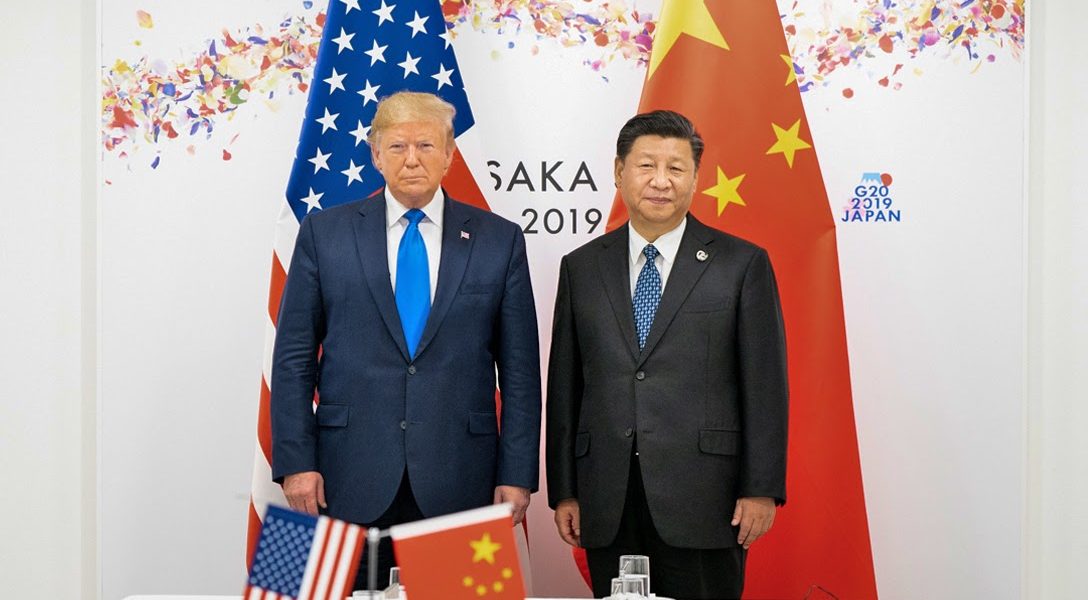 President Donald Trump’s comments blaming China for the catastrophic impact of the COVID-19 pandemic are misleading and hypocritical.

“I got COVID — I am a healthy middle-aged man who was left gasping for breath on my bed for hours at a time — this is down to Trump,” he said.

Speaking from his home in Minneapolis, where he is recovering, the virus expert says there is plenty of blame to go around for COVID-19 and other deadly pathogens — which he believes are partly a result of the actions of multinational agribusiness, protected by the Trump administration.

Of course, Trump is correct in one respect: research shows SARS-CoV-2 almost certainly originated in central or southern China — though not necessarily in Wuhan and, according to a recent article in Nature Medicine, not in a laboratory.

“China has to be responsible for pathogens emerging from its own country, but blame is not restricted to the country where the pathogens emerged — it’s not just China,” said Wallace.

To play the blame game properly, it is necessary to go back to the 1980s and the start of radical structural changes in global food production that created what Wallace calls “the perfect layer cake” for deadly pathogens with potential to become global pandemics.

China was at the center of this revolution. As part of its “opening up” economic policy and the introduction of special economic zones, it attracted huge foreign direct investment, which in turn drove urbanization and economic growth on an unprecedented scale.

As part of this economic process, Chinese Communist Party officials collaborating with US banks and investment houses — and facilitated by finance middlemen in Hong Kong — went on to create the proliferation of industrial-scale factory farming.

Confined in filthy crowded pens, selectively bred farm animals with little natural immunity live a short life cycle (about 40 days for broiler poultry), are dosed with drugs, and are slaughtered on a year-round basis — becoming the perfect hosts for new pathogens. When wild animals come into close proximity with factory-farmed animals, a reservoir of disease is made readily available, and farm workers provide an opportunity for transfer to humans.

“Many pathogens spill over into the human domain and then get on the global travel network to go from one side of the world to another,” said Wallace.

“Here in the US, agribusiness lines up with pharmaceutical and military contractors in terms of being a political force to be reckoned with and, in effect, help run the country. Their needs are protected so that these pathogens have the best lawyers on the planet.”

Many scientists focus on zoonotic diseases that have the potential to be deadly pandemics. Professor Ben Cowling, an epidemiologist at the University of Hong Kong, emphasizes that not all zoonotic viruses originate in China. However, he acknowledges that scientists in Hong Kong are concerned about the proximity of people to animals, particularly birds and pigs, in farmland and in wet markets, where both people and live animals are densely packed together.

“These are conditions which allow avian influenza viruses to infect humans (e.g., H7N9) and pose a risk which could ultimately result in the next influenza pandemic,” he said.

Wallace observes that, in August 2008, Goldman Sachs acquired full control of more than 10 poultry farms in China for about $300 million. He thinks it’s a cruel irony that the people of New York are suffering from a pandemic that a famous local firm inadvertently helped create: Goldman Sachs displaced traditional small-scale farms in China, which then began collecting exotic animals — like fruit bats and civets, known vectors for pathogens — and introducing them to urban populations via wet markets.

Trump’s Connection to the Pandemic

This is where Trump’s insistence on blaming the pandemic solely on China becomes not just misleading — but hypocritical: “Here in the US, agribusiness lines up with pharmaceutical and military contractors in terms of being a political force to be reckoned with and, in effect, help[s] run the country. Their needs are protected so that these pathogens have the best lawyers on the planet,” says Wallace.

By forcing US staff back to work, Trump was, in effect, protecting the share price of a Chinese-owned agribusiness that Wallace and others believe is at least partly responsible for creating the pandemic.

On April 29 the American food corporation Smithfield Foods expressed its support for Trump’s activation of the Defense Production Act, which forced workers back to work at Smithfield plants, some of which were identified as COVID-19 hotspots. But since 2014, Smithfield has been part of the giant Chinese agribusiness multinational WH Group, which is listed on the Hong Kong stock exchange.

On March 24, in Hong Kong, WH Group announced record-breaking revenues of $24.1 billion, which is roughly equal to the entire GDP of Iceland.

By forcing US staff back to work, Trump was, in effect, protecting the share price of a Chinese-owned agribusiness that Wallace and others believe is at least partly responsible for creating the pandemic.

The prospect of the emergence of deadly zoonotic pathogens like the novel coronavirus, avian flu, and swine flu may be frightening for the general public, but disease outbreaks are an accepted part of the agribusiness model. In this system, governments are often left to clean up the mess when infections spiral out of control, spilling over to humans or killing huge numbers of animals.

“Make no mistake, they are connected, these disease outbreaks coming one after another. And they are not simply happening to us; they represent the unintended results of things we are doing,” said David Quammen, author of Spillover: Animal Infections and the Next Human Pandemic.

Indeed, some of those “messes” are good for business. Another multinational food corporation giant with extensive operations in China, Tyson Foods, reported sales for its last quarter at $10.82 billion and told the media it had been helped by African swine fever virus (ASFV), which had resulted in producers in China culling millions of pigs. (The “F” in ASFV stands for “fever,” not “flu.” ASFV is not the same as swine “flu,” a respiratory disease also caused by a virus.)

CEO Noel White told Fox Business that, as the effects of ASFV were “beginning to materialize,” Tyson beef and pork were doing well.

While the world focuses on COVID-19, this and other pathogens derived from agribusiness are being dealt with on a daily basis with little media attention. In March it was reported that more than 137,000 poultry had been culled in Vietnam, after 43 separate avian flu outbreaks in the two months prior.

“Make no mistake, they are connected, these disease outbreaks coming one after another. And they are not simply happening to us; they represent the unintended results of things we are doing,” said David Quammen, author of Spillover: Animal Infections and the Next Human Pandemic.

Life-threatening pandemics originating from animals are an inevitable part of the US multinational corporate food model, but it’s unlikely that Trump will be tweeting that any time soon.

“Blaming China is not so much hypocrisy on Trump’s part, as pure theater,” said Wallace.