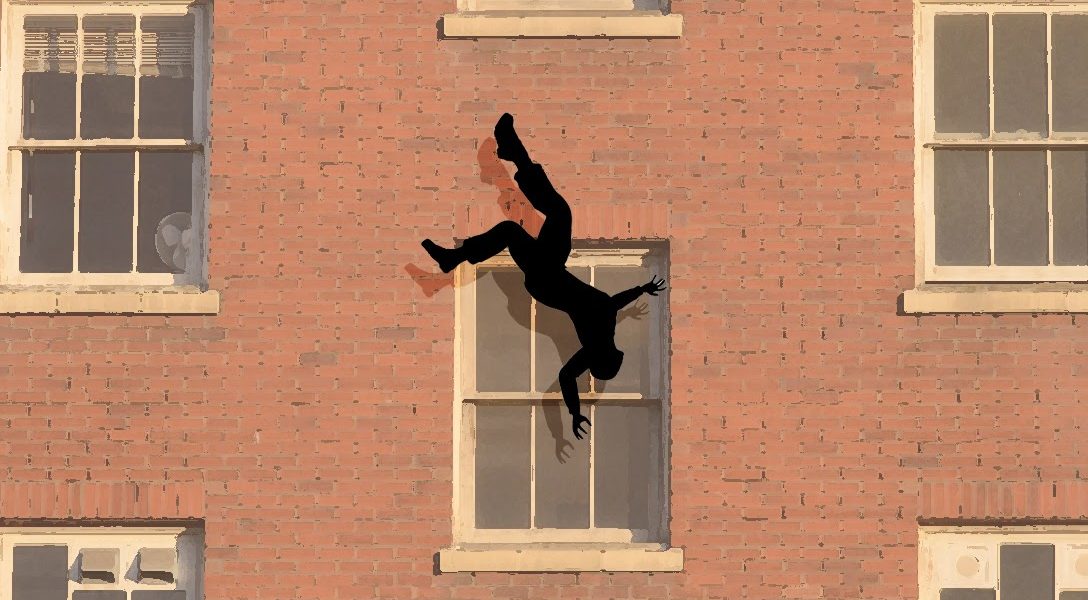 She “fell out of a window.”

This is Russia’s official mantra explaining the April 25 incident involving Yelena Nepomnyashchaya, a senior physician at Krasnoyarsk Krai Hospital for War Veterans in southern Siberia. She had vocally opposed plans introduced by the region’s Health Ministry to transport COVID-19 patients to her facility for treatment, citing inadequate training and personal protective equipment for her staff.

The 47-year-old mother of two young boys didn’t “commit suicide” or “throw herself out” — she just “fell out” of a fifth-floor window of the gray, drab Soviet-era hospital building, and died a week later, officials repeat robotically on television or in statements.

“For a week, she was in the intensive care unit. Doctors were fighting for her life,” the regional Health Ministry said on May 1.

Two more Russian medical doctors also “fell out” of hospital windows in recent weeks; one died, and the other is hospitalized in “grave condition.”

The falls occurred amid the pandemic that has become a crash test of Russia’s healthcare system. Once praised for its effectiveness in coping with epidemics and for providing free medical services to tens of millions living in urban centers, villages, and rural areas — including remote outposts of oil workers, steppe nomads, and deer herders — the system is now struggling to respond to COVID-19.

Severely underfunded, decimated by mass dismissals, and crippled by corruption, it has resorted to threats and forced labor to cope with the pandemic, which has officially killed more than 1,500 Russians already and infected more than 155,000, observers and insiders told WhoWhatWhy. For obvious reasons, these witnesses wish to remain anonymous.

They say that health professionals of all stripes — from nurses to dermatologists to surgeons — are being hastily retrained throughout Russia to help contain the pandemic. They are ordered to work long hours, often without overtime payment, and are threatened with dismissals if they object, the sources say.

“Those who resist get fired,” a medical professional in Russia’s westernmost region of Kaliningrad told WhoWhatWhy on condition of anonymity.

He said he feels trapped and desperate because he can’t just quit the job and easily find another one.

“We all have [bank] credits to pay back, while so many people are jobless here,” he said.

His opinion is echoed by a medical doctor in another part of Russia, the southwestern Voronezh region.

“Our shifts don’t end,” ambulance unit doctor Alexander Shulepov said in a video posted on Instagram on April 22, the day he was diagnosed with COVID-19.

He said he was being forced to keep working even after having been diagnosed.

Shulepov and his colleague claimed in the video that there was a severe shortage of masks and protective gear at their hospital.

Three days later, he said in another video that he had misspoken “because of emotions.”

The Voronezh health department said Shulepov was being investigated for “spreading fake information.”

On May 1, Shulepov fell out of a window of the hospital where he was being treated, investigators said, and was hospitalized in “grave condition” with cranial trauma.

Second Russian doctor plunges to their death amid coronavirus outbreak https://t.co/4vuh78QPPv via @nypost

"Dr. Natalya Lebedeva had been accused of failing to stop an outbreak of COVID-19" #russianart

On April 24, Natalya Lebedeva, who headed an ambulance center in Star City, Russia’s center for space research and cosmonaut training outside Moscow, died while undergoing treatment for COVID-19, her employer said.

But two media outlets reported that Lebedeva fell from a hospital window, and quoted her colleagues as saying that she might have committed suicide after being accused of infecting her subordinates.

Bakhrom Khamroyev, an activist with Russia’s oldest human rights organization, Memorial, suggested that at least one of the “falls” might have been caused by foul play.

“I don’t rule out murder,” Khamroyev told WhoWhatWhy. “Possibly, it was done to frighten other doctors.”

Khamroyev said he spent most of April in the hospital with COVID-19 in the Volga River city of Kazan, where he had lengthy conversations with health professionals who complained they had next to no protective gear, and were working overtime.

Since the pandemic struck Russia, only one independent group has investigated how health professionals are equipped and trained for dealing with COVID-19. In late April, the Moscow-based Doctors’ Alliance, a trade union that faces pressure from authorities, collected data from 164 health facilities throughout Russia.

Almost 75 percent of the health professionals the group reviewed said they had “absolutely no” face masks or protective glasses, and 71 percent complained they had no protective suits. More than half said they had “not at all” been tested for COVID-19.

“I pity the doctors who work to death helping patients risking their life and health, and the state does not give a damn about them,” the group’s head, Anastasiya Vasilyeva, tweeted on May 6.

“Heads of hospitals lie blatantly and use them as expendables.”

The Health Ministry’s press service refused to comment on the figures.

Did She or Didn’t She?

No one actually witnessed Nepomnyashchaya’s fall. According to a source in the regional healthcare system, she went upstairs to the fifth floor after a conference call with Krasnoyarsk’s health minister, Boris Nemik. A few minutes later, she was found on the ground.

She had resisted Nemik’s plans to accept COVID-19 patients at her hospital from all over the sparsely populated, forested region of three million, which occupies 2.4 million square kilometers and is 3.5 times bigger than Texas, the source said.

Furthermore, her staffers lacked protective gear and training — and work conditions were abysmal.

“They are being forced to live at work,” the source said, adding that all of the staffers were instructed to sign nondisclosure agreements.

A rare independent media report from Krasnoyarsk corroborates the source’s information: The local TVK television network reported on April 26 that Nepomnyashchaya’s suicide followed her reluctance to transform her hospital into a COVID-19 facility “because of an acute shortage of protection gear and a general lack of training.”

Health Minister Nemik objected to just one detail of the report — he said in a statement that the conference call did not take place on the day of Nepomnyashchaya’s fall.