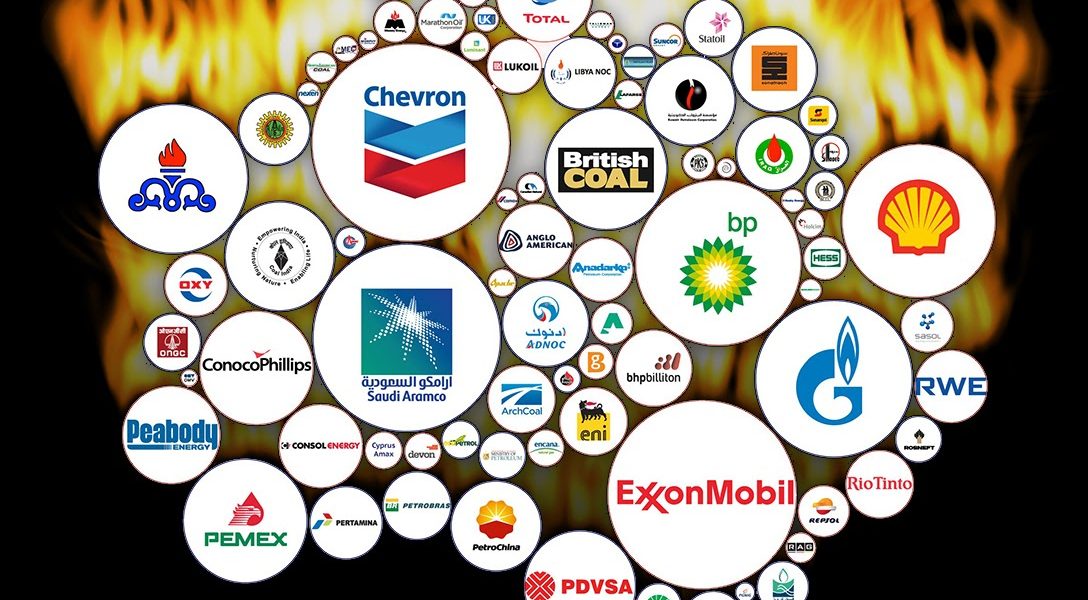 As fear of a global climate catastrophe grows, an increasing number of people are making sacrifices to fight climate change. At the same time, fossil fuel companies are offering their executives huge financial rewards to produce more oil and gas.

“I can’t look into the heads of fossil fuel executives, but their actions suggest they are more concerned with their own profits and bonuses than they are the future of the planet,” said David Turnbull, strategic communications director at Oil Change International, a nonprofit that researches the “true costs” of fossil fuels.

Incentivizing growth makes sense from a bottom-line perspective — the more product, the more profits. But there is a problem.

“As the UN’s recent report showed, current scheduled fossil fuel production goals across the world are completely misaligned with the urgency for us to reach and maintain a 1.5 degrees Celsius level of warming,” said 350.org communications specialist Monica Mohapatra.

Oil and gas companies seem to be ignoring the message echoed around the world — by heat waves, arctic melting, and, most recently, the apocalyptic firestorms in Australia — that fossil fuels must stay where they are. In doing so, these companies are crushing the world’s hopes of limiting global warming to below 2 degrees Celsius and avoiding climate catastrophe. Carbon Tracker is working to help oil and gas companies understand that — in addition to being detrimental to the environment — expanding oil and gas reserves is economically risky, because advances in technology and change in policy could substantially reduce the demand for fossil fuels.

Global warming is directly linked to the amount of greenhouse gases in the atmosphere. Greenhouse gases, in turn, are almost entirely the result of the production and burning of fossil fuels.

“Big Oil’s perverse compensation incentives are helping to drive the climate over a cliff,” said Lukas Ross, Friends of the Earth’s senior policy analyst, in an email.

Growth in the oil and gas industry is incompatible with goals to control climate change. If too much greenhouse gas is released, the earth will surpass its carbon budget and reach a “tipping point.” This will result in uncontrollable climatic changes that will painfully impact the lives of most people on earth.

“We need to keep fossil fuel reserves in the ground, not pad the pockets of millionaire CEOs for discovering more,” added Ross.

Carbon Tracker found that Anadarko, Cabot Oil & Gas, CNRL, and Oil Search are putting the most pressure on growth. Regardless, fossil fuel companies maintain that they are dedicated to protecting the planet.

“We are committed to addressing important social issues and aspire to set the standard for private sector contribution to sustainable development,” Oil Search said in a statement on its website.

CNRL similarly paid lip service to protecting the environment by claiming that the company’s “goal is to develop resources in a responsible way.”

Carbon Tracker acknowledge in their study that humans generally respond well to incentives. However, they suggest that successful incentives don’t need to be focused on continued growth to be effective.

The study highlights incentives that can and should reward good management without requiring continued growth. It cites carbon neutral metrics such as safety and return on capital, rather than volume growth.

“The oil and gas industry is built on an economic model of growth and quick profit, but it is poised to drown in the wave it thinks it’s riding,” said Adrienne Block, senior fossil fuels attorney at Earthjustice, in an email.

“We see the climate crisis impacting lives around the world every single day,” Turnbull added. “Whether it’s continuing to expand in Texas or in Australia, everywhere that we’re expanding our fossil fuel production rather than phasing it out is a place where we are making the climate crisis worse.”

Carbon Tracker found only one company, Diamondback Energy, that did not incentivize growth. The report mentions that climate measures could be used more frequently as an incentive and metric of success. Executive pay could be directly linked to mitigating climate change through methods such as reducing emissions intensity and investing in renewables.

The group did find that nine companies had performance metrics that incentivized mitigating climate change. However, these companies also promoted growth of fossil fuel production, which the study points out almost completely nullifies pro-environment incentives.

Turnbull said, “Any company that claims they care about the climate crisis on one hand and then invests in the expansion of fossil fuels on the other is a company that is lying to the public.”