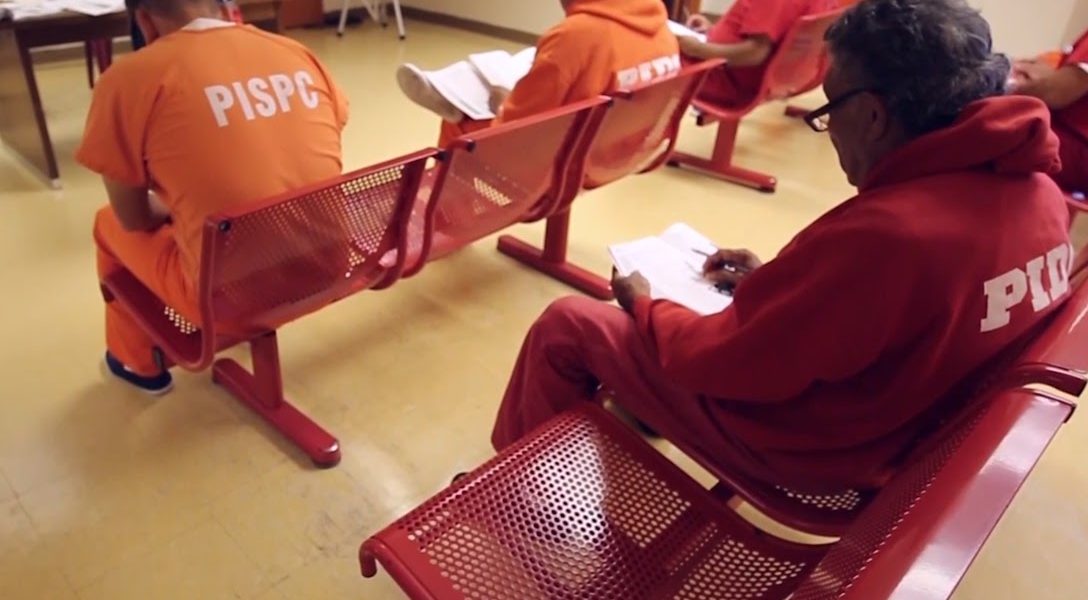 COVID-19: ICE Detention Centers Are a Disaster Waiting to Happen

Everybody now knows how to keep the coronavirus from spreading: Avoid getting too close to others, practice proper hygiene, and self-isolate when developing symptoms. However, none of these precautions are possible for the thousands of migrants at the southern border who have traveled to the US seeking a better life. As a result, they may find death.

While tens of millions of Americans self-isolate in their homes to reduce the risk of contracting or spreading the coronavirus, those detained at camps in the US or seeking asylum in Mexico have virtually no control over their own housing or healthcare.

Detainees at the Port Isabel Detention Center near Los Fresnos, TX, some of whom spoke to WhoWhatWhy for this story, sleep in pods of 70 or 80. They have no way to socially distance or otherwise protect themselves from the virus. According to several of them, they have received very few infection control guidelines, and the instructions they have received are ultimately useless because they have not resolved overcrowding. This may soon change due to developing lawsuits, but so far the detention center has been weeks behind the rest of the country in implementing updated safety protocols.

“Besides restricting visitors and no congregating at all for religious services, no other precautions have been taken that I know of,” said S.T., a detainee at Port Isabel who asked to remain anonymous.

Instead of reducing the risk by mandating distancing within the camps or releasing detainees, US Immigration and Customs Enforcement (ICE) has been arresting more immigrants and placing them in the centers.

A recent lawsuit, Jenny L. Flores, et al. v. William P. Barr, et al., is calling on ICE and the Office of Refugee Resettlement to promptly release eligible detainees or provide justification for retaining custody over them. In addition, the lawsuit demands that detention facilities follow the guidelines of the Centers for Disease Control and Prevention on sanitation. As of March 27, family residential centers said they will begin conducting regular, thorough cleanings of the facilities. They also said they will provide more soap and hand sanitizers, limit the number of people gathering in the common area, suspend schools in Pennsylvania and Texas, and stagger detainee’s mealtimes.

Before these changes, Port Isabel and other detention facilities stopped visitation to prevent outsiders from infecting the detainees. But even if no family members or sponsors have physical contact, ICE agents can still bring COVID-19 to those stuck in the camps.

Another detainee who asked to remain anonymous spoke about the conditions in Port Isabel.

“I heard they postponed some hearings and also stopped visitation,” H.J. told WhoWhatWhy. “However I think that’s not enough because they are still receiving big numbers of new detainees, and they are just bringing them with us and they don’t test them. The only way that the virus is getting its way to here is if one of the staff member brought it or through the new intakes.”

Prior to the Flores v. Barr lawsuit of March 28, the ACLU sued a Seattle-area ICE detention center to release those who are high-risk if they contract COVID-19.

“Public health experts have warned,” wrote Eunice Cho, ACLU attorney, “that failing to reduce the number of people detained — in particular, failing to release those particularly vulnerable to the disease — endangers the lives of everyone in the detention facility, including staff, and the broader communities they return to each evening.”

The coronavirus’s reach does not stop at the US border; however, asylum seekers in Matamoros, Mexico, are facing its dangers in a different way. Although the two sites are less than 40 miles apart, separated by the border, those in Matamoros might be receiving more attention than detainees in Port Isabel.

The asylum seekers who have risked their lives to travel to the settlement at Matamoros have been welcomed with medical support and special attention to COVID-19 care.

Half of the population at the Matamoros encampment is 15 years old or under, and 25 percent are under the age of 5. Older asylum seekers typically perish on their way to the camp, said Andrea Leiner, Nurse Practitioner in emergency medicine and director of strategic planning at Global Response Management (GRM).

For the refugees that reach Matamoros facilities, health strategies are implemented as soon as possible.

One refugee, who is an MD, has helped make preparations for the coronavirus by moving tents apart, opening windows for ventilation, and coordinating with GRM so that volunteers tend to newcomers’ needs.

Residents cannot practice frequent handwashing or showering due to facility limitations, but GRM personnel provide them with hand sanitizers and masks for the ill; they also ask that others participate in food runs in place of those who are sick.

Prevention is also a key component in treatment, so everyone is given zinc and vitamin D to boost their immune systems against this respiratory disease. Other medical conditions, such as diabetes or asthma, are discussed by clinicians so they know their patient’s baseline health status.

Severe cases will receive the most attention, but Leiner predicts that soon there will be too many illnesses to handle. The five public hospitals in the city of Matamoros do not have enough ventilators or ICU beds to treat residents of the camp in the event of an outbreak. For the time being, GRM is taking donations to set up a field hospital; they will need $200,000 to do so — 10 times the cost of what it takes to run the regular clinic.

This hospital will be set up in the middle of a field with no electricity or open water and will only provide the bare minimum of care. It will host 20 patients at a time. Leiner said this looks nothing like a standard intensive care unit.

“The population there is already pressed,” Leiner told WhoWhatWhy. “With the trauma, malnutrition and all the struggles, COVID-19 has the potential to hit harder. We see how chaotic it is at home in the US, and then we go there and see the few resources available.”

Leiner has invested a lot of trust in the GRM team. On one hand, the lack of resources scares her, but on the other hand, she finds her team’s experience and skill reassuring.

GRM cannot confirm whether they have seen any coronavirus cases, especially since many of the asylum seekers already come in with respiratory infection and flu symptoms. Getting test kits is out of the question for now because of shortages; even in the US, where financial resources are flooding toward COVID-19, not everyone can access a test.

Those detained in Port Isabel will have access to the infirmary, and if that can no longer hold patients, they will be outsourced to another hospital, said a local volunteer who works with detainees. But this volunteer is worried that they will not have any ventilators available.

As the situation worsens for detainees and asylum seekers, Leiner and the Port Isabel volunteer fear what may come due to the lack of resources and sanitation, and the impossibility of social distancing. If the virus reaches this camp and others like it, things may quickly go from bad to worse for the detainees.