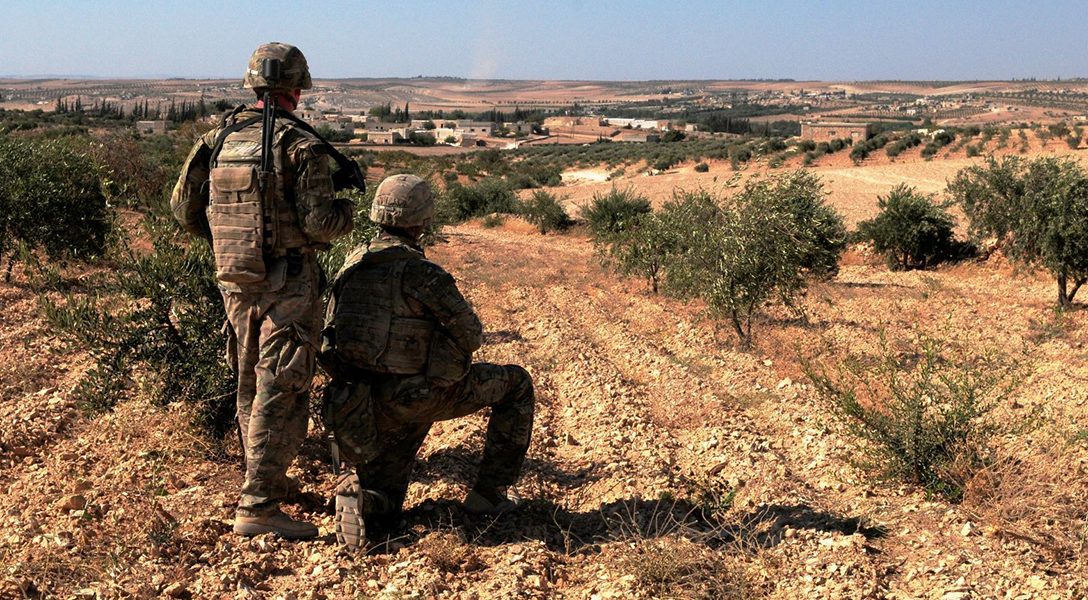 US Soldiers observe Turkish forces in the distance during a patrol outside Manbij, Syria, on August 19, 2018. Photo credit: US Army
Government Integrity

Trump’s Decision to Abandon US Allies in Syria: More Than Meets the Eye

On the face of it, President Donald Trump has abandoned the key US ally on the ground in Syria, thrown a monkey wrench into the war against the Islamic State, and empowered adversaries including Russia and Iran.

Upon a closer look, he may just have gotten the US out of an untenable situation, and increased its diplomatic leverage, including by shocking friends and foes alike.

To be sure, the Syrian Kurds, who have borne the brunt of the ground war against ISIS, are livid. The largest stateless people in the Middle East, they’ve been betrayed time and again by patron foreign powers. Many of Trump’s top officials are also upset — two of whom, including former Secretary of Defense James Mattis, have already quit over the move.

Yet WhoWhatWhy has written extensively in the past about the weaknesses of the US position in Syria, particularly vis-a-vis Turkey, which has NATO’s second-largest army and is well-positioned to play spoiler in the area.

The US move to depart Syria, some experts such as the University of Oklahoma’s Joshua Landis say, will also force others to assume the American liabilities and increase US leverage vis-a-vis enemies such as Iran.

What is behind Trump decision on #Syria besides fear of war with Turkey? Trump preparing for elections and reverting to his campaign promise: end stupid wars.

US cannot "confront" Iran effectively while alienating Turkey. Arming KSA is not enough strength for a Mid East policy. https://t.co/Fm22uRwvBH

Turkey has undermined US policy of confronting Iran. Why? B/c US attacked Turkey by arming & training YPG/Kurds. Erdogan's drip, drip Khashoggi strategy brilliant. Kicked legs out fr under Trump's Saudi policy. Congress is voting against Saudi. US needs TR on board to hurt Iran.

Far from jubilating over the US retreat, moreover, rivals — including Russia — are reportedly perplexed. For Russia, arguably a far bigger feat would have been to draw the US into a conflict with NATO-ally Turkey in Syria.

Besides, Putin, who according to different tallies has announced no fewer than three withdrawals from Syria in recent years, likely has his own reasons to doubt America’s sincerity.

Even Turkey, seen as the main beneficiary of the move, was caught off guard. When Trump first announced his decision in a phone call with Turkey’s President Recep Tayyip Erdogan, the Turkish strongman was reportedly so shocked that he was left in the comic situation of having to ask that the US postpone its withdrawal because Ankara was not fully prepared for it.

Syrian President Bashar Assad also stands to gain from the move, and Kurdish forces are widely expected to surrender control over key oil wells in the country’s east, and ally themselves with his regime in order to seek protection from Turkey. But how that will play out is anybody’s guess. Aside from traditional US opponents such as Russia and Iran, several other Western allies, including France and Israel, are reportedly clamoring to fill the void.

We are following this complex and unpredictable situation closely. Stay tuned.