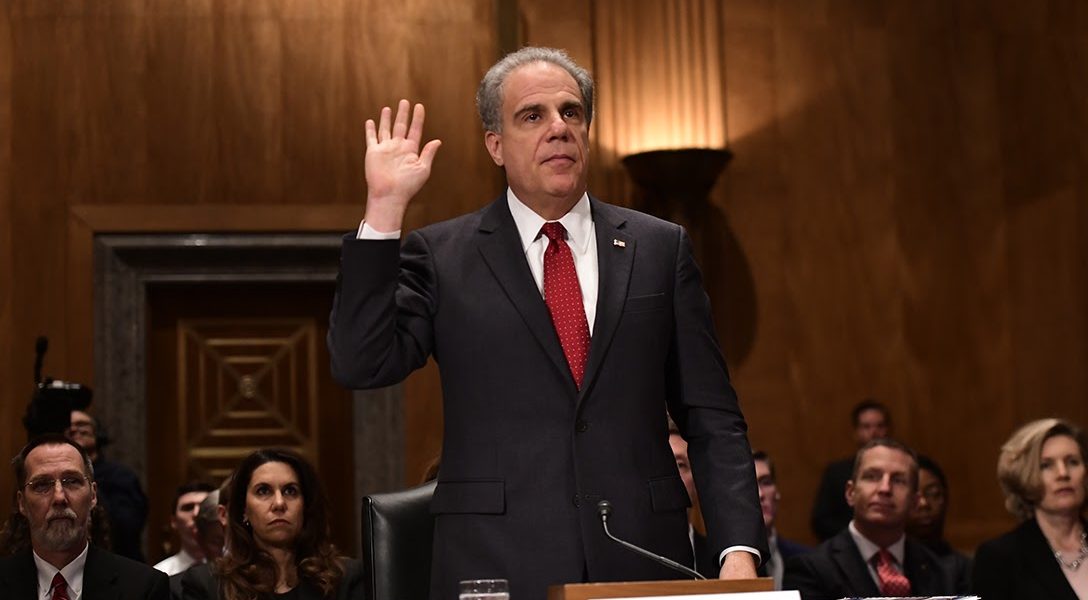 With the attention in Congress focused on the Senate impeachment trial, it is not surprising that a House hearing on whistleblower protections — which is directly related — received little notice.

While President Donald Trump is the most prominent critic of whistleblowers — in particular the person whose revelations triggered his impeachment — other high-ranking administration officials have failed to protect those coming forward to report waste, fraud, and abuse.

“Failure to take action sends a message to agency managers that reprisal will be tolerated and also to potential whistleblowers [that they] will not be protected.”

“Recently, we’ve seen a disturbing trend of the Defense Department (DOD) disagreeing with the results of our investigation or not taking disciplinary action in whistleblower reprisal cases without adequate or persuasive explanations,” Glenn Fine, the Pentagon’s acting inspector general (IG), said in his testimony. “Failure to take action sends a message to agency managers that reprisal will be tolerated and also to potential whistleblowers [that they] will not be protected.”

Michael Horowitz, inspector general of the Department of Justice (DOJ), noted that for over 40 years (since enactment of the Inspector General Act in 1978) information provided by whistleblowers “has played a central role in the ability of Inspectors General to conduct non-partisan, independent oversight of federal programs and operations.” (Horowitz is also chair of the Council of the Inspectors General on Integrity and Efficiency).

Horowitz told the House Committee’s Government Reform Subcommittee on Government Operations that one of his “highest priorities has been to educate federal employees about the importance of whistleblowing, and to ensure that those who blow the whistle are protected from retaliation.”

Other witnesses testifying on Tuesday suggested that Trump is doing lasting damage. Subcommittee Chairman Gerry Connolly (D-VA) believes these attacks will have a “chilling effect on those who in other administrations would otherwise have come forward to expose wrongdoing.”

“Without such investigations to protect whistleblowers from reprisal, individuals who can help save taxpayers’ money — and possibly even save lives — may not report crucial information about wrongdoing and waste.”

The numbers back him up. Weeks of attacks from Trump and administration-friendly media outlets have made government employees more cautious about blowing the whistle. According to a recent survey of federal government civilians (non-DOD), DOD civilians, and active duty military, more than one-third of respondents said they are now less likely to report an act of perceived wrongdoing.

Horowitz noted that he and other IGs believe that “individuals who bring information about waste, fraud, abuse, and gross mismanagement to our offices should be lauded for working within the laws, rules, and regulations that have long existed to encourage and protect whistleblowers.”

The alternatives would be staying quiet or leaking the information to the media or others. Fine’s office is also responsible for looking into allegations that whistleblowers have suffered reprisals from military or civilian authorities for coming forward with charges of wrongdoing.

“Without such investigations to protect whistleblowers from reprisal, individuals who can help save taxpayers’ money — and possibly even save lives — may not report crucial information about wrongdoing and waste,” Fine said.

One problem, Fine said, is that his office has been tasked with investigating an increasing number of cases on a budget that has not risen to match the larger caseload: “It is a challenging task, particularly given the burgeoning whistleblower reprisal caseload within DOD, as well as the flat level of resources for the OIG. However, we are committed to this critically important mission.”

Only Whistleblowers Can Save Democracy