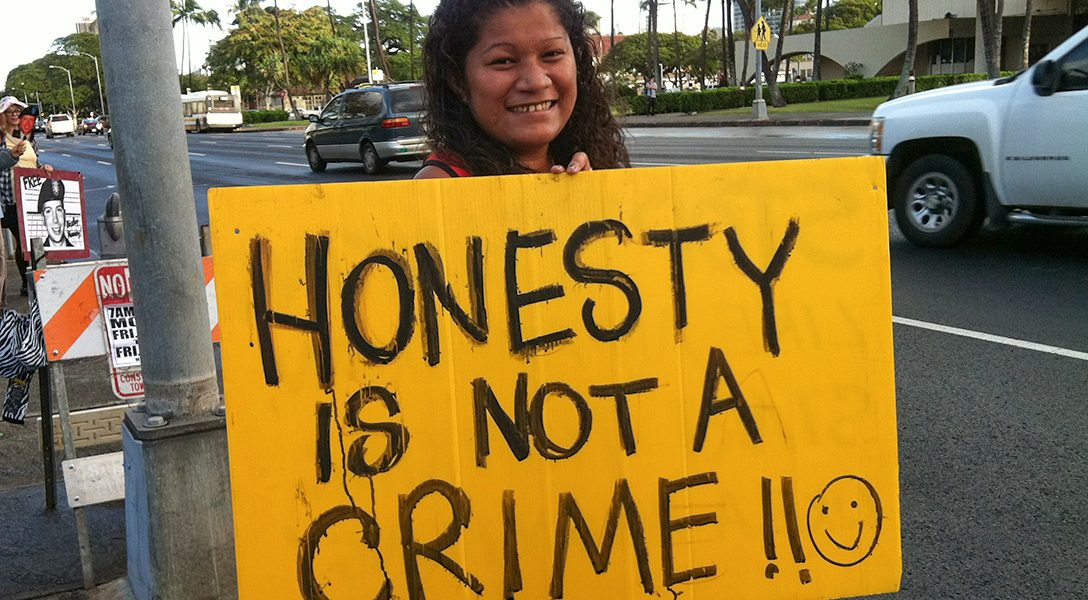 As recently as this summer, it looked as if an effort by some House Democrats to impeach President Donald Trump had stalled. House Speaker Nancy Pelosi (D-CA) was reluctant, and most voters, including many Democrats, were opposed.

Fast forward to October, and everything has changed, with the House set to hold its first impeachment-related vote tomorrow, setting the rules for public impeachment hearings.

Over the past two months, the administration’s own documents, the remarks of Trump’s chief of staff Mick Mulvaney, and the testimony of State Department witnesses have corroborated the claim that Trump held up military aid to Ukraine to pressure President Volodymyr Zelensky to investigate Trump’s Democratic rival Joe Biden and to look into purported Democratic collusion with Ukraine to influence the 2016 election. The vast majority of Democrats, and nearly half of independents, now support impeachment.

But that whole chain of events depended on one intelligence community whistleblower. And the fact that the whistleblower’s complaint ever made it to Congress had more to do with good fortune than good law, whistleblower advocates say.

The whistleblower could easily have been thwarted in his or her attempts to sound an alarm, she said. That’s because “the law that supposedly protects intelligence community whistleblowers is such a mess. … It is such a patchwork.”

It Takes a Whistleblower to Know One

For starters, a whistleblower in the intelligence community has to hunt up the laws and directives that pertain to whistleblowing; they are not in one place.

There are eight laws that have something to say about it, Goitein says. They include the Intelligence Community Whistleblower Protection Act (ICWPA) and several other statutes, such as the 2014 Intelligence Authorization Act and the Foreign Intelligence Surveillance Act, which extended whistleblower protections to intelligence community contractors.

But that’s only the beginning. Whistleblower protections and rules for filing complaints are also supplemented by presidential directives as well as agency regulations.

“It’s like some kind of Rube Goldberg thing,” she said. “You would have to hire lawyer upon lawyer to make sure you were following all of these rules correctly. And these are people who are just trying to perform a public service… It’s incredibly difficult for them.”

Consider, for example, the conflicting advice Congress gives about filing complaints. One provision of the ICWPA states that whistleblowers are protected if they report waste, fraud, and abuse to the intelligence community inspector general (ICIG), the director of national intelligence (DNI), or to members of the House and Senate Intelligence Committees.

But another provision of the same law lays out a more restrictive process. The whistleblower must take a complaint to the ICIG, who then decides whether the complaint “appears credible” and constitutes an “urgent concern.” The IG then must forward the complaint to the DNI, who sends it on to the House and Senate intelligence committees.

“Everything depends on reporting the right thing at the right time to the right person,” Goitein says. But in this case, acting DNI Joseph Maguire decided not to send the complaint to the intelligence committees — not because he didn’t think it was important, Goitein says, but because of a “hyper-technical definition” in the law.

To be an “urgent concern” the complaint must address something within the jurisdiction of the DNI, she explains. Maguire did not believe he had any authority over the president’s calls to foreign leaders, and the Justice Department agreed with him. So he sat on the complaint.

The complaint could easily have been buried, Goitein speculates. But IG Michael Atkinson let the House Intelligence Committee know of its existence, and followed up with a second letter that stressed the serious concerns it raised. The Washington Post began digging, and speculated about the complaint’s contents. The New York Times followed suit, and the hunt was on.

However, as late as September 18, reporters were spinning their wheels, trying to pin down the identity of the foreign leader whom Trump called, and why the whistleblower found the call concerning. They were finally able to piece together the Ukraine angle after unnamed officials leaked key information.

Ultimately, on September 25, the White House released a summary of the call, followed by Maguire’s delivery of the full complaint to Congress that evening.

But it took well over a month between the date the complaint was filed — August 12 — until Maguire finally sent it to Congress. Absent the leaks to the media, Goitein believes “it was highly unlikely” the White House would have permitted the complaint to be disclosed.

It’s difficult for whistleblowers to be protected, even if their complaints are buried.

Any whistleblower, Goitein says, “has to be incredibly brave” to try to sound the alarm.

That’s because a whistleblower who manages to follow all the rules still lacks real protections against retaliation. On paper, laws on the books protect whistleblowers from being fired, demoted, or deprived of their security clearances by their government bosses. But Congress delegated enforcement of these protections to the executive branch.

No Penalty for Retaliation

In 2012, President Barack Obama issued a presidential policy directive that spelled out an appeals process for intelligence employees who face retaliation. Employees must first go to the inspector general of the agency that employs them, who then reviews the allegation of retaliation. If the agency IG dismisses it, whistleblowers are entitled to “an external” review before a panel of three inspectors general.

But even if the IG or a review panel sides with the whistleblower and recommends “corrective action,” such as reinstatement, that doesn’t mean anything will change.

It’s up to the head of the whistleblower’s agency to make that call.

“So retaliation is prohibited but it’s hard to enforce and there’s no penalty if you break that law,” Elizabeth Hempowicz told WhoWhatWhy. Hempowicz is director of public policy for the Project on Government Oversight (POGO). “It’s really ridiculous.”

POGO has recommendations for strengthening protections for intelligence community whistleblowers, bringing the rules more in line with how other federal whistleblowers are treated. One recommendation is to “consolidate the law” in one place, and “simplify it” so “you don’t have to have an advanced degree to understand your legal protections,” Hempowicz says.

Enforcement provisions that apply to retaliation against whistleblowers also should be part of the law, she adds. And whistleblowers whose complaints are dismissed by an internal process should have the ability to seek redress for retaliation in a federal circuit court, as other federal workers may do.

“Congress wrote the law with the intention that the executive branch would figure out how to enforce it,” Hempowicz says. “When we are talking about the value of the intelligence community and the value that whistleblowers bring in terms of [congressional] oversight, that was a big mistake.”

Goitein agrees. Whistleblowers are crucial to a government that “functions efficiently, effectively, and lawfully,” she says. “You cannot ensure that, if waste and abuse can simply be buried, and the only people who are in a position to know that are inside the agencies. If they are silenced, no one’s going to know about it, and nothing will change. We’ll continue to have government that’s acting badly. That’s in no one’s interest.”