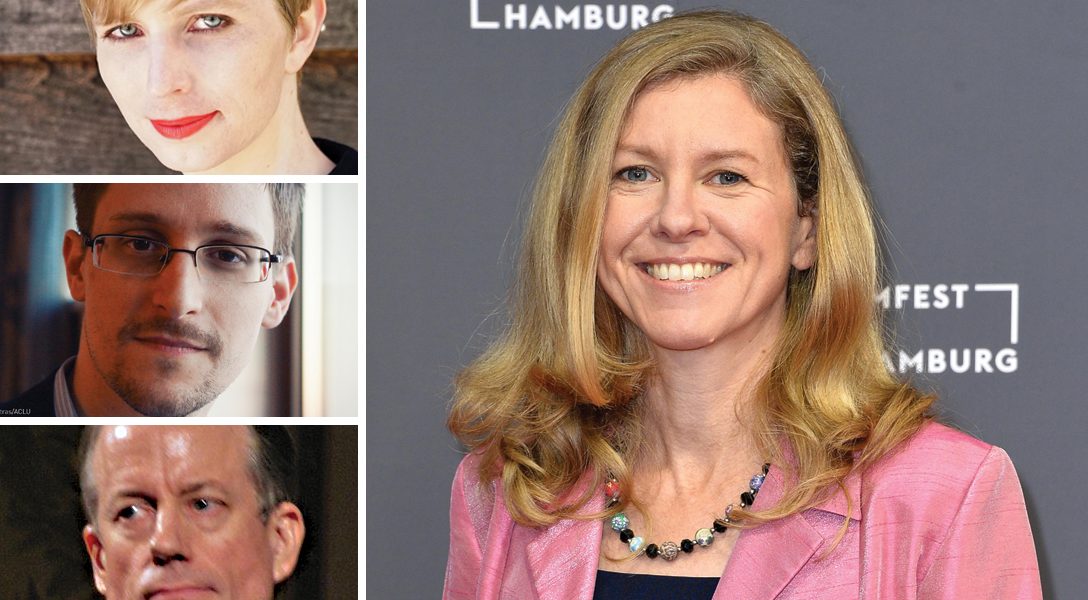 “I have only ever followed my conscience.” — Katharine Gun

In 2003 Katharine Gun told the world about a secret plan by the United States and British governments to spy on United Nations diplomats reluctant to support America’s decision to invade Iraq.

The story of Gun, who was hailed for her courage and only narrowly avoided legal consequences for the decision to speak out, is rightly celebrated in the recent movie Official Secrets, starring Keira Knightley. But, although more than 15 years have passed, little has changed for people like her. Government, intelligence, and national-security whistleblowers remain largely unsupported by law, and sometimes vulnerable to prosecution simply for speaking up. We see this clearly in the current Ukraine whistleblower case.

Katharine Gun’s revelations were profound. Her disclosures informed US and UK citizens that their governments had deceived them to pursue an illegal war in Iraq — a war that has led to the deaths of hundreds of thousands of civilians and thousands of coalition troops.

Her impact was significant: a formal investigation commissioned by UN Secretary General Kofi Annan, and the resignation of the UK attorney general’s legal adviser and two senior Labour MPs, all of whom departed in protest of the activities she revealed.

But no whistleblower protection laws helped Gun during this time. She was charged on November 13, 2003, with breaking the Official Secrets Act. Although the case against her was dropped a year later for reasons that remain unclear, she was left to struggle largely on her own, with only a little support from the media, the human rights group Liberty, and a handful of politicians.

But that was then, right? Surely things are changing for the better, with recent calls from across the Western world to revise whistleblower protection laws.

However, isolating government and national-security whistleblowers, leaving them legally exposed, and in some cases prosecuting them still seems to be a global phenomenon. In the US, whistleblowing protections for intelligence staff are weak and largely ineffective.

Furthermore, a number of high-profile intelligence and national-security whistleblowers have been punished for revealing systematic human rights violations conducted by the state, including Chelsea Manning, Thomas Drake, and John Kiriakou. Reality Winner remains in prison for leaking a half-page document about Russian attempts to gain information about the US election process.

It is with this in mind that Edward Snowden refuses to return to the US. There is little doubt he would be convicted under the Espionage Act, which has been criticized for being unsuitable to whistleblower cases and for prohibiting a “public interest” defense.

Commentators are fearful for the intelligence whistleblower currently speaking out about alleged abuse of power by Trump. Should that person be named, and targeted for investigation by government officials seeking to diminish the claims, he or she might face a fate similar to that of Manning or others. Cases in Australia, Ireland, and many other countries highlight the ubiquitous isolation of this group.

It appears that state institutions in many places are happy to make laws to protect those who call out corruption, just so long as they don’t focus on the state’s own activities. In some instances, intelligence communities actively interfere with the passing of such whistleblower protections. According to Tom Devine of the Government Accountability Project, two senior House Intelligence Committee members threatened to kill the US Whistleblower Protection Enhancement Act in 2010 if national-security rights were included.

This is not simply a US issue. Five months ago government transparency advocates celebrated the approval of the new EU whistleblowing directive in Brussels, the widest set of protections for whistleblowers to have been introduced anywhere in the world. Countries have 18 months to  implement these new rules.

The changes are significant: They provide minimum standards for whistleblower protections across all member states. The EU directive is to be welcomed. But despite its sweeping measures to protect employees, one group remains out in the cold: government and national-security whistleblowers.

This summer, a whistleblowing-focused debate at the UK House of Commons called for improvements to the UK’s flawed Public Interest Disclosure Act. The debate and associated report focused on the importance of protecting National Health Service and financial services whistleblowers, but government whistleblowers were again ignored. There was a notable silence about the rights of staff in the very Westminster buildings where the debate was happening.

How should we respond? The best way to ensure healthy democratic institutions is to foster a culture of criticism from within, as enshrined in the US First Amendment and the idea of a free press. Edward Snowden has called for a transnational organization — similar in concept to the United Nations — for the protection of genuine whistleblowers who speak out against the state. Others argue for a reworking of the new EU Whistleblower Directive to include this group.

Katharine Gun sure could have used such protections. Her remarkable story shows us that real-life heroines deserve support. But vindication in the media is no substitute for the legal protections and real support that whistleblowers often lack after speaking out. These are absolutely essential if we are to avoid the kind of brutal and dramatic retaliation against whistleblowers depicted in Official Secrets. The openness of our democracies is at stake.