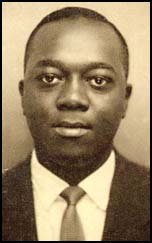 The story of Abraham Bolden, the first African American on the Secret Service’s White House Detail, is unforgettable. Bolden realized that John F. Kennedy was in danger from his own right-wing, racist Secret Service agents, said so, and was horribly punished. He was railroaded on trumped-up criminal charges, then put into forced psychiatric incarceration.

Over the years, the truth has gradually come out, though, and Bolden, now 78, is beginning to be accorded the honor and respect he deserves.

The latest move in the rehabilitation of Bolden’s reputation is a petition to have his false conviction expunged from the record. That petition can be found here.

For more on Bolden’s story, see this video we posted back in May. For more on the Secret Service, see this, and for more on presidential security, see this.

Oh, and did we mention there’s a petition for Bolden? There is, here.