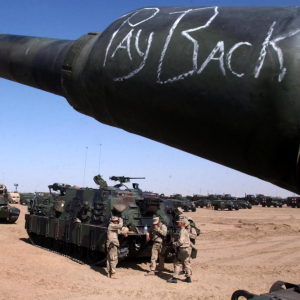 Saudi Connections to ISIS? Nah, Can’t Be True After 9/11… Getting payback (or is it blowback?) in Iraq and Syria

Now that the U.S. is back at it in Iraq against a new foe, there’s suddenly renewed focus on evidence of Saudi involvement in 9/11.

More specifically, questions are now being asked about whether the U.S. government’s suppression of what it learned about Saudi Arabia during the 9/11 investigations contributed directly to the rise of the Islamic State in Iraq and Syria.

Former Sen. Bob Graham, who co-chaired the official 9/11 inquiry, told Counterpunch that “the failure to shine a full light on Saudi actions and particularly its involvement in 9/11 has contributed to the Saudi ability to continue to engage in actions that are damaging to the U.S.—and in particular their support for ISIS.”

Though it’s now well-known that there was some Saudi involvement in 9/11, WhoWhatWhy was the first news organization to uncover the fact that a Saudi in Florida, who hosted the hijackers, worked directly for the Saudi prince in charge of aviation. We also pointed out that there was no hurry to dig deeper into the story by the mainstream media.

The direct contacts we established are a crucial part of the story. So too is the FBI’s reluctant admission that it knew about—and covered up—“many connections” between a Saudi family and the hijackers. Then there’s also the information contained in 28 pages redacted from the congressional report on 9/11, a part of the puzzle getting a new look in the New Yorker thanks to the ISIS news peg.

What all this leads us to ask is this: Why is the U.S. once again plunging into a fight that is at least partially of its own making? (That’s to say nothing of the contribution of America’s failed policy in Iraq to the current fiasco.) ISIS is yet another example of a militant group that grew into a threat in large part due to the support of an ostensible ally.

In this latest case, said ally is going to be hosting training camps for moderate Syrian rebels, who are supposed to be some of the boots-on-the-ground against ISIS. This couldn’t possibly be a bad idea, could it?

That Saudi Arabia has a role, either tacit or implicit, in funneling money to Islamic militants is no secret to anyone, least of all the United States government. Hilary Clinton, when she was Secretary of State, was explicit in her request to put greater pressure on the Saudi government to knock off its loose approach to jihadi financing.

“Saudi Arabia remains a critical financial support base for al-Qa’ida, the Taliban, LeT, and other terrorist groups, including Hamas, which probably raise millions of dollars annually from Saudi sources,” Clinton wrote in a Dec. 30, 2009 cable obtained by WikiLeaks.

Haven’t we seen this before? An ally that, for its own foreign policy or domestic political reasons, supports (or turns a blind eye to homegrown support for) groups that fight directly against the United States? You could start with Pakistan’s nurturing of al Qaeda and the Taliban, which began with the CIA’s backing of Afghan mujahideen who counted Osama bin Laden among their benefactors.

This latest episode of the U.S. vs Jihadis show is clearly a repeat, like a ham-handed Hollywood remake of a beloved TV series from an earlier time. At least the recurring characters are familiar.

Now, it looks like it’s the Saudis again—at a minimum, by way of a laissez-faire attitude toward fundraising on its soil—as well as rich Qataris and Kuwaitis. Official Washington, the powerful interests behind the scenes and the think-tanks allied to them would tell you otherwise, although there is some dissent.

So the cycle of post-9/11 warfare continues, with minimal official scrutiny of the history of how it started. Any guesses as to why it keeps going with no end in sight?