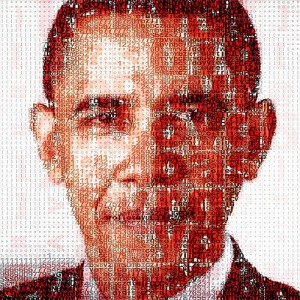 Washington’s hunger to know everything about its citizens seems to be matched only by its reticence in revealing its own activities to its citizens.

This was true of George W. Bush, and it is no less true of his successor, Barack Obama. At first, Obama promised reform. As a candidate, he criticized the Bush administration’s “none of your business” approach toward public inquiries into government decisions. And as a new president, Obama proposed to dramatically open up the process and to let transparency be the norm.

Yet, as his “information czar,” Obama chose his friend Cass Sunstein—a Harvard professor who seemed less interested in fostering debate than in suppressing it. In fact, while in academia, Sunstein had  written a controversial paper calling for government agents to “cognitively infiltrate” Internet chat rooms to discourage speculation about “conspiracies.”

One consequence of this desire to discourage dark thoughts about power is seen in the Obama Administration’s foot-dragging on the release of JFK assassination records in the months and years approaching  the 50th anniversary of that event. The Obama administration even put a CIA person with ties to that agency’s disastrous 9/11 intelligence in charge of the overall document declassification process.

At WhoWhatWhy, we wrote on several occasions about Sunstein and the Orwellian double sword of a disclosure mandate that worked against disclosure. Sunstein attracted his share of criticism, and in the summer of 2012, as Obama was trying to rally his base for the re-election campaign, the “czar” quietly left the administration. But even with Sunstein gone, the Administration continues to delay declassifying key JFK assassination documents.

But there is more.

The latest move to prevent us from knowing what is going on relates to so-called transparency policies whose fine print instead does the opposite—by effectively blunting the stated intent of the regulations.

The new policy is presented as an entirely forward-looking one. Government agencies are ordered to make life easier for those seeking federal data, by releasing it in a form that makes it easier to analyze it. And that, of course, sounds great.

But buried in the middle of a section on “definitions” is something that most might miss—and that might turn out to be the real purpose of the new policy. It reminds us of how vigilant you need to be in reading notices from all manner of institutions—whether your bank or your power company—on changed terms and conditions.

The suspect phrase refers to something called “the mosaic effect.” Government officials are told that they must consider this “effect” when deciding what to release and what to withhold.

The mosaic effect occurs when the information in an individual dataset, in isolation, may not pose a risk of identifying an individual (or threatening some other important interest such as security), but when combined with other available information, could pose such risk.

Before disclosing potential personally identifiable information (PII) or other potentially sensitive information, agencies must consider other publicly available data – in any medium and from any source – to determine whether some combination of existing data and the data intended to be publicly released could allow for the identification of an individual or pose another security concern.”

Get Those Black Markers Out

Is this an ominous development? You bet your black marker.

The result? Documents that were previously released, either in full or in redacted form, might now never see the light of day.

Let’s imagine that, say, the government’s failure to release documents related to the JFK assassination rouses public anger to such a pitch that media pressure (this really takes imagination) finally forces the government to consider opening up the fifty-year-old files to public scrutiny, with names and other identifying info blacked out, purportedly to protect “sources and methods” from half a century ago.

But wait — under the newly articulated Mosaic Doctrine, if there is even the remotest chance that some enterprising citizen or sleuth could use the unredacted material, along with other information already available, to figure out some of those names, a bureaucrat could simply withhold all the information.

Indeed, government officials could pretty much withhold anything they wanted to.

Is this progress? Are we glad that the forces of “change” are now in charge?

This latest development came to our attention via the IRE Journal, the magazine of the national organization Investigative Reporters and Editors, of which WhoWhatWhy is a member. (That article is not linkable.)

But what the fine article in the IRE Journal did not point out is who exactly is behind this little clause—and what it might actually be about. The people nominally in charge of transparency are the folks at the Office of Information and Regulatory Affairs, which is part of the White House’s Office of Management and Budget. But was this clause their idea?

The answer can be teased out of the following paper, which we found at Data.Gov, an official government site whose motto is “empowering people”.

The title of the paper is “National/Homeland Security and Privacy/Confidentiality Checklist and Guidance,” and the key paragraphs are:

The Open Government Initiative Privacy and Security Working Group (“Working Group”) is an interagency group led by the National Security Staff. The Working Group is composed of Executive Branch agencies with specialization in the security and privacy realms. It developed the screening procedures outlined in this document to help reduce the risk associated with the mosaic effect, in which datasets that pose no disclosure threat by themselves can create a national/homeland security concern or produce identifiable information when combined with other datasets. This is of particular concern for datasets available in formats that are conducive to mash-ups, as are the datasets at sites such as Data.gov.

The Working Group will continue to evaluate, and where appropriate, enhance Federal data dissemination guidelines to guard against intentional and unintentional unmasking of sensitive or personally identifiable information and/or national/homeland security-sensitive information. As additional opportunities to enhance policies and procedures for evaluating datasets for mosaic effect concerns are developed, agency training will be provided.

What is the possibility that the same agencies which are increasingly conducting surveillance of American citizens are sympathetic to our privacy concerns? That these agencies want to urge caution in the release of documents so that the public is protected?

Isn’t it more likely that they would act instead in a way consistent with defending their own interests, as demonstrated over not just years but decades? That is, collect as much information as possible, and tell the public as little as possible.

We’ve been asked for an awfully long time to accept on faith that these people are looking out for our safety. But when the end of the Cold War brought no more transparency to Washington’s behavior, thoughtful folks began to wonder. Two decades later, the question remains: whose interests, really, are being protected under the current system?

To get some answers, I did what every concerned citizen in an open democracy is free to do: I called Washington. I spoke to a fellow named Jamal at the Office of Management and Budget, who suggested I send an email. So I did:

I wonder if someone can speak to me—phone or email—about information policy? I’m particularly interested in administration guidelines mandating that governmental agencies release data in a form that is easily usable by the public and media. Am also interested in learning more about the Open Government Initiative Privacy and Security Working Group.

To this, I got the following super fast reply from another staffer, named Ari:

This pretty much blew my mind, because Ari was using the journalistic term “on background”—which typically refers to confidential material being provided to journalists in return for their not identifying the source. But here Ari was invoking it for links to publicly available material. I wrote Ari back, asking him if this was some kind of joke.

He wrote me right back, not to address my question, but to ask me how he might help.

Hi Russ – if you have specific questions that aren’t addressed by the policies on those pages, feel free to send them over. Thanks !

I replied to ask whose idea it was to frame the “mosaic effect.”

That was July 25. And I have not heard back.