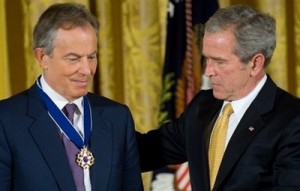 For more on the Bush-Blair-Gammell relationship, please see pages 432-436 in my book, “Family of Secrets: the Bush Dynasty, America’s Invisible Government, and the Hidden History of the Last Fifty Years”.