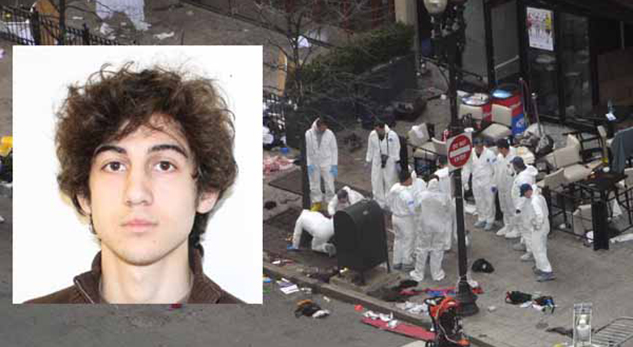 U.S. District Judge George O’Toole–in his third motion denying a change of venue for the Boston Marathon bombing trial–boasted again that “the process of interviewing prospective jurors in person … is proving successful.”

O’Toole pointed to a particular juror as an example of fair-mindedness:

One human resources professional explained that it was a common occurrence in her experience for her initial impression of the merits of a workplace controversy to be altered or even reversed when she had information from a fuller or more careful investigation, and so she had learned to keep her judgment suspended until she had all the necessary information.

The court interviewed this particular juror on Jan. 22, the fifth day of voir dire, as the individual questioning of prospective jurors is known.

However, the human resources professional O’Toole cited as a voir dire success story made quite a few statements the judge declined to note in his ruling. Among them:

“It’s hard to not think that he’s [the defendant is] guilty. ”

In addition, this prospective juror has a “Boston Strong” bracelet and attended a fundraiser for victims with several couples. One of her colleagues is a former FBI agent on the witness list. She said she would weigh the testimony of that witness just as she would any other. She also knows someone who was emotionally harmed by the bombing. That person, she said, still hasn’t talked about what she saw.

Not Moving, Despite the Motions

A stunning 68 percent of jurors have expressed the opinion that Tsarnaev is guilty, a point the defense made in its latest motion to move the trial. Others are confused about the prosecution’s burden of proof, saying they want the defense to show that Tsarnaev is not guilty. One said she would vote guilty even if the prosecution failed to make its case. Another said Tsarnaev should be blown up at the finish line.

Throughout the proceedings, O’Toole has said he was “making real progress.” He also repeatedly said the defense filings showing prejudice of jurors were “misleading” and “improper” though he apparently has had no legal basis to discipline them.

Through Feb. 6, O’Toole, prosecutors and defense lawyers for Dzhokhar Tsarnaev have questioned 157 prospective jurors. That’s 12 days of voir dire and the start of testimony has been postponed indefinitely because of the slow pace of juror questioning. Testimony had been scheduled to start at the end of January.

Proceedings resume on Wednesday, having been postponed for the first two days of the week because of heavy snow.

Ultimately, the court is looking to seat 12 jurors and six alternates. To get there, the judge is likely to qualify about 70 jurors. From that total, each side can disqualify 20 jurors via a process known as a peremptory challenge, as well as three each of the alternates. That’s more than in an ordinary trial, because, the judge points out, this is a capital case.

The latest change of venue request is now before the First Circuit Court of Appeals. The appeals court voted 2-1 against the defense in a prior request. Generally, appeals courts are loath to reverse judges during trial.

Tsarnaev, 21, has pleaded not guilty to detonating two bombings near the marathon finish line on April 15, 2013. Three people were killed and more than 260 were injured. He is also charged in the fatal shooting of MIT police officer Sean Collier, in what the indictment describes as an unsuccessful attempt to get his weapon. Of the 30 charges he faces, 17 of them carry the death penalty or life in prison.