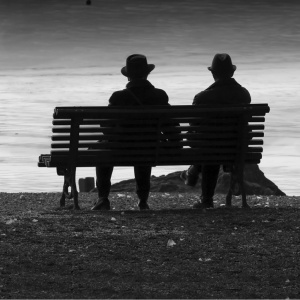 How is it that the CIA has always found ways to spend past the means of its “black budget?”

In this fourth exclusive excerpt from author Peter Dale Scott’s new book “The American Deep State: Wall Street, Big Oil and the Attack on US Democracy,” the professor emeritus of English at Berkeley and former Canadian diplomat lays out how the CIA has run slush funds since its inception.

In it, Scott marshals evidence that the proceeds of several US-Saudi arms deals are the common denominator tying together every major “deep state” event involving the U.S. since 1976.

If you’d like to read more, please check out this excerpt detailing the hidden hands of the Continuity of Government Group aka the Doomsday Project, another on its resurgence after 9-11, and this analysis of how the revolving door between the CIA and Wall Street shapes global events.

Since it first began to be involved in covert operations, the CIA has always been able to draw on funds that were not specifically authorized by Congress for that purpose. Allen Dulles, while still a lawyer at the influential Wall Street firm of Sullivan and Cromwell in New York, was able to arrange for this.

In 1946, General Vandenberg, as Director of Central Intelligence (DCI), recruited Dulles “to draft proposals for the shape and organization of what was to become the Central Intelligence Agency in 1947.” (1) Even earlier, Dulles began campaigning successfully to reconstruct Western Europe through what became known as the Marshall Plan. (2) Together with George Kennan and James Forrestal, Dulles also “helped devise a secret codicil [to the Marshall Plan] that gave the CIA the capability to conduct political warfare. It let the agency skim millions of dollars from the plan.” (3)

The CIA also made systematic use in Asia of self-financing drug trafficking forces to increase its covert influence — in Thailand and Burma, then in Laos and Vietnam, and most recently in Afghanistan. (5) With America’s expansion overseas, we have seen more and more covert programs and agencies, all using drug traffickers to different and opposing ends.

In 2004, Time and USA Today ran major stories about two of the chief Afghan drug traffickers, Haji Juma Khan and Haji Bashir Noorzai, alleging that each was supporting al-Qaeda, and that Khan in particular “has helped al-Qaeda establish a smuggling network that is peddling Afghan heroin to buyers across the Middle East, Asia and Europe.” (6) Later it was revealed that both traffickers were simultaneously CIA assets, and that Khan in particular was “paid a large amount of cash by the United States,” even while he was reportedly helping al-Qaeda to establish smuggling networks. (7) There is no longer anything surprising in the news that large US payments were made to a drug trafficker who was himself funding the Taliban and al-Qaeda. The arrangement is no more bizarre than the CIA’s performance during the US “war on drugs” in Venezuela in the 1990s, when the CIA first set up an anti-drug unit in Venezuela, and then helped its chief, Gen. Ramon Guillén Davila, smuggle at least one ton of pure cocaine into Miami International Airport. (8)

CIA clients, like Kodama Yoshio in Japan, also received and distributed millions of funds from Lockheed to secure military contracts, in which a percentage was kicked back to local agents who time after time were also, like Kodama, assets of the CIA. (9) The CIA knew about this operation but has never admitted involvement in it, even after it was revealed that the U.S. Air Force also had a hand in a Lockheed payoff program, code-named “Operation Buttercup.” (10) Lockheed’s system of payoffs was worldwide; and there was CIA involvement with it in at least four other countries: the Netherlands, Italy, Indonesia and Saudi Arabia. (Lockheed, the builder of the U-2, was a major CIA-cleared contractor.) (11)

Ten times as much money, $106 millions in commissions, went from Lockheed to another important CIA asset, the Saudi arms dealer Adnan Khashoggi. Khashoggi’s political advisor for two decades was Miles Copeland, a veteran of first CIA and then the CIA’s contractor Booz, Allen, & Hamilton, a consulting company that also worked with big oil. Khashoggi in turn dished out money from Lockheed and other defense companies to political leaders around the world, including America. In the United States, of course, the CIA was forbidden to make the payments to right-wing politicians that characterized its behavior in the rest of the world. But no such prohibition applied to Khashoggi. According to Anthony Summers,

Khashoggi had courted Nixon in 1967 by putting a plane at his disposal to tour the Middle East after the Six-Day War. Soon afterward, using a proxy, he opened an account at Rebozo’s [Charles “Bebe” Rebozo, Nixon’s close confidante who owned a bank] in Florida. He did so, he explained to Watergate prosecutors, hoping to “curry favor with Rebozo,” to get an entrée to the man who might become president, and to pursue business deals. (12)

Khashoggi in effect served as a “cutout,” or representative, in a number of operations forbidden to the CIA and the companies he worked with. Lockheed, for one, was conspicuously absent from the list of military contractors who contributed illicitly to Nixon’s 1972 election campaign. But there was no law prohibiting their official representative, Khashoggi, from cycling $200 million through the bank of Nixon’s friend Bebe Rebozo. (13) (Pierre Salinger heard from Khashoggi that in 1972 he had donated $1 million to Nixon, corroborating the often-heard claim that Khashoggi had brought it in a briefcase to Nixon’s western White House in San Clemente, and then “forgotten” to take it away.) (14)

Khashoggi’s function as an agent of influence for the deep state in the Middle East and elsewhere was sharply limited after 1978, when the United States, by the Foreign Corrupt Practices Act, outlawed direct payments by US corporations to foreign officials. Henceforward the function of bestowing money and sexual favors on client politicians passed primarily from Khashoggi to the bank he used, the recently created Bank of Credit and Commerce International (BCCI, also a CIA connection). (15) A major shareholder in BCCI was Saudi intelligence chief Kamal Adham, Khashoggi’s friend and business partner and (according to the Senate BCCI Report) “the CIA’s former principal contact in the Arab Middle East.” (16)

In the Reagan administration, arrangements were made for payments to be returned, through either informal set-ups or secret codicils in the contracts, by the Saudi Arabian government itself. Two successive arms deals, the airborne warning and control system (AWACS) sale of 1981 and the al-Yamamah one of 1985, considerably escalated the amount of available slush funds.

After a second proposed major U.S. arms sale met enhanced opposition in Congress in 1985 from the Israeli lobby, Saudi Arabia negotiated instead a multibillion pound long-term contract with the United Kingdom — the so-called “al-Yamamah deal.” Once again overpayments for the purchased weapons were siphoned off into a huge slush fund for political payoffs, including “hundreds of millions of pounds to the ex-Saudi ambassador to the United States, Prince Bandar bin Sultan.” (17)

According to Robert Lacey, the payments to Prince Bandar were said to total one billion pounds over more than a decade. (18) The money went through a Saudi Embassy account in the Riggs Bank in Washington. According to Trento, the Embassy’s use of the Riggs Bank dated back to the mid-1970s, when, in his words, “the Saudi royal family had taken over intelligence financing for the United States.” (19) More accurately, the financing was not “for the United States,” but for the supranational deep state, involving both Saudi and American officials. I believe that these secret funds from Saudi arms deals — first Khashoggi’s from Lockheed, and then Prince Bandar’s from AWACS and al-Yamamah—are the common denominator in all of the major structural deep events that have afflicted America since 1976.

I am referring specifically to

1. The covert US intervention in Afghanistan (which started before the Russian invasion),

2. The 1980 October Surprise, which together with an increase in Saudi oil prices and artificially induced shortages helped assure Reagan’s election and thus give us the Reagan Revolution,

(The issue of Saudi Embassy funding of at least two and possibly more of the alleged 9/11 hijackers is so sensitive that, in the 800-page Joint Congressional Inquiry Report on 9/11, the entire 28-page section dealing with Saudi financing was very heavily redacted.) (20)

This limited exposure of the nefarious use of funds generated from Saudi arms contracts has not created a desire in Washington to limit them. On the contrary, in 2010, the second year of the Obama administration,

The Defense Department … notified Congress that it wants to sell $60 billion worth of advanced aircraft and weapons to Saudi Arabia. The proposed sale, which includes helicopters, fighter jets, radar equipment and satellite-guided bombs, would be the largest arms deal to another country in US history if the sale goes through and all purchases are made. (21)

The sale did go through; only a few congressmen objected. (22) The deep state, it would appear, is alive and well, and impervious to exposures of it.

2. “In January 1946 Dulles outlined in some detail a reconstruction plan that is one of the earliest notions of what would, a year later, be known as the Marshall Plan” (Srodes, Allen Dulles: Master of Spies, 374).

3. Tim Weiner, Legacy of Ashes: The History of the CIA (New York: Doubleday, 2007), 28. Cf. Daniel J. Leab, Orwell Subverted: The CIA and the Filming of Animal Farm (University Park: Pennsylvania State University Press, 2007), 18:  ”For each dollar in aid received, as a top ECA administrator later explained, ‘the recipient had to contribute an equal amount in local currency, 95% would be used for Marshall Plan programs, and 5% (the counterpart of the dollars provided) would be used by the US government.’ … That 5 percent has been estimated to be close to $200 million a year, much of which Wisner appropriated for OPC.”

7. James Risen, New York Times, December 11, 2010. Both traffickers were ultimately arrested by DEA officials: Noorzai in 2005, and Khan in 2008. The US probably came to prefer Khan over Noorzai, because he was more closely allied to Ahmed Wali Karzai, another drug trafficker and CIA asset, as well as a central figure in the power apparatus of his brother Hamid Karzai, the US client president of Afghanistan.

12. Anthony Summers with Robbyn Swan, The Arrogance of Power: The Secret World of Richard Nixon (New York: Viking, 2000), 283. Cf. Kessler, The Richest Man in the World, 171: Khashoggi told the prosecutors “that he churned millions through the tiny [Rebozo] bank to win favor with the president.”

13. Investigative reporter Jim Hougan reports the incredulity of congressional investigators that Lockheed was the only large corporation not to have made a contribution to Nixon’s 1972 election campaign (Jim Hougan, Spooks: The Haunting of America: The Private Use of Secret Agents [New York: William Morrow, 1978], 457–58).

16. “The BCCI Affair,” https://www.fas.org/irp/congress/1992_rpt/bcci/11intel.htm. Khashoggi’s status had declined, but by no means vanished. As late as 2003, Khashoggi was negotiating with Richard Perle, a member of the Cheney-Rumsfeld clique who at the time was still Chairman of the US Defense Policy Board, to invest considerable Saudi money in Perle’s company Trireme (Seymour Hersh, New Yorker, 3/17/03).

22. The leader of the congressional opposition was Rep. Anthony Weiner of New York. Less than a year later, in 2011, he was forced to resign, after exposure of sexually provocative pictures that he had sent to female admirers on the Internet.