How the Doomsday Project Led to Warrantless Surveillance and Detention after 9/11 - WhoWhatWhy
Reading Time: 8 minutes 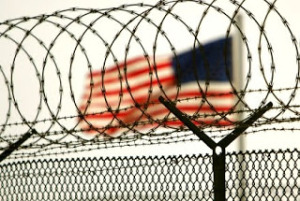 One nation, under watch.

How did the deep state, in one fell swoop after 9/11, hand the government powers of warrantless surveillance and detention? Easy: it substituted “terrorism” for “nuclear attack” to activate the Atomic-Age machinery created to help the government operate after a catastrophic nuclear strike.

In this third exclusive excerpt from author Peter Dale Scott’s new book “The American Deep State: Wall Street, Big Oil and the Attack on U.S. Democracy,” the professor emeritus of English at Berkeley and former Canadian diplomat details a power grab so fantastic in scope that it could easily pass off as fiction. But it isn’t.

Here, he details the resurgence of the so-called “Doomsday Project” after 9/11. For more, please take a look at this excerpt detailing the hidden hands of the Doomsday Project, also known as Continuity of Government group, and this analysis of how the revolving door between the CIA and Wall Street shapes global events.

Since World War II, secrecy has been used to accumulate new covert bureaucratic powers under the guise of emergency planning for disasters, planning known inside and outside the government as the “Doomsday Project.”

Known officially (and misleadingly) as “Continuity of Government” (COG) planning, the Doomsday Project, under the guiding hands in the 1980s of Oliver North, Donald Rumsfeld, Dick Cheney and others, on 9/11 became the vehicle for a significant change of government. The extreme repressive powers accumulated under the guise of the Doomsday Project were first developed to control the rest of the world. Now, to an unprecedented extent, America itself is being treated as an occupied territory.

In 1994, Tim Weiner reported in The New York Times that “The Doomsday Project” had “less than six months to live.” (1) Weiner’s language was technically justifiable, but also very misleading. In fact COG planning now simply continued with a new target: terrorism. On the basis of Weiner’s article, the first two books to discuss COG planning, by James Bamford and James Mann, both reported that COG planning had been abandoned. (2)

What Weiner and these authors did not report was that in the final months of Reagan’s presidency the purpose of COG planning had officially changed: it was no longer for arrangements “after a nuclear war,” but for any “national security emergency.” This was defined in Executive Order 12656 of 1988 as: “any occurrence, including natural disaster, military attack, technological emergency, or other emergency, that seriously degrades or seriously threatens the national security of the United States.” (3)

In this way a totally legitimate program dating back to Eisenhower, of planning extraordinary emergency measures for an America devastated in a nuclear attack, was now converted to confer equivalent secret powers on the White House for anything it considered an emergency.

Cheney and Rumsfeld in from the Start

From its beginning in 1982, two of the key planners on the secret COG planning committee were Dick Cheney and Donald Rumsfeld, the same two men who implemented COG on 9/11. (4) The committee had been established by Reagan under a secret executive order, NSDD 55 of September 14, 1982. Despite what Weiner implied, the committee continued to meet without interruption until the George W. Bush presidency in 2001. (5)

An expanded application of COG was apparently envisaged as early as 1984, when, according to Boston Globe reporter Ross Gelbspan,

Lt. Col. Oliver North was working with officials of the Federal Emergency Management Agency… to draw up a secret contingency plan to surveil political dissenters and to arrange for the detention of hundreds of thousands of un-documented aliens in case of an unspecified national emergency. The plan, part of which was codenamed Rex 84, called for the suspension of the Constitution under a number of scenarios, including a U.S. invasion of Nicaragua. (6) 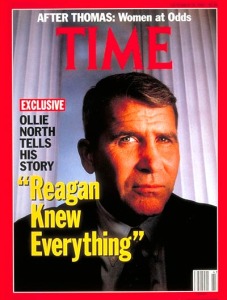 In other words, extreme measures, designed originally to deal with an externally directed and devastating nuclear attack, were being secretly modified to deal whenever desired with domestic dissenters: a situation that still pertains to today. (7)

The revival of Doomsday Project planning under Reagan was an important but invisible part of the Reagan Revolution. It was explicitly designed to roll back what some of the Doomsday planners, notably Richard Cheney, regarded as the mistakes committed after Watergate.

COG plans were implemented on 9/11, before the last plane had crashed in Pennsylvania. The 9/11 Report confirms this twice, on pages 38 and 326. (8) It was under the auspices of COG that Bush stayed out of Washington on that day, and other government leaders like Paul Wolfowitz were swiftly evacuated to Site R, inside a hollowed out mountain near Camp David. (9) 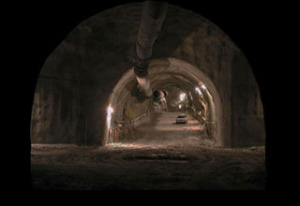 But the implementation of COG went beyond short-term responses, to the installation of what Professor Shirley Anne Warshaw calls a 90-day alternative “shadow government” outside Washington.

Cheney jumped into action in his bunker beneath the East Wing to ensure continuity in government. He immediately began to create his shadow government by ordering one hundred mid-level executive officials to move to specially designated underground bunkers and stay there twenty-four hours a day. They would not be rotated out, he informed them, for ninety days, since there was evidence, he hinted, that the terrorist organization al-Qa’ida, which had masterminded the attack, had nuclear weapons. The shadow government, as a result, needed to be ready to take over the government from the bunkers. (10)

In the President’s absence, Cheney secured legal authorization for his actions by a path of deputies that would later arouse controversy:

To accomplish these goals, the vice president and his lawyer [David Addington] had to set the government’s legal direction. . . . By the afternoon of September 11, Addington had made contact with Timothy Flanigan, the deputy White House counsel. Flanigan’s boss, Alberto Gonzalez, was stranded in Norfolk . . . . Flanigan was in the [White House] Situation Room on September 11. When Addington reached him from the [underground] bunker, Flanigan patched in the Justice Department Command Center across town. There he found [sic] a young attorney named John C. Yoo . . . [who] had taken leave from university life to join the [Justice Department’s] Office of Legal Counsel as a deputy. (11)

Apparently by accident, Cheney and his legal counsel had set in motion on 9/11 the ongoing secret back channel of deputies that would later produce the notorious memos justifying torture and warrantless surveillance. (On surveillance, “among those kept out of the circle were Jay Bybee, ostensibly John Yoo’s boss . . . and two successive deputy attorneys general”.) (12)

The next 90 days after 9/11 saw the swift implementation of the key features attributed to COG planning by Gelbspan and Chardy in the 1980s: militarization of homeland security, warrantless detentions, warrantless deportations, and the warrantless surveillance that is their logical counterpart. The clearest example was the administration’s Project Endgame—a 10-year plan, initiated in September 2001, to expand detention camps, at a cost of $400 million in Fiscal Year 2007 alone. (13) This implemented the central feature of the massive detention exercise, Rex 84, conducted by Louis Giuffrida and Oliver North in 1984. (14)

14.      “The exercise anticipated civil disturbances, major demonstrations and strikes  that would affect continuity of government and/or resource mobilization. To fight subversive activities, there was authorization for the military to implement government-ordered movements of civilian populations at state and regional levels, the arrest of certain unidentified segments of the population, and the imposition of martial rule” (Reynolds, “The Rise of the National Security State,” http:// www.publiceye.org/liberty/fema/Fema_3.html).