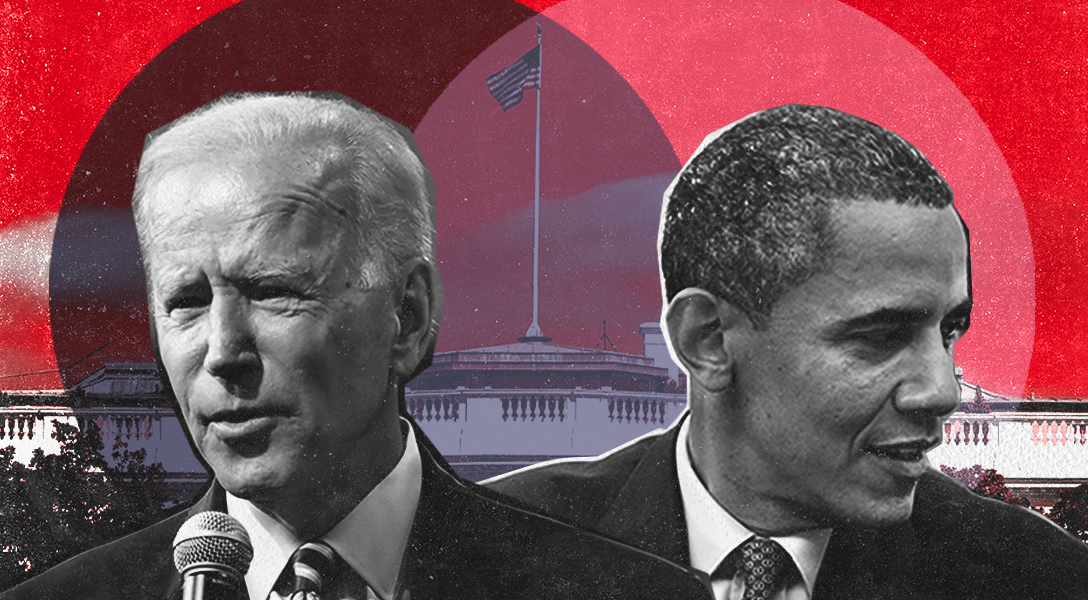 Chief among Biden’s challenges once he takes over the White House will be rebuilding the various federal agencies ravaged by the Trump presidency.

Trump might have valued the promise of unconditional loyalty over credentials for his Cabinet, but Biden is filling the top ranks of his administration with people who, like Biden himself, have worked in government for decades.

“You’re trying to assemble the best people who will work the hardest for four years, or maybe eight if you’re lucky. And you don’t want to mess around. Every minute is valuable to try to get your program through.”

At least 15 of Biden’s picks have worked with him in the past, many in the Obama administration.

Alejandro Mayorkas, for example, who, if confirmed by the Senate, will be the first Hispanic to head the Department of Homeland Security, was deputy secretary of homeland security under Obama for three years and Obama’s director of US Citizenship and Immigration Services. As a moderate, he is expected to appease Republicans without alienating more liberal Democrats. Mayorkas faces the enormous task of rebuilding the DHS after four years of Trump’s contentious immigration policies.

Biden worked with his pick for secretary of defense, Ret. Gen. Lloyd Austin, when Biden was vice president and Austin was vice chief of staff of the Army and commanding general of US forces in Iraq. Janet Yellen, the first woman secretary of the Department of Treasury, was appointed by Obama as the first woman to chair the US Federal Reserve in 2014. The list goes on.

“If you think about it, this is like a corporation that has an expiration date,” said Kathryn Dunn Tenpas, political scientist and presidency scholar. “You’re trying to assemble the best people who will work the hardest for four years, or maybe eight if you’re lucky. And you don’t want to mess around. Every minute is valuable to try to get your program through.”

With that in mind, presidents have to weigh many factors and objectives when choosing a Cabinet, including achieving diversity goals, finding experts with the appropriate ideological views, and considering which factions of the Party they need to please, represent, or form coalitions with.

An essential yet often downplayed factor is whether the president can work well with the appointee, Lindsay M. Chervinsky, presidential historian and author of The Cabinet: George Washington and the Creation of an American Institution, told WhoWhatWhy. “There’s been some criticism about the fact that [Biden] picked too many people he’s worked with before. But yes, that is the point,” she said.

“American history is riddled with countless examples of failed cabinets that largely stem from poor working relationships between the president and their secretaries,” Chervinsky wrote in an op-ed.

Historically, presidents have especially relied on experienced staffers as well.

“In the White House, [presidents] tend to hire the people that they know really well,” Tenpas told WhoWhatWhy. “It’s very common to hire people who worked in prior administrations, and that’s kind of the way you work your way up the food chain so to speak.”

“The learning curve for the White House job is super steep. No prior experience, except having worked in the White House, can really prepare you for the job,” Tenpas added.

“For people who want to get into some kind of leadership role in politics, whether it’s working for the officials, running campaigns, or some place where they have that kind of leadership, the pathway there is really, really narrow,” said Gabe Tobias, co-founder of the Movement School, a sister organization of the Justice Democrats, which helped elect Rep. Alexandria Ocasio-Cortez (D-NY), Rep. Ilhan Omar (D-MN), and other progressive candidates in 2018 and 2020.

Those barriers to entry leave little room for fresh voices from the new generation of Democrats. The Movement School and Justice Democrats are among the organizations who are trying to change that by improving the pipeline between local organizers and elected officials.

Biden is betting that picking former colleagues and government old-timers will help his administration carry the country through the next phase of the coronavirus pandemic and toward economic recovery.