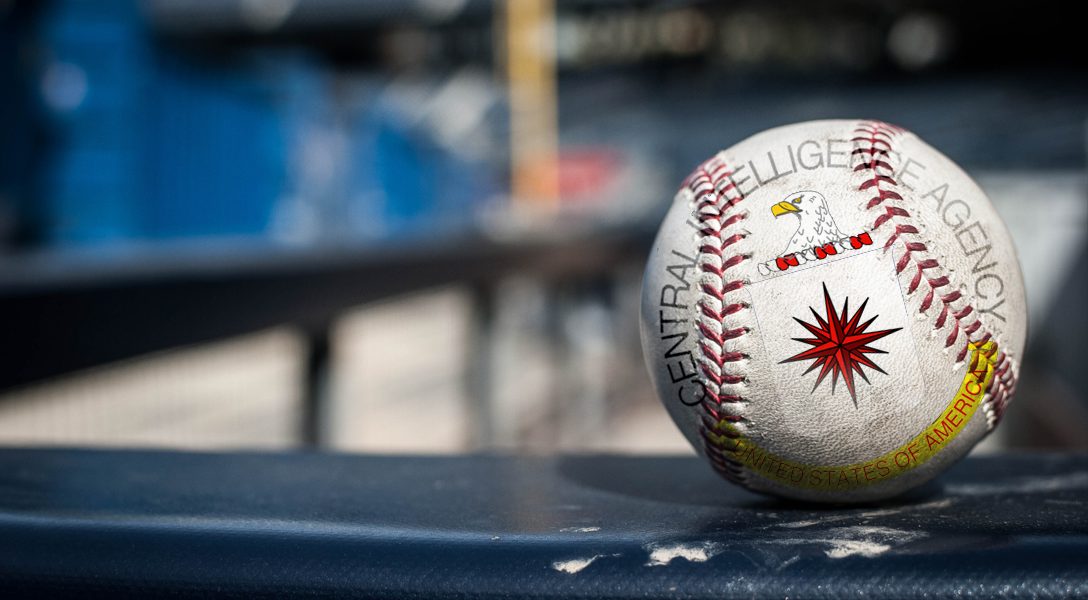 The other day, the Wall Street Journal published a ludicrous and tragically laughable op-ed from former Major League Baseball Commissioner Fay Vincent, “Immorality Is Part of the Job.” It  argues that CIA directors should lie to Congress to protect “our boys.”

Those who read it could be excused for wondering why a baseball dude is qualified to comment on such a topic. What you might not know is that there is a connection between baseball and the CIA. Here is what you missed:

Most importantly, Vincent, while “professionally” a baseball guy, also traditionally hangs with “spooks.”

In his essay, Vincent expressed disgust with “moral” considerations around torture in the confirmation hearings for the CIA director nominee, Gina Haspel. He stated that CIA directors are under instruction to lie, and should do so to “protect operations,” and that since they’re under instruction, that’s “the law” — and we should be a nation of laws.

As usual, the background, context, and the “deep politics” to this convoluted thinking are entirely missing, and are just accepted without question and rushed out to the Wall Street Journal’s audience of the money-minded. Vincent does mention his “old friend” Dick Helms, the late former CIA director, who was involved with many CIA abuses. And he excoriates the late Sen. Frank Church, who was one of the few to investigate those abuses, writing:

Dick Helms died in 2002. His portrait hangs in honor at CIA headquarters. There is no portrait of Frank Church.

But Vincent, a corporate lawyer before he became pro baseball’s top honcho, doesn’t say how he was friends with Helms, who was very much part of the CIA’s hard-core, old-style element of democracy’s hit men, or why he knew him.

In fact, Helms was not Vincent’s only spook friend. Vincent is an old friend of George H.W. “Poppy” Bush and his late wife Barbara — so old a friend, in fact, that, at age 18, he lived with the then-young couple in their house in Midland, Texas.

As has never been revealed by the establishment media — but is documented in my investigative history of the Bush clan, Family of Secrets — back in his early Texas days, the supposedly struggling neophyte oilman Poppy Bush was already a secret asset of the CIA. His father, Senator Prescott Bush, was a close friend and ally of CIA director Allen Dulles, the longest-serving CIA director, who was fired by John F. Kennedy and who shared with the Bushes an enmity for JFK. Poppy, some of you may know, claimed not to remember where he was on November 22, 1963, although it turns out the forgetful lad was… in Dallas, at least within hours before Kennedy was shot. And the future CIA director was already wired into CIA ops and CIA personnel in Dallas at the time.

In any case, over the years, many activities of this gang of lawyer-spies and banker-spies and industrialist-spies — from disinformation aimed at the American public to assassinations of democratically-elected leaders worldwide — patently failed to serve the interests of “our boys.”

Unless “our boys” means “the old boys” of the establishment, the ones who see agencies like the CIA as there to protect their private interests: the deals, the mines, the cheap labor, and the extracted resources around the globe.

You can read about their anti-democratic, “keep the One Percent on top” antics in many books, besides mine. David Talbot’s The Devil’s Chessboard on Dulles is one.

Knowing now that Vincent has this peculiar affinity for the world of covert intrigue and coups and torture should trigger the question of whether it is normal that a figure heading a beloved institution like major league baseball would be so close with people in the dark arts.

But why not, given that baseball and for that matter all of professional sports have a number of things in common with the many tentacled military intelligence complex. Notwithstanding their attractive qualities, sports are very much about hearts and minds, rallying the public behind “patriotic” themes and wars, and distracting people — channeling their free time, their energies, enthusiasms, and grievances that might otherwise be devoted to, say, asking questions about CIA, torture policy and the like.

Of course, Poppy’s ne’er-do-well son, George W. Bush, cemented his public profile as a serious “professional” by owning a major league baseball team in the same period that Vincent reigned.

And then consider who, historically, has owned the “hometown” teams we cheer on. The Bush crowd alone was associated with ownership stakes in a lot of other teams — including the Reds, the Mets, and the Tigers. They were also involved in professional football, and golf, and tennis, and on and on.

Just another plaything — and instrument of social control — for those who know what’s best for the rest of us.