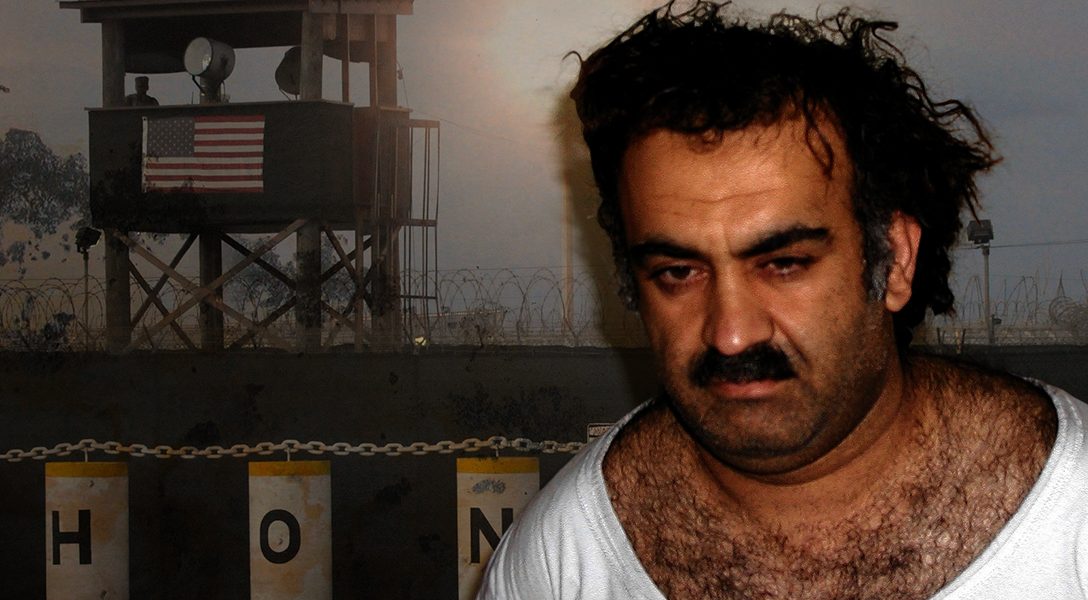 It’s been nearly 17 years since hijacked airplanes crashed into the World Trade Center and Pentagon, killing nearly 3,000 people. It’s been 15 years since Khalid Shaikh Mohammed, one of the alleged 9/11 planners, was captured in Pakistan. And it’s been 10 years since he was arraigned in a military court in Guantánamo Bay, Cuba. Yet Mohammed, whom the government characterizes as the “mastermind” of that horrific attack, has yet to stand trial.

According to Mohammed’s lead defense attorney, David Nevin, the delay stems in part from the prosecution’s efforts to hide details of torture the accused suffered at the hands of the US government.

The government has made it clear: It will not reveal — even to the defense team (who have top secret security clearances) — “who did exactly what, and exactly when and where [the torture] was done,” Nevin told WhoWhatWhy. The defense team argues that it is their professional obligation to investigate what role torture might have played in the government’s case against their client.

The defense team alleges that prosecutors have threatened them with prosecution if they attempt to independently investigate the details of their client’s torture.

Recent moves by the Trump administration have made the nature of any future trial even more uncertain. The Miami Herald reported earlier this month that Secretary of Defense James Mattis had suddenly fired the Pentagon official tasked with overseeing the military tribunals at Guantánamo — the so-called convening authority — Harvey Rishikof, and his legal advisor Gary Brown.

According to anonymous sources cited by the New York Times, Rishikof and Brown had been in the midst of trying to negotiate plea deals with the 9/11 defendants. A Pentagon spokesperson did not respond to the Times’s inquiry of whether the firings were related to any plea deals.

Plea deals would finally bring an end to the protracted legal battle by sidestepping the thorny issue of torture. But such deals would also preclude the government’s efforts to sentence the defendants to death. Insistence on the death penalty, on the other hand, aligns with President Donald Trump’s bellicose rhetoric about how to deal with those accused of terrorism.

But the firing of the “convening authority” officials could backfire if Mattis or others in the Trump administration are found to have run afoul of military commission rules. According to the Times report, attempts by superiors to influence the case — even the appearance of “unlawful command influence” — is forbidden. The defense team has since filed a request for details of the firing as part of pretrial discovery — yet another challenge to the legitimacy of the military tribunals.

Criminal cases tainted by revelations of torture are typically looked at with heightened scrutiny.

“Ethics require us to investigate; the government says we’re committing a crime if we do. I’ve never seen anything like this in almost 40 years as a lawyer.”

The defense team alleges that prosecutors have threatened them with prosecution if they attempt to independently investigate the details of their client’s torture. This contentious issue has dominated recent pretrial arguments. Defense attorneys were warned back in September not to go to any of the alleged “black sites.” They were also ordered not to approach any current or former CIA employees or contractors who may have witnessed the torture.

According to the Herald, the issue is not whether the classified identities of CIA employees would be made public, because they would not. The issue is whether the defense team, with their top-secret security clearances, can interview any of these individuals. The government maintains that they cannot, for reasons of national security.

“To threaten prosecution against the defense for conducting an investigation that we are obliged to do shocks the conscience,” Alaina Wichner, current defense team member and former reservist in the Army’s Judge Advocate General Corps, told the Miami Herald. “Literally my heart sunk [sic] to my feet. We pride ourselves on not being North Korea or Russia or any other so-called legal system that does not let you challenge the government’s evidence.”

Mohammed was captured in Pakistan in 2003 and spent the next three years detained at multiple CIA black sites throughout the world. According to a Senate Intelligence Committee report released by Sen. Dianne Feinstein (D-CA) in December of 2014, Mohammed was subjected to various forms of torture — including stress positions, death threats, sleep deprivation, “medically unnecessary” rectal feeding, and especially waterboarding.

According to the Intelligence Committee report, Mohammed was waterboarded 183 times. One of the CIA officers involved was so concerned “about water intoxication and dilution of electrolytes [that he] requested that the interrogators use saline in future waterboarding sessions.”

Mohammed was transferred in 2006 to Guantánamo Bay, where he remains to this day. Walid bin Attash, Ramzi bin al-Shibh, Ammar al-Baluchi, and Mustafa al-Hawsawi have been charged as co-conspirators.

In September, prosecutors estimated that jury selection will begin in January 2019. Mohammed’s defense team thinks that date is optimistic in the extreme and that “it will take another two, three or four years to get the case to trial and it will take a year or so to try,” Nevin told the Guardian at the time. Criticism of the government’s military tribunals operating in Guantánamo has been building for years. Outside observers have characterized the legal proceedings thus far as a “farce” and a “show trial.” Much of the criticism has focused on a series of eyebrow-raising “irregularities” and setbacks — all of which have hampered the defense team’s efforts.

And on it goes. The prosecution maintains that there was nothing nefarious about any of the above incidents.

As the government prosecutes its “war on terror,” the legal status of Guantánamo detainees exists in a byzantine post-9/11 legal framework.

“The United States Supreme Court is clear that in capital cases the sentencer may not be precluded from giving full consideration to any factor which mitigates the sentence, so if the government wants or needs to suppress consideration of the torture (by keeping it secret), [the government should be] precluded from pursuing a death sentence,” David Nevin told WhoWhatWhy.

Defense attorneys say that the classifying of information and the restrictions and roadblocks that the government has thrown up are preventing them from fulfilling their obligation as lawyers. “Ethics require us to investigate; the government says we’re committing a crime if we do,” Nevin said. “I’ve never seen anything like this in almost 40 years as a lawyer.”

Defense attorneys for convicted Boston Marathon bomber, Dzhokhar Tsarnaev, faced similar restrictions on what they could and couldn’t do while defending their client. Tsarnaev was placed under Special Administrative Measures (SAMs). These restrictive measures were intended to prevent him from communicating terroristic messages to the outside world. But they also severely hampered the defense team’s efforts.

Under SAM restrictions, Tsarnaev was barred from speaking to anyone except his lawyers, immediate family members, and prison staff. His legal team was barred from discussing the case with anyone not okayed by federal authorities, including the media. This made investigating the facts of the case a risky business for defense attorneys, who opened themselves to prosecution if they said the wrong thing to the wrong person. Even meetings between Tsarnaev and his lawyers, along with any documents they shared, were monitored by federal officials.

As the government prosecutes its “war on terror,” the legal status of Guantánamo detainees exists in a byzantine post-9/11 legal framework. The Bush administration decided to classify captured members of the Taliban and Al Qaeda as “unlawful enemy combatants,” i.e., enemy fighters not protected by the 1949 Geneva Convention. This justified, according to the administration, a series of measures that would have been illegal if applied to ordinary prisoners of war or criminal defendants.

These measures include “extraordinary rendition” (clandestine abduction of a person with the extrajudicial transfer from one country to another), indefinite detention without charges, and torture. The Obama administration, in an apparent rebuke to the Bush administration’s hard-line stance, sought to try Mohammed and the other four alleged 9/11 conspirators in federal court in New York’s Southern District, but was forced to reverse itself. The prospect of trying the accused 9/11 perpetrators a few blocks from the World Trade Center incited a fierce backlash that ultimately ended with congressional legislation barring Guantánamo prisoners from being brought to the US.

That’s why the case was returned to the legal netherworld of military tribunals at Guantánamo, where the government has redefined the notion of “due process.”