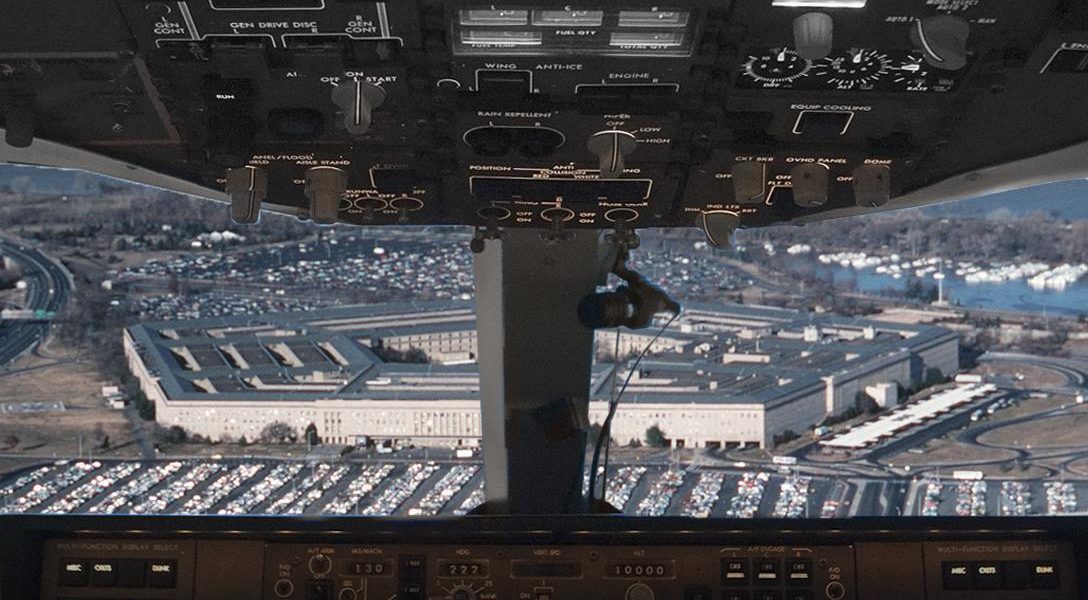 Despite the stance of officialdom that the 9/11 Commission Report tells us everything there is to know about who was responsible for the attacks, government documents continue to surface that reveal something far more complicated than “Osama bin Laden/Al Qaeda did it.”

After the release of the “28 pages” last summer, WhoWhatWhy was one of the few media outlets to point out that, in fact, many of the revelations in those pages don’t align with 9/11 Commission conclusions — conclusions which were “reaffirmed” by a 2015 9/11 Review Commission.

Instead, as we wrote in July, the 28 pages reveal:

Now evidence has emerged that the government was still investigating some of those leads as late as 2012. The evidence comes from a heavily redacted four-page FBI report recently obtained by investigative journalist Dan Christensen of the independent news site Florida Bulldog. Christensen obtained the report as part of ongoing Freedom of Information Act (FOIA) litigation seeking access to records of the 9/11 Review Commission.

The report “[its title redacted] is an investigation into individuals known to have provided substantial assistance to 9/11 hijackers Nawaf al-Hazmi and Khalid al-Mihdhar during their time in California,” a synopsis of the report reads. Along with three others, Al-Hazmi and al-Mihdhar are alleged to have hijacked American Airlines flight 77, which crashed into the Pentagon on September 11, 2001.

The report  adds to the growing body of evidence that the 9/11 conspiracy received support from the Saudi government officials. It shows that the feds were actively investigating the network that supported al-Hazmi and al-Mihdhar at least until 2012 — long after the ostensibly definitive 9/11 Commission published its findings. In fact, federal prosecutors were exploring filing charges against one of the individuals for providing material support to the 9/11 hijackers. The identity of that individual is redacted from the documents.

To many observers, some level of official Saudi involvement has always seemed plausible since  15 of the 19 alleged hijackers were Saudis. The Kingdom is also a well-known exporter of ultra-conservative Wahhabi Islam, often associated with terroristic Islamic groups.

Former Senator Bob Graham (D-FL), a member of the congressionally created 9/11 Commission, has long raised suspicions about Saudi complicity. In an affidavit filed as part of a lawsuit brought against the Saudi government by families of September 11 victims, Graham stated that “[he is] convinced that there was a direct line between at least some of the terrorists who carried out the September 11th attacks and the government of Saudi Arabia.” Much of what Graham bases his opinion on is what ultimately ended up in the “28 pages.”

The congressional 9/11 Commission’s final report concluded that it “found no evidence that the Saudi government as an institution or senior Saudi officials individually funded [al Qaeda].”

Then there is the FBI investigative report from 2002, also obtained by The Bulldog, which says there were “many connections” between a prominent Saudi family, which apparently fled Sarasota, Florida, two weeks before the attacks, and “individuals associated with the terrorist attacks on 9/11/2001.” Taking The Bulldog’s reporting a major step further, WhoWhatWhy reported in 2011 that those Saudis who fled Sarasota just before 9/11 also have direct connections to the highest levels of the Saudi royal family.

Despite this growing body of evidence that the commission’s findings may need rethinking, the government continues, along with the establishment media, to downplay or just plain ignore any revelation that challenges the prevailing orthodoxy.

A subsequent 9/11 Review Commission, completed in 2015, only adds to the confused picture. The Review Commission concluded,  after having taken the FBI at its word in most instances, that the 2002 FBI memo about its investigation into the network that supported 9/11 hijackers al-Hazmi and al-Mihdhar, was not to be taken seriously. The reason given for this surprising conclusion: the memo was “poorly written and inaccurate” and the claims in it were “unsubstantiated.” The Review Commission’s explanation for how it came to this conclusion is, at best, incomplete, according to a Review Commission memo received by The Bulldog on the matter.

The Review Commission also “concluded that there was no new evidence that ‘would change the [2004] 9/11 Commission’s findings regarding responsibility for the 9/11 attacks,’” according to a statement from the Director of National Intelligence. The four-page FBI summary report obtained by The Bulldog lists three “main subjects” as part of the 2012 investigation into a possible support network for hijackers al-Hazmi and al-Mihdhar. The name of one of them was redacted for “national security” reasons. The report says that another of the possible conspirators, Fahad-al-Thumairy, a Saudi diplomat and imam at a Los Angeles mosque, “immediately assigned an individual to take care of them [al-Hazmi and al-Mihdhar] during their time in Los Angeles.”

The other possible conspirator named in the report is Omar al-Bayoumi, a suspected Saudi intelligence officer, who also helped al-Hazmi and al-Mihdhar get established in Southern California. The report notes that Bayoumi “was living in San Diego on a student visa, despite not attending classes, and receiving a salary from the Kingdom of Saudi Arabia for job duties he never performed.”

The third individual, whose name is redacted in the FOIA release, may have played a leadership role in the putative support network, according to Christensen, the journalist who obtained the FBI report. Christensen cites a sentence from the report that states: “There is evidence that [redacted] had tasked al-Thumairy and al-Bayoumi with assisting the hijackers.”

The report says that a New York prosecutor “will explore potential charges for [redacted], including providing material support for the 9/11 hijackers, as well as lesser crimes, which investigators could present [at?] a future interview with [redacted].”

What is made clear by this previously undisclosed document is that many of the leads regarding connections to Saudi officials that were supposed to have been “run down” by the original 9/11 Commission were still being looked into as late as 2012. What was done with the above information after the 2012 FBI report was produced is not revealed in the 9/11 Review Commission’s still heavily-redacted final report, which appeared in 2015.

Perhaps it is only because of The Bulldog’s FOIA request and subsequent lawsuit that the 2012 documents have seen the light of day. And despite all the statements to the contrary — by both the 9/11 Commission, and the 9/11 Review Commission — it looks as if the FBI was pursuing leads that point in the direction of “official” Saudi support for the 9/11 hijackers.