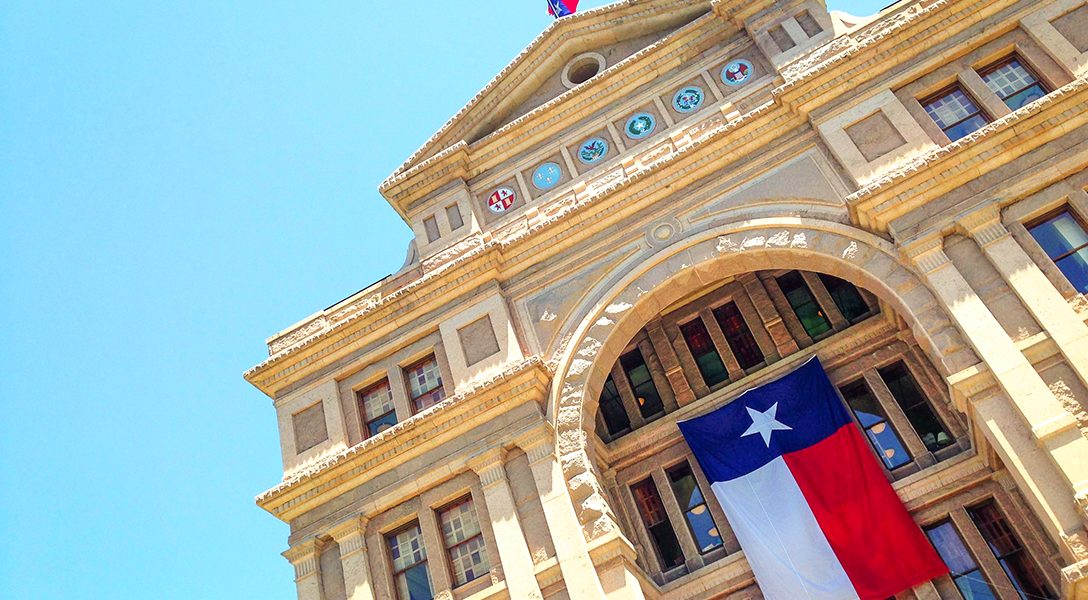 Six Texas representatives have announced they will not seek reelection, further raising the stakes of the 2020 election. Photo credit: Texas State Library and Archives Commission / Flickr (CC BY 2.0)
Elections

After young voters turned out in record numbers last year — with most of them backing Democratic candidates — Texas Republicans knew they had to do something to keep the state solidly red.

But, critics charge, rather than appealing to these new voters, who are expected to show up in even higher numbers next year, they instead tried to make it more difficult for them to cast ballots.

Like policymakers in other GOP-controlled states that may go “purple,” Texas officials put in place a series of policies that would suppress voters unlikely to support Republicans.

Bonnen submitted a report to the state’s elections committee, arguing that “concerns [had] been raised about the possibility that some authorities accommodate certain voting populations to the exclusion of others.”

Texas Is Changing, but so Are the Rules

Mobile polling places could also operate during nontraditional hours, rather than the full 12-day period of early voting, to allow people like college students to cast a ballot at their convenience — and it worked. Voter turnout increased due to the flexibility these types of polling places provide. It was this result that seems to have led the legislature to ban the mobile polling places.

In response to the ban, the Texas Democratic Party and the campaign finance arms of congressional Democrats filed a lawsuit in October, arguing that it further disenfranchises historically marginalized communities.

“Republicans know Texas is changing, that’s why they’re trying to change the rules to make it harder for college students … to cast their ballots,” Texas Democratic Party Chair Gilberto Hinojosa said in October.

One argument by lawmakers who supported the ban was the burden on local municipalities — particularly rural counties — that are responsible for properly notifying and establishing mobile polling places. But Kolby Duhon, president of the Texas Young Democrats, contended that the issue at hand is really who Republican lawmakers believe should have access to the ballot box.

“We know that their prevailing thought is access to the ballot box,” Duhon told WhoWhatWhy, adding that the GOP has been “meddling” in who gets to vote for decades.

College students often rely on friends or ride-sharing apps to travel to a polling place if one is not on campus. The cost of a Lyft ride, for example, could determine whether a student casts a ballot. That expense, Duhon argued, is an undue burden placed on young voters.

An Unwelcome Response to a Surge in Turnout

“We knew that HB 1888 would hurt college students, and we have more than enough anecdotal and statistical evidence to prove that,” Marco Guajardo, communications director for the Texas College Democrats, told WhoWhatWhy.

In Travis County, which votes heavily Democratic, the ban could result in a significant loss in polling places during early voting in 2020. Duhon suggested that this was surely considered as lawmakers worked on the ban.

The University of Texas at Austin, where Guajardo is a student, has a robust civic engagement program; campus activists fought to establish a second polling place on campus. Although the ban does not necessarily impact Guajardo’s campus, it limits access to the ballot box at other universities that rely on temporary polling locations to reach all voters.

“Imagine a town of 50,000 people that only has two polling locations,” Guajardo said. “Those are the cases that we’re seeing across the state.”

When the ban went into effect, it was just weeks before the 2019 local elections. Texas College Democrats received multiple complaints and heard stories from students across the state who  sat this year out because they found it too difficult to get to polling places.

Although Guajardo is hopeful that it will be lifted before any further damage to voter turnout occurs, he argued that the ban was motivated by high turnout of college students who tend to favor Democratic candidates by large margins.

“We know that as young people, the intersection of age, race, and disability are all factored into the GOP’s plan to maintain power in a state like Texas, which we believe is the biggest battleground state in the nation,” Duhon said.