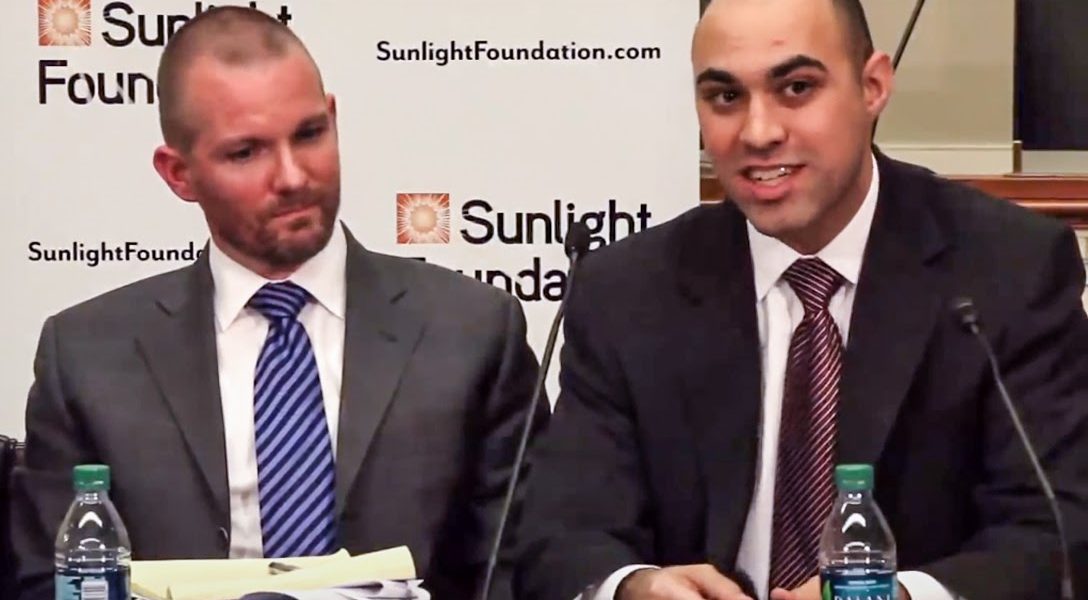 The FEC Regains Its Quorum. But Will It Do Its Job?

In principle, the FEC is responsible for ensuring that campaign finance laws are strictly adhered to. In practice, the agency has been largely dysfunctional for the past decade, and the Trump administration appears to be openly using the chaos to its advantage.

Allen Dickerson, President Donald Trump’s latest nominee to the agency, appears to oppose regulating nearly everything that the FEC was created to guard against. Dickerson, legal director for the Institute for Free Speech, a conservative think tank, has argued forcefully against more campaign finance disclosure requirements, and in favor of the Supreme Court’s controversial Citizens United decision.

Historically, the main holdup has been that to be operational, the FEC must have a quorum of four commissioners — with at least two Republicans and two Democrats.

After going nine months without the minimum four-commissioner panel — during which the independent regulatory agency was unable to hold public meetings, make regulatory decisions, or fine organizations violating campaign finance laws — it looked as though the agency was back in business when Trey Trainor, a Trump appointee, was sworn in to his post on June 5. Trainor’s confirmation was no walk in the park, either. Senate Democrats pressed him with questions about his gerrymandering and dark money ties.

Less than a month after Trainor began his tenure, which gave the agency the ability to continue its business, FEC Chair Caroline C. Hunter resigned, again rendering the agency powerless. But even after a replacement is nominated and approved by the Senate, sharp policy differences among Democratic and GOP members are likely to hamstring the agency. “The most recent two nominees have long and well-established track records” of opposing regulation, Adav Noti, who spent more than a decade as a nonpartisan staff member of the FEC, told WhoWhatWhy. “And that is exactly what has made them attractive as nominees to the White House.”

Dickerson’s critics say that his previous involvement in fighting stronger campaign finance laws will almost guarantee his consistent opposition to enforcing the rules.

Meredith McGehee, executive director of Issue One, a political activist group that sees American democracy as being in crisis, said that Dickerson is “coming out of a place that fundamentally disagrees with the logic of the US Supreme Court’s Buckley v. Valeo decision — that campaign finance regulations are constitutionally permissible as guards against corruption and the appearance of corruption.”

During a Capitol Hill panel in January 2012, two years after the Supreme Court’s Citizens United ruling, Dickerson argued that it was “very unlikely that we’re going to see all this funneling of money” through nonprofit 501(c)(4) organizations. He also opposed more disclosure requirements for political action committees (PACs) and super PACs.

“We haven’t yet seen the Russian doll problem,” Dickerson said. “It might be that, at the end of the month, we find out that there’s hundreds of millions of dollars of (c)(4) money just sort of swirling out there. I find that extremely unlikely.”

Noti, a former FEC staffer who now works as senior director of trial litigation at the Campaign Legal Center, argues that Dickerson’s approach was “woefully inadequate.”

“There are very large amounts of money coming into the system through two mechanisms that ultimately conceal the source of the money,” Noti said.

It is paramount for FEC commissioners to embrace their constitutional responsibilities to uphold our nation’s anti-corruption laws.

The two mechanisms are the 501(c)(4) organizations, whichDickerson cited, and limited liability companies (LLC). During that same 2012 panel, which was later echoed during the annual Conservative Political Action Conference (CPAC), Dickerson again pushed back against the need for further campaign finance disclosure requirements.

“I don’t know how you’re supposed to fit that into a 15-second radio ad or a 30-second television spot, or anything else,” Dickerson said. “What you’re doing is just taking half of your airtime, that you’ve paid for, that is a protected first amendment activity, and taking it right off the top because you’re going to put in all this information that’s probably not going to change a single person’s vote.”

That argument does not hold water for Noti. The Supreme Court ruled in Citizens United that the idea of requiring a four-second disclosure, for example, on a television advertisement “[imposes] no ceiling on campaign-related activities.”

“And then for digital [ads] … it’s just factually untrue,” Noti said, adding that the disclaimers provide users with “really critical information, because really shady stuff happens online and there’s no particular cost to it.”

Noti added that for the last 45 years, the disclosure requirements have been crucial in enabling the FEC to exercise its law enforcement role. McGehee added that Dickerson’s work for the Institute for Free Speech suggests that, if confirmed, he would be “weak on enforcement and determined to use his position to fundamentally redirect campaign finance laws.”

“Since its founding, the Institute for Free Speech has often advocated for weakening campaign finance transparency and against measures that seek to mitigate the undue influence of large political contributions from wealthy interests,” McGehee said. “It is paramount for FEC commissioners to embrace their constitutional responsibilities to uphold our nation’s anti-corruption laws.”

In a 2015 radio interview with Libertarianism.org, Dickerson explained his opposition to limiting the amount of money spent in US elections:

“People think of the freedom of speech or the freedom of petition as essentially a solitary activity, but in practice, that’s not how it’s ever been understood or exercised … A lot of what happens with campaign finance regime is that, because any effective speech about any topic — including government — costs money, attempts to regulate the money invariably turns into practical roadblocks.”

Dickerson has repeatedly expressed his opposition to stronger disclosures for online political advertising, notably speaking out against the 2010 DISCLOSE Act that then-Rep. Chris Van Hollen (D-MD) introduced. Dickerson argued during a 2013 CPAC panel that the FEC does not act the way that a federal agency should. If that is the case, it is largely because partisan divisions have kept the agency from accomplishing its main function: stopping corruption of the campaign system.

Not everyone is upset with the choice. Dickerson’s boss at the Institute for Free Speech, Bradley A. Smith, a former Republican FEC chairman, had only praise for the nomination. Smith said that the White House “could not have found a more qualified nominee. He is a lawyer’s lawyer, and his temperament is ideally suited for this position.”

Former Republican FEC Commissioner Lee Goodman also issued a statement insisting that Dickerson brings an “established commitment to the proper balance between regulation and free speech.” He added that Dickerson would work well with Commissioner Trainor to “bring much needed stability to the agency.”