A key component of the “information warfare” Russia waged on the 2016 presidential election was the spread of misinformation on popular social media platforms. Yet, in spite of repeated calls from US intelligence agencies to secure future elections, the federal government has done nothing to prevent this from happening again.

Experts warn that this inaction could encourage Russia — and others — to return with an even stronger attack in 2020.

And while it is bad enough that Senate Majority Leader Mitch McConnell (R-KY) is refusing to allow a vote on legislation to secure elections, the FEC — America’s federal election watchdog agency — has now gone from being dysfunctional to effectively shutting down.

That is leaving the job of protecting voters from a repeat of the 2016 interference in the hands of an institution with a poor record of self-policing that stands to profit the most from those ads: Facebook.

“The biggest question mark that the FEC has faced in recent years is determining what constitutes independent expenditures,” Quist said. “This is a case where we’re looking at companies or individuals running ads to support or oppose a candidate running for an election, and those kinds of expenditures can be made without any kind of limit.”

The rules may vary from company to company in what constitutes a political advertisement, he added, and the definition Facebook provides for its platform may differ from Google.

“One is that without government regulation on disclosure around these kinds of ads, what you’re seeing is each company making its own rules,” Quist said. 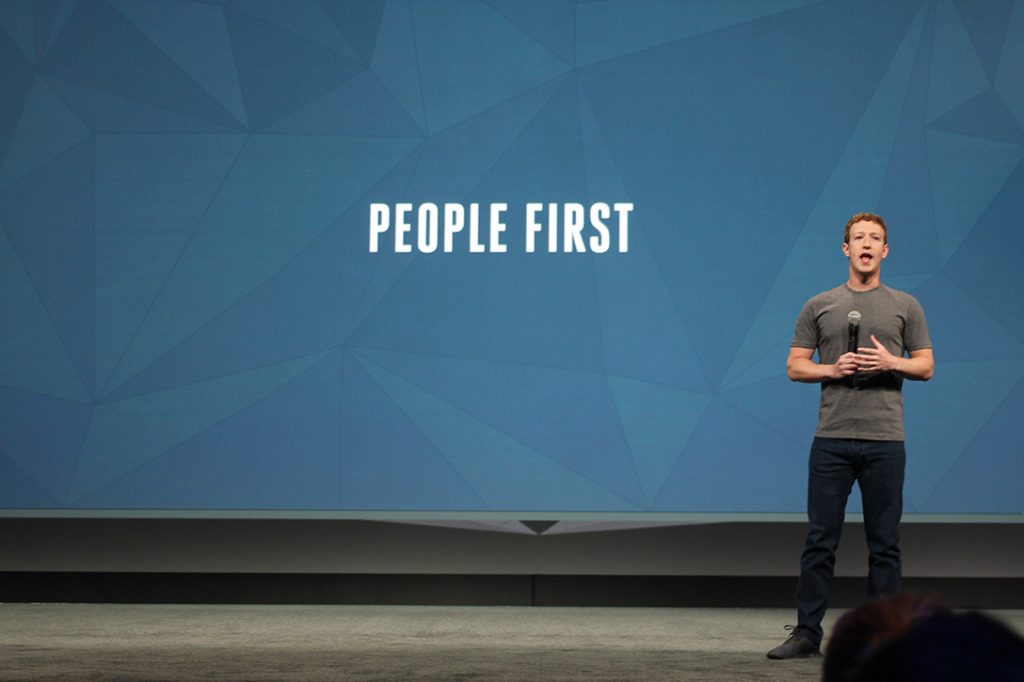 With just under 14 months until the 2020 presidential election, efforts to prevent misinformation from going viral online remain uncertain. In June, FEC Chairwoman Ellen Weintraub introduced a proposal that would require online ad buyers to include disclosures in their advertisements — but no action was ultimately taken.

During their meeting on August 22, the fourth since she introduced the measure, Weintraub expressed dissatisfaction with Petersen on the lack of action.

“For the last four weeks since the last meeting, my staff has reached out to your staff virtually on a daily basis trying to see if there was something we could talk about — some way to move the ball forward,” Weintraub pleaded during the meeting.

Her proposal would provide the legal authority to require advertisers online to disclose who funded their ads — on the ads themselves. Without a quorum in the FEC to vote on the regulations, hostile foreign actors could still find a way to secretly fund ads on Facebook and other social media platforms.

Because these companies then get to decide what they are making public on a voluntary basis, “there’s a level of trust that has to be provided by the public that they’re following their own rules,” Quist said.

According to Quist, analyzing datasets created by tech companies can also be difficult — unlike government-run databases because those are mostly formatted in the same way.

“We wouldn’t be able to see what the companies are not voluntarily showing us. The last piece, and this is a concern for people like us that work with data a lot, is that when these disclosures are made in different platforms, they become very difficult to consolidate,” he said.

His concern, however, is relying on self-regulatory efforts in the absence of FEC action on digital advertising transparency.

“Some action is better than nothing, but we can’t entirely outsource the integrity of our elections to unaccountable private companies whose primary responsibility is to their shareholders rather than the public as a whole,” Fischer said. 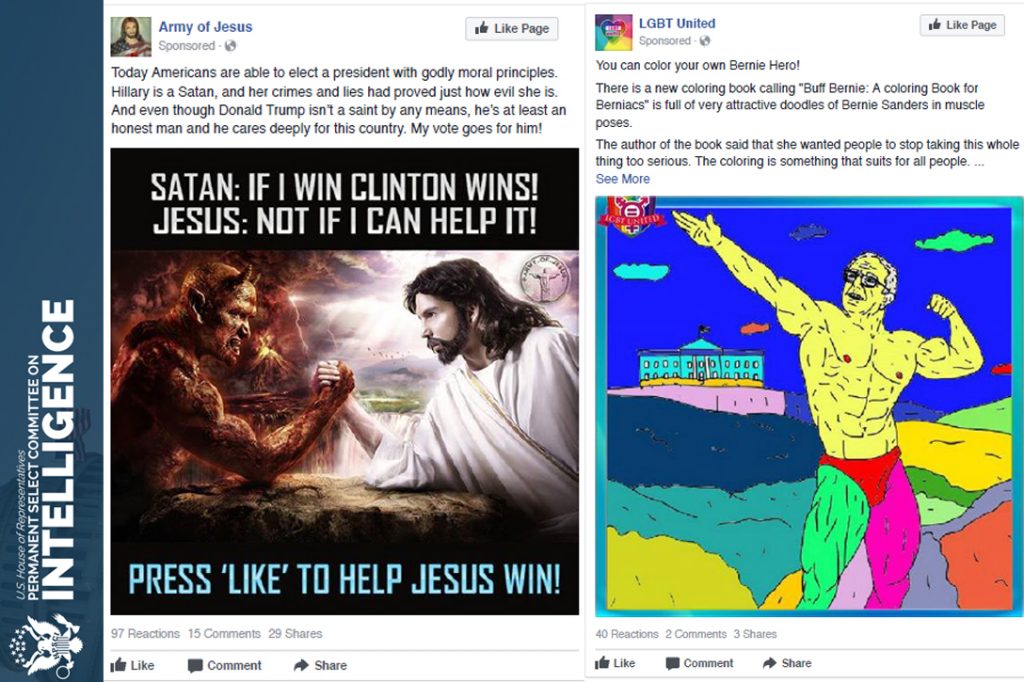 “They had two days of hearings with experts from all kinds of organizations, from the government, different businesses, and they still did nothing,” Jones Capparell said.

Numerous investigations, including from every intelligence agency in the federal government, concluded that Russia engaged in a significant online campaign to sow distrust and chaos in the 2016 election. The Russian government’s Internet Research Agency (IRA) conducted what former special counsel Robert Mueller’s investigators called “information warfare.”

Russia’s efforts to sow chaos “included the purchase of political advertisements on social media in the names of US persons and entities, as well as the staging of political rallies inside the United States,” according to Mueller’s 448-page report on Russian interference in the 2016 election.

“The IRA made various expenditures to carry out those activities, including buying political advertisements on social media in the names of U.S. persons and entities,” Mueller’s report said. Russia’s efforts were so successful that nearly 29 million people saw the 80,000 IRA-produced social media posts from 2014 to 2016.

Facebook began archiving political ads on its platform in what they call the “Ad Library” leading up the 2018 midterm elections. The Honest Ads Act of 2019 was added to HR 1 to require platforms like Facebook to “maintain a public file of all electioneering communications purchased by a person or group who spends more than $500 total on ads published on their platform.”

The specific requirement raises the concern that a hostile foreign actor like Russia could repeat its 2016 social media influence campaign by spreading their efforts thinly enough and purchase online advertisements under the $500 minimum, Jones Capparell said.

“The idea with the $500 threshold is that we don’t necessarily want to subject smaller actors or somebody that’s just spending a few dollars on ads in order to express their personal opinion about a candidate or election to reporting requirements or other obligations,” Fischer explained.

One problem that has emerged, Fischer added, is that an advertiser can write whatever they want in a disclaimer box. “They can make up a name [and] pass themselves off as a legitimate organization without it being an actual organization at all,” he said.

Fischer cited a group called American Progress Now, which was not a legitimate organization and spent thousands of dollars in advertisements to encourage voters in swing states to choose a third-party candidate during the 2016 election.

According to Quist, a nonfunctioning FEC could have more difficulty in overseeing outside political spending by advocacy groups and PACs. Dark money, which is money spent by nonprofit organizations who are not required to disclose their donors, has been used to spend millions to influence voters for years.

For the FEC to pass new regulations on dark money spending, he added, Congress would likely need to take action that would require more robust rules.

McConnell has repeatedly said that the Senate will not vote on HR 1, which would bring sweeping reforms to campaign finance and election laws, and President Donald Trump’s only nominee to the FEC has yet to receive a confirmation hearing.

In a scathing op-ed in the Washington Post after the Democratic-led House passed HR 1, however, McConnell reiterated that he would not vote on the bill and called it a “naked attempt to change the rules of American politics to benefit one party.”

The last time the FEC faced gridlock was in 2008, when Congress refused to vote on former President George W. Bush’s nominees. For the first six months of the year, the commission had just two members. One solution, which is a part of HR 1 and has been endorsed by groups like the League of Women Voters, is to reduce the number of commissioners from six to five.

“It would help in the deadlock, make it more of a functional agency,” Jones Capparell suggested.

President Donald Trump nominated just one person as commissioner in September 2017 — Trey Trainor, a Republican attorney and former aide to former Secretary of Defense James Mattis. Congress has yet to hold a confirmation hearing, which could have prevented the FEC’s current situation.

The 2016 and 2018 elections saw record turnout, and the 2020 election will likely see an even higher turnout, said Jones Capparell. It is unclear whether Trump will nominate a second person to the FEC, but presidents historically have introduced multiple commissioners at the same time to ensure a quorum, she explained.

“It’s going to be really important to have the FEC in place so that they are able to make those decisions, rule on advisory opinions, and do the work that they need to make sure that voters know who is trying to influence their elections and who’s pouring money into our campaigns,” Jones Capparell said.