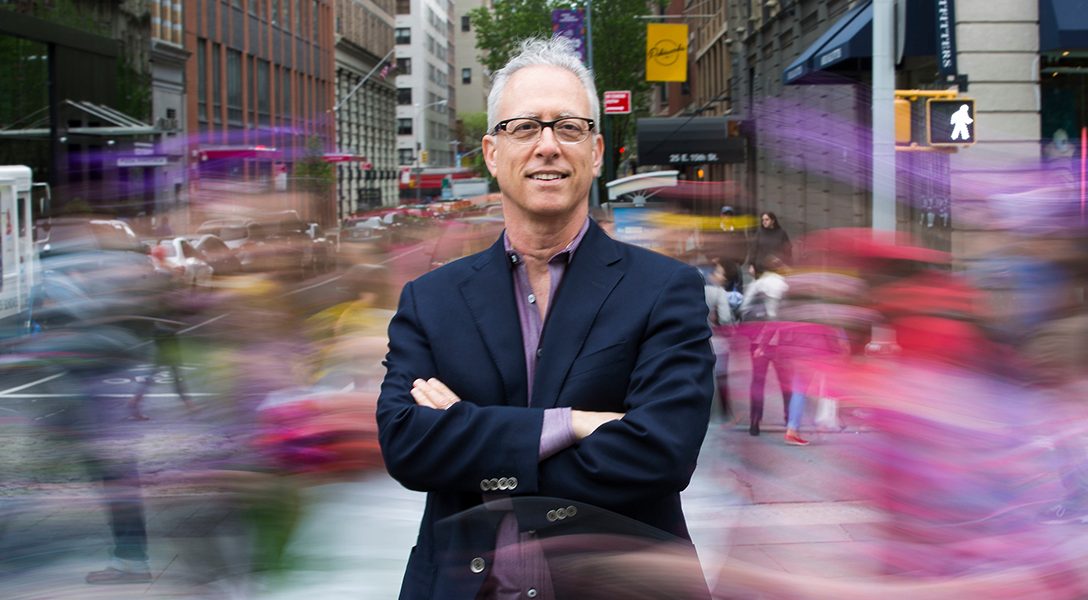 Russ Baker, chief executive officer and editor-in-chief of WhoWhatWhy, comments on the state of US elections. Photo credit: WhoWhatWhy
Elections

The 2020 Election Begins Today — With Fixing the Voting System Disaster

Some may take the Democrats’ House victory as a sign that all is well in the land — that the transfer of power in that body proves that elections work. But, complacency would be a deadly mistake.

I have lived and worked in places many Americans would consider “backwaters,” if not “backwards.” But I don’t ever recall seeing such incompetence and deliberately “accidental” mismanagement of a voting system as we just witnessed across this country.

We have all heard the horror stories, so I’ll just cite an egregious few out of many examples:

All told, it seems likely that millions of Americans experienced difficulties of varying degrees, as they sought to do their civic duty and exercise their right to vote. Many might not have had their votes counted, or had them counted incorrectly. Many others gave up and did not vote at all.

All this would be bad enough if these incidents could be chalked up as just accidents, poor planning, or incompetence. But we know that’s not the case. A lot of this is happening by design across the country, and it’s done by people in power who simply don’t want all Americans to participate in our democracy. Or who simply don’t care — or who cannot be counted on to competently administer the vote.

Clearly, this is nothing less than a national emergency. Because when democracy is threatened, our nation is threatened.

For years at WhoWhatWhy, we have been talking about what we call “election integrity,” holding accountable the process that is supposed to keep our election system equitable, functional, accessible — and secure. We started by concentrating on electronic voting, and noted that those systems are opaque and non-verifiable and just really dangerous.

When we first wrote about that, many in the establishment media considered it heresy, and we were ignored or labeled as “conspiracy theorists.”

Then came the 2016 presidential election and Donald Trump’s victory, and the media spun on a dime. Suddenly, it discovered all the experts with prestigious university credentials who could provide cover by conceding that, well, yes, electronic voting is a really bad idea.

Before long, as usual, the media moved on to other matters — the sort of lively, human-interest conflict stories that the public loves, that generate “eyeballs” and revenue. So we were kind of alone again on the election integrity beat. (If you want to learn just how nefarious electronic voting can potentially be, read this hair-raising ebook account of what might have occurred in Florida during that odd “hanging chads” debacle in 2000 that determined the 43rd presidency.)

A few months ago, we decided to tackle another serious election problem: targeted voter suppression. That’s the deliberate effort to make it more difficult — or impossible — for certain demographic groups to vote, helping ensure that one candidate prevails. This, too, has never been well-covered by the establishment media.

So tiny WhoWhatWhy committed resources we didn’t really have, and hired a bunch of folks in (or sent them into) several key states with expected close elections and a history of messy election days. And we reported and we reported. We published more than 50 articles, videos, and podcasts on this issue in the month leading up to the midterms.

As the election approached, and after we — and a few others, some on the case for years — had hammered it again and again, “voter suppression” was suddenly the rage, and in the last few days, virtually every news organization and every money-machine nonprofit was hawking their vote-suppression wares, and urging people to read and donate for the work they were doing.

We published many fine pieces, but it was a major exclusive two days before the election that finally busted through. Our several stories about hackable databases in Georgia earned us an unusual round of corporate-media coverage.

For a brief moment, everyone was our friend, was interested in what we had found. We’re pleased that the hard work of a small, nonprofit, commercial-free news outfit like ours could play a major role in waking America up to the crisis, even if only temporarily.

And it is likely to be only temporary, because when there is no horse race, no ticking clock, no sensational scandal unfolding, attention spans are short. There is nothing “exciting” about stories on how to fix these problems. Again, we will be told “no one cares” — and hence there is no time pressure for fixes, despite what is clearly a national threat, however quiet and insidious its operation.

Which is why, for WhoWhatWhy, our work has just begun.

Today is not the day after the election. It is the first day of the 2020 presidential election. And from this day forward, we will be investigating and reporting on the mess that is our elections system.

We hope others will join us now that the “moment” has passed, when the real work needs to be done. And can be done. And must be done.