Hundreds of voters in Snellville, Georgia, a city in southern Gwinnett County whose population is more than 50 percent minority, wound up standing in line up to four hours, eight times as long as the 30-minute maximum wait a presidential commission recommended.

The delay was caused by a problem involving what one computer expert called “the weakest link” in Georgia’s elections system.

The problem concerned the electronic pollbooks at the Annistown Elementary polling site in Snellville. Cards inserted into the machines helped poll workers confirm the identity of voters — but they failed to function when polls opened at 7:00 AM.

Poll workers wound up having to bring in voter cards and electronic pollbooks from another precinct, creating delays of four hours or more for those voters who remained in line.

An untold number of voters left the site, unable to cast ballots. A judge extended the closing time to 9:25 PM.

Others who stayed in line asked poll workers if they could vote on paper ballots, only to find that the workers weren’t sure of the difference between paper ballots and provisional ballots, which are generally reserved for cases where voters cannot immediately confirm their identities. 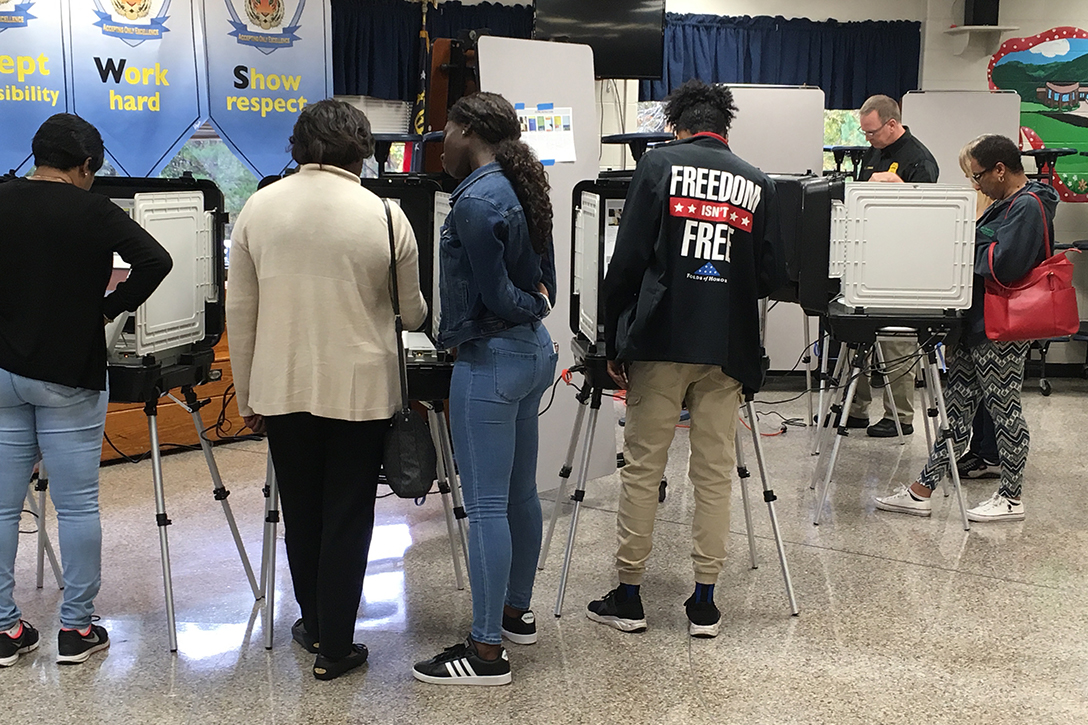 ‘Something Is Not Right’

Gabe Okoye — Democratic Party chairman for Gwinnett, the state’s most diverse county and second in population, with 920,000-plus residents — said his phone started ringing with voters calling from the polling site at 7:45 Tuesday morning.

“Most of the people I got calls from were here before work,” Okoye said, speaking from in front of the school around 2:30 in the afternoon. “They had to go to work, they were suspicious of [the option of] paper ballots, and the bottom line is, with all that’s going on, people don’t trust these guys,” he added, referring to election officials.

“Something is not right,” Okoye said, pointing out the demographics of the city, which is 35.7 percent black and 14 percent Hispanic.

Tiffany Thomas, a graphic artist who lives in the area, waited 30 minutes in line around 9:30 AM, left, and returned to vote in the afternoon. It took her two and a half hours to vote, all told. She talked to several people online who had to leave and go to work.

“It’s eye-opening,” she said. “There’s a lot of African American people here — this is voter suppression at its finest. People have to work, people have kids. They can’t wait.” 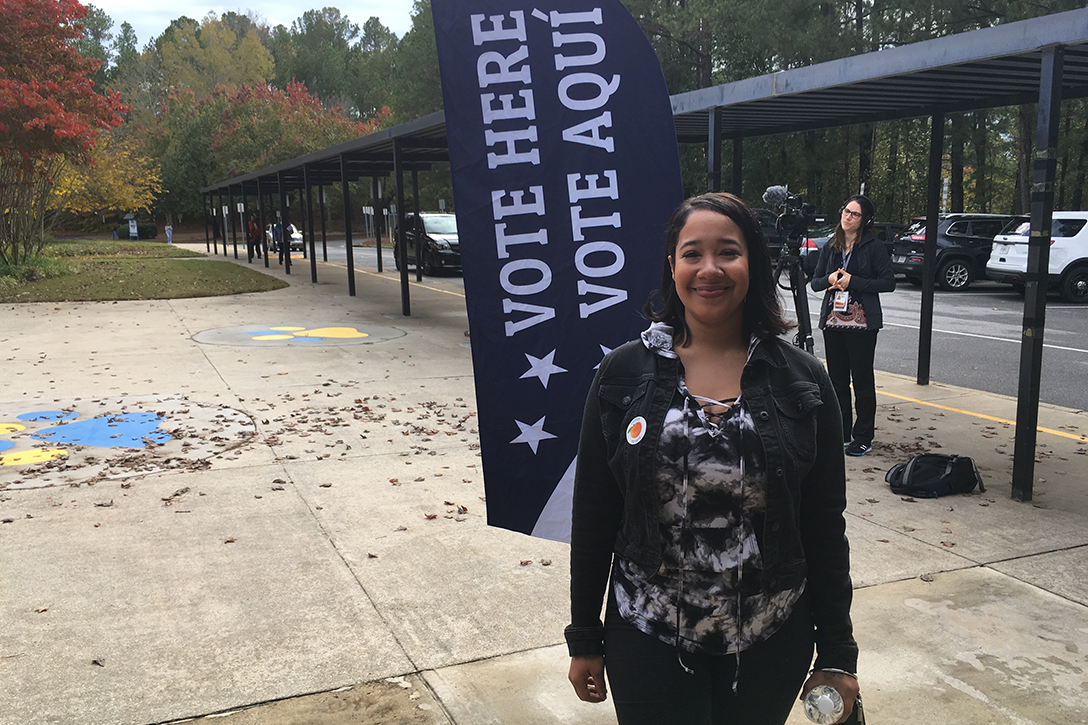 A 2014 presidential commission report on administering elections recommended a maximum wait time of 30 minutes for voters. An “Elections Performance Index” compiled by MIT rated Georgia third-worst in the nation for voter wait times in the 2016 presidential elections, with an average wait of 16.6 minutes.

Logan Lamb, a cybersecurity expert who exposed weaknesses in Georgia’s elections system in 2016, said he was glad to see that the polling site solved the problem Tuesday morning, but wanted to know why it had happened in the first place.

Harri Hursti, who has studied cybersecurity in elections systems in five countries, including the US, arrived at the polling site with Lamb on Tuesday afternoon. He explained that the voter cards should be “mated,” or matched, to the electronic pollbooks at each precinct, so he found it odd that cards and pollbooks from another precinct could be used to allow voters to cast ballots online at Annistown Elementary.

“It shouldn’t work that way,” he said. “I’ve been saying for two years the Express Pollbooks are the weakest links in the whole system,” he added — meaning they could easily be altered by outsiders.

Issues with pollbooks were also reported at the Gwinnett Public Library Branch in Suwanee, Mt. Vernon Baptist Church near Lawrenceville, and Harbins Elementary near Dacula, according to the Atlanta Journal-Constitution.

A query by WhoWhatWhy to Gwinnett County spokesman Joe Sorenson was not returned, but he told the Atlanta Journal Constitution that the issue with the machines “happens from time to time.”

At the least, the issue caused confusion and inconvenience at Annistown Elementary Tuesday. Ontaria Woods began waiting at 7 AM and was joined by her father, Antwan, at around 8:30. The two waited until 11 for Ontaria to cast a ballot, at one point calling a voter protection hotline and receiving information about requesting a paper ballot.

When they and other voters asked about the option, he said, “there was some confusion among the poll workers about the difference between a paper ballot and a provisional ballot.”

Several dozen, he said, had to leave — one woman, to catch a plane.

Even after casting a ballot, Joeann Whitehead, who, at 53, said she’s “been voting forever,” told WhoWhatWhy, “I have a bad feeling about this … At least we come and do our part — but if it gets cast the way we want it to, who knows?”