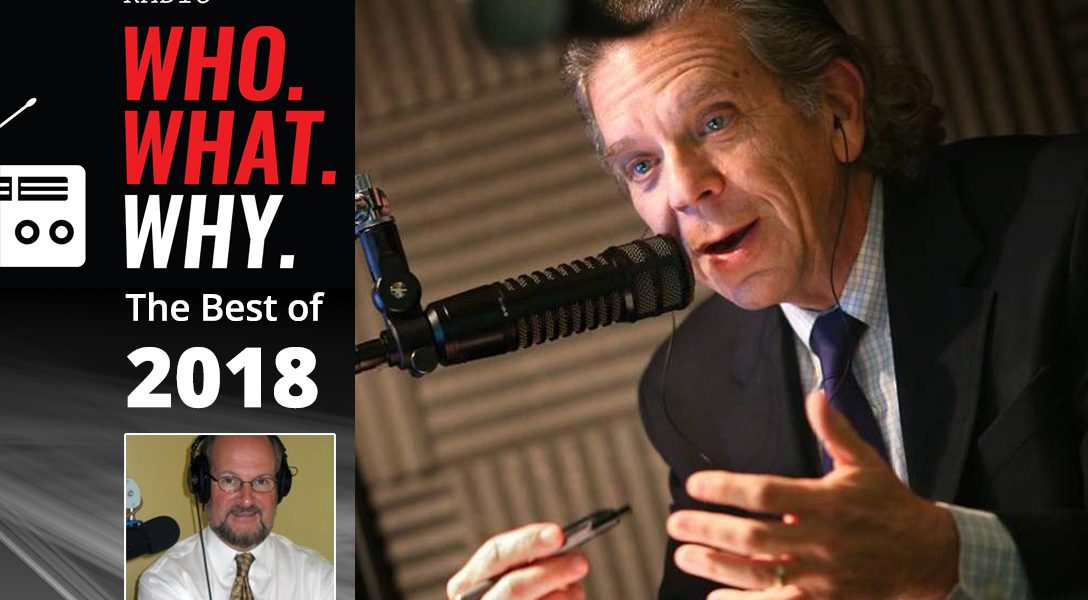 Podcasts are among the fastest-growing features of today’s information-sphere. Here are the final four of our Ten Best of 2018 Podcast series.

WhoWhatWhy delivered over 65 podcasts to our readers and listeners in 2018. The six we re-ran last week offered deep dives into the election integrity crisis, government lying, and the fear of fascism in America.

This week’s final “Best of…” selections look outward to every corner of the planet.

A conversation with professor and longtime environmental writer Victor Wallis provocatively links global climate change and the centuries-long conflict between socialism and capitalism.

Financier William Browder’s efforts to create the so-called Magnitsky Act made him a public enemy of Russian President Vladimir Putin and the Russian oligarchs. Our conversation with Browder shows how “following the money” can help hold foreign dictators accountable for the torture and murders their hired henchmen carry out.

In an age dominated by Amazon, Facebook, Google, and Alibaba, Andrew Keen, a world-traveling author, entrepreneur, and futurist, shares his expert analysis as to why the internet is reflecting both the best and the worst of us.

Finally, Peter B. Collins, in a conversation with journalist Yasha Levine, shines a light on the intertwining of internet giants and the military-industrial complex, as he exposes Google’s secret dealings with the Pentagon. Adapted by WhoWhatWhy from Evrik and Mets501 / Wikimedia and Rafaelgr / Wikimedia.

Is ‘Ecosocialism’ the Antidote to Black Friday?

An author argues that, love it or hate it, capitalism is making planetary crises worse. Bill Browder talks about being on the top of Russian President Vladimir Putin’s most wanted list, his personal safety, and his shock at President Donald Trump’s reaction to Putin’s Helsinki proposal. Why the current internet business model of free news, free shipping, free internet, and free searches has to go away — and what has to replace it. Google’s Deep Involvement With the Pentagon

Google has announced that it will not renew a controversial military contract. But that doesn’t mean that the company will sever the deep ties it has to the Pentagon.