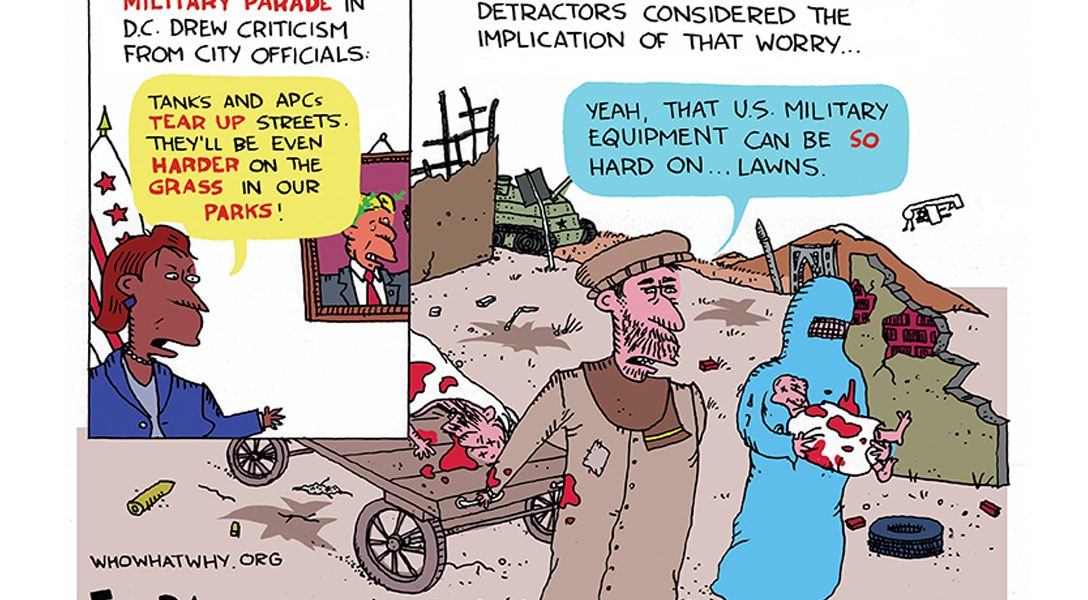 President Donald Trump’s grandiose vision for the 2019 Fourth of July celebration in Washington, DC, included tanks and other armored vehicles, as well as a flyover by military jets, in what the president ordered would be a “Salute to America.”

Before the event, there were concerns raised by the DC Council that the massive 60-ton M1  Abrams battle tanks would shred the lawns, recently relaid at the cost of $40 million, on the National Mall.

But in a debut for WhoWhatWhy, Ted Rall — one of America’s top political cartoonists — highlights the true cost of American military power.