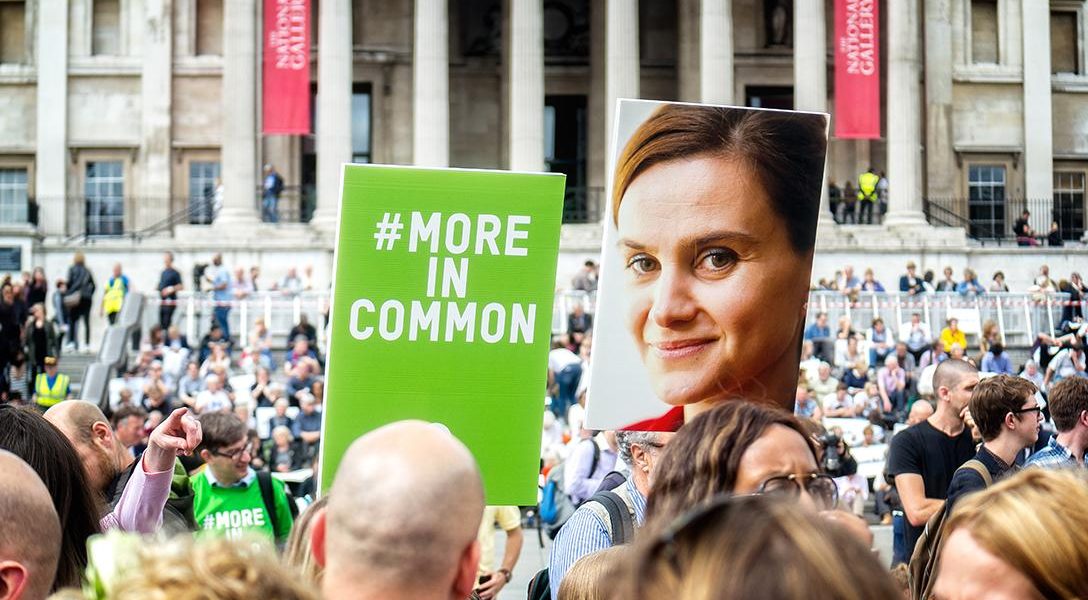 The UK Is Trumped: Departs from the EU, Deeply Divided

The people have had their say: The UK will quit the 28-nation European Union.

Push finally came to shove and voters decided the risk of leaving the EU was a risk worth taking.

Brexit’s Trump-like central message — “Put Our Own People First” — will resonate across Europe as mostly far-right politicians follow its lead.

Campaigning was suspended for three days in its final week after the brutal murder of Jo Cox — a young Member of Parliament on a crusade to keep the UK in the EU. Her death failed to influence the outcome.

A former aid worker, she was known for her support of Syrian refugees. In court, Cox’s killer gave his name as “death to traitors, freedom for Britain.”

Only a month earlier, Britain’s far-right politician Nigel Farage told a BBC reporter that violence over migration would be “the next step…if people feel that voting doesn’t change anything.”

The Brexit vote is a momentous event for global stock markets and a reality check for the political elites in London, Brussels and other EU capitals.

Brexit was a Protest Vote in a Staggeringly Unequal Economy The UK’s “Out” vote reflects a critical mass of loathing for mainstream political parties, business and media elites.

Millions of alienated British citizens — ignoring dire warnings of economic depression and the sheer peril of the unknown — voted to abandon membership in the European Union. An idea considered crazy when first launched over two decades ago carried the day.

“It was fired by a feeling of revulsion in the pit of people’s stomachs,” Nicholas Shaxson, who writes for the Tax Justice Network, told WhoWhatWhy. “It’s a generalized hatred of the elites in Britain. It’s a phenomenon that you’ve also seen in the United States. And there’s similar things happening elsewhere in Europe.”

Working-class voters were drawn to the “Leave” camp because it presented a rare opportunity to strike back at a system that has created the worst income inequality since the 1930s.

Sociologist Lisa Mckenzie, whose research focuses on the lives of the working poor she grew up with, wrote in The Guardian that Brexit “is about the precarity of being working class….The referendum has opened up a chasm of inequality in the UK and the monsters of a deeply divided and unfair society are crawling out.”

The release of the Panama Papers in April marked a turning point in the run-up to the EU Referendum. The more Prime Minister David Cameron, chief supporter of the “Remain” camp, dodged questions about his own global offshore holdings — earning him the nickname “Dodgy Dave” — the more it fueled support for Brexit.

Many Brits ceased to believe a word coming out of Cameron’s mouth no matter how many times he said a Brexit would increase taxes, threaten pensions and reduce funding for the National Health Service (NHS).

Likewise, the Bank of England told UK citizens they would be poorer if they pushed their country out of the EU. They were joined by the International Monetary Fund and a chorus of talking-head experts.

The too-close-to call polls led Cameron to make a last-ditch stand in front of 10 Downing Street (the equivalent of the White House), where he issued a desperate, Churchillian appeal to the British “not to quit.”

On Friday morning, Cameron announced that he would step down by October. The far-right’s anti-immigrant campaign ultimately overshadowed the anger of working-class voters and the angst about British sovereignty. Nigel Farage’s UK Independence Party (UKIP), previously on the fringe, has become a major force in British politics.

Poll results suggested that immigration was the No. 1 issue for voters.

Much like Trump ranting about Mexican rapists, Farage regularly evoked the “security of women.” The threat of sexual assaults by migrants was, according to him, the “nuclear bomb” of the EU referendum.

Only a few days before her death, Jo Cox addressed the issue in a column in her local newspaper, arguing that “Brexit is no answer to real concerns on immigration.”

On the morning of the day Cox was murdered, Farage unveiled a campaign poster in British Parliament showing lines of refugees and the headline: “Breaking Point.” The caption read: “We must break free of the EU and take back control of our borders.”

Meanwhile, Leave.eu, a pro-Brexit splinter group, was comparing both refugees and LGBT people to vicious snakes in one of its videos, which included a reading by Trump.

Boris Johnson, the former mayor of London and most prominent pro-Brexit politician, made half-hearted attempts to distance himself from the UKIP campaign’s racist undertones, while emitting his own dog- whistle slurs. In one, he suggested that Obama opposes Brexit because of the “part-Kenyan President’s ancestral dislike of the British empire.”

In or Out: Big Finance Is a Winner

For the UK’s financial sector, Europe’s largest, Brexit will be a short-term shock but with the UK outside the EU, it will enlarge upon its already leading role as a business and tax haven for the world’s superrich. Headquartered in a small area of central London, the UK’s financial hub actually has its own jurisdiction, The City of London Corporation, more often referred to as the City of London or just the City.

David Cameron used the EU referendum to squeeze concessions from the EU for the City and promote its deregulatory agenda. It was British lobbying that sank the European Union financial transactions tax and watered down bank regulations designed to avoid a financial crisis of the kind that brought the world economy to it knees in 2008.

The Brussels-based Corporate Europe Observatory published a report last week analyzing how “from the day a ballot on UK membership was first announced by Cameron three years ago, the financial sector has sought and won significant lobbying victories.”

Now that Brexit has won it will, according to Nicholas Shaxson, further increased the power of  “unaccountable, offshore interests.”

The charity Christian Aid recently pointed out that “a quarter of the world’s major tax havens on a ‘blacklist’ published today by the European Commission are either British Overseas Territories or Crown Dependencies.”

Brexit Is Just the Beginning

At this point, Brexit looks more like the beginning than the end of populist revolt in the European Union. The Leave victory in the UK’s referendum could trigger the process of EU disintegration.

In other EU countries, political outsiders, mostly from the far right, are drawing inspiration from Brexit.

Both The Netherlands and France face elections in a few months that will include popular far-right parties. Both countries rejected the EU constitution in 2005 (later adopted as the 2007 Lisbon Treaty).

A majority of French say they too should get to have their own referendum on whether they stay in the EU. France’s Marine Le Pen, the most prominent far-right politician in Europe, says she wants the EU to “explode.”

The results of a Europe-wide survey show that “voters of Eurosceptic parties feel fundamentally abandoned and betrayed by their own society and institutions.”

Brexit has shown the way. The European Union is not too big to fail.