January 6 Was a Bigger Threat to Democracy Than September 11

On September 11, 2001, as a correspondent for CNN, I was four blocks away as I watched the north tower of the World Trade Center crumble. At the time, and until last January 6, I was certain that that slaughter of nearly 3,000 people was the Pearl Harbor of my lifetime. I was wrong. It was an attack on the Western capitalist system being waged by a small terrorist group headquartered nearly 7,000 miles away. While the counterattack by the US has been long, painful, and unimaginably expensive as life changed to embrace a huge security and surveillance society most evident at the airports, the Osama bin Laden crowd was never going to be able to sustain a prolonged assault on our shores.

The terrorist assault on the US Capitol on January 6th by American-born traitors was far worse and already has had more catastrophic consequences for the American public. The traitors started here inside the White House and remain here on the loose, growing, piling one lie on another as they aim to destroy the electoral process.

Sadly, the Republican Party, under the corrosive, corrupting influence of Donald Trump, has become a vast criminal enterprise with no interest in preserving democratic institutions. The Koch brothers’ network and a host of other ultra-rich secretive donors support Trump’s treacherous undermining of the nation because they aim to destroy the citizens’ trust in government and its ability to tax them. They are The Enemy Within.

As Trump repeatedly demonstrated during the campaign of 2016 and his presidency, he was drawing record crowds to the monkey house while the snakes like Sen. Mitch McConnell (R-KY) were busy doing dirty deals in the dark in the reptile house. The cynical political operatives who propelled Trump to the presidency knew his constant greed and incessant need for attention were ideal for them to operate in his shadow. 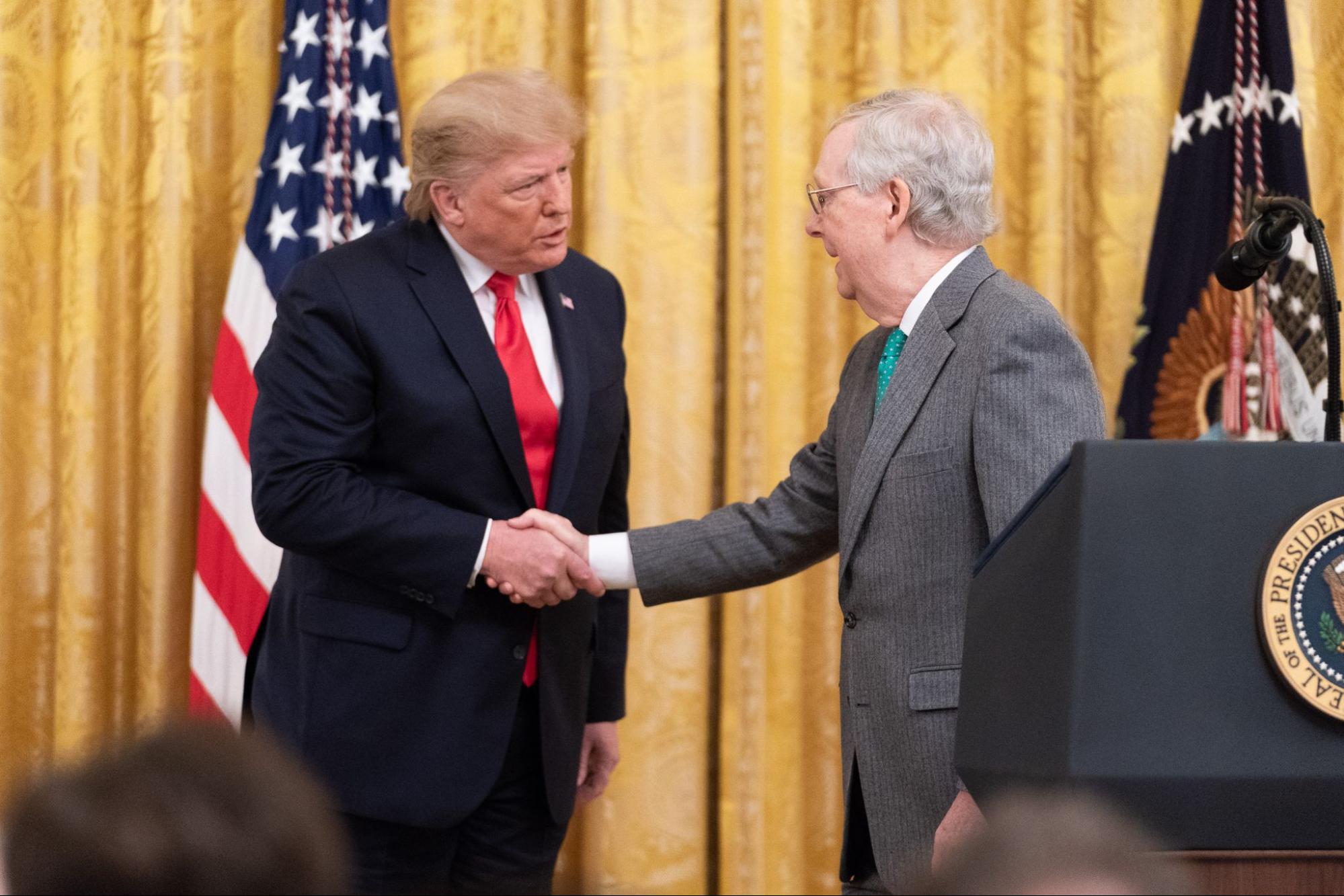 Coached by his father, Trump grew up learning how to lie, cheat, and steal — and discriminate against minorities — until it was the only way he knew. When his golf buddies at Winged Foot Golf Club tried an intervention to curtail his constant cheating on the course, he responded: “I cheat in business, I cheat on my wives, why shouldn’t I cheat at golf?”

For decades, Trump was a relatively harmless tabloid creature, a buffoonish embodiment of greed who only hurt the people unfortunate enough to think they could do business fairly with him. Once upon a time, his outlandishness was seemingly inconsequential since he was always quotable and colorful, even if he “exaggerated” — a term the press customarily used to avoid calling him an outright liar.

He became a master of playing the suckers by cultivating publicity and corrupting the press. Gossip columnists like Cindy Adams incessantly touted him while being fed — literally and figuratively — by him. His belief that the press was corrupt derived from his role in corrupting the press: giving free rides to his Atlantic City casinos and later to Palm Beach, FL, on his jet, and comping stays at Mar-a-Lago and his other resorts.

Most news organizations have conflict-of-interest standards that prohibit acceptance of freebies and other financial inducements. Those ethical standards, if they even exist at many Trump-supporting media companies such as Fox News, quite possibly are being ignored. Now we can only hope that the defamation lawsuits filed by Smartmatic and Dominion Voting Systems will uncover the true financial relationships between Trump and Fox News anchors such as Sean Hannity, Tucker Carlson, Laura Ingraham, Maria Bartiromo, and Lou Dobbs, my one-time boss at CNN. How many free plane rides, rounds of golf, dinners, and free or discounted memberships at Mar-a-Lago or other Trump properties did these people receive? How much were media companies controlled by Rupert Murdoch and others paying the Trump Organization to stay on his corruptible good side? The public deserves answers.

Discovery in these cases could be ripe with information that would be vital to the public’s understanding of the motivations of the Fox News personnel. My guess is Fox and the other broadcasters being sued will settle the minute any legal team gets close to obtaining access to those financial records, which, as part of a criminal enterprise or civil conspiracy case, should not be subject to so-called First Amendment protections. 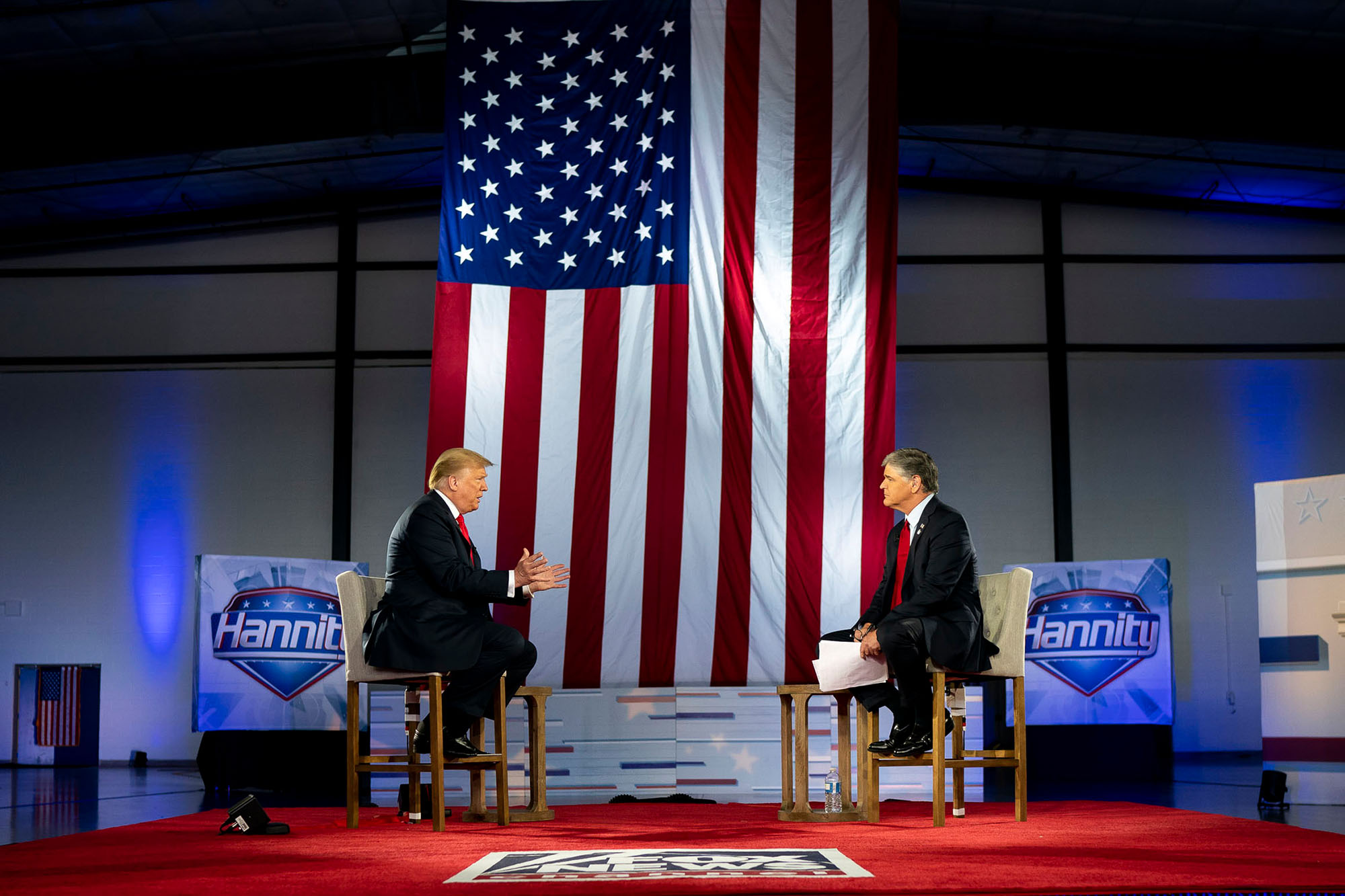 The arrangements between Trump and the insurrectionist US senators and representatives will be far more difficult to unravel. All those parties are beholden to the same dark, hidden financial sources whose interests are in limiting or destroying the government’s power to tax, regulate, or investigate them. We can only hope that traitors like Sen. Ted Cruz (R-TX), Sen. Josh Hawley (R-MO), Rep. Jim Jordan (R-OH) , et al. will wither in the disinfecting sunlight of investigative fact-finding.

Finally, the prosecution of Trump and his closest thug allies is mandatory. My hope is that the upcoming work of the Select Committee to Investigate the January 6th Attack on the United States Capitol will begin to enlighten the millions of Trump supporters who so far have resisted rationality.

Trump’s public seems to be impervious to facts. I attribute his popularity, in part, to how much of the mainstream press discounted his celebrity during the 2016 campaign and underplayed how he and the Republicans were clearly waging the Second Civil War. Trump’s embrace of bigotry emboldened racists and others defiantly proud to be stupid. The people Trump and his rightwing GOP minions fired up to attack the Capitol and brutalize police officers proclaim that buying his lies promoting the overturning of fair elections is an act of patriotism rather than treason.

The Democratic Party also seems to underestimate the power of Trump’s enabling of racist and vigilante behavior. During the 2016 election, the Democratic Party failed to grasp the power of old-fashioned lawn signs and hats that gave the Trump supporters the feeling that they belonged to something special. They marketed like crazy while the Democrats continued their long losing streak of failing to dictate the language of political debates and understanding the need to coin political cliches, such as MAGA, that have staying power. It is way past time for a Democratic sloganeer to come up with a catchy pejorative for Trump and the Republicans to counter the onslaught of “Let’s Go Brandon” paraphernalia already polluting the political environment.

Likewise, out of fear of being labeled religious bigots, the press and the Democrats greatly underplayed the insidious alliance between the Catholic Church and evangelicals as they sought to pack the courts with judges who oppose abortion. Perhaps more important to the religious organizations and less well-covered by the press is the new willingness by the raft of Trump-appointed judges and Supreme Court justices to deconstruct the legal barriers maintaining the separation of church and state. Expect more judicial findings that allow religious groups to sap the public treasury for education and other activities.

Now we have gone far beyond the point where Trump’s lies do not count. For a long time Trump has had the habit of looking in the mirror and attributing his worst qualities to his opponents. So, when he and his cronies cooked up “Stop the Steal,” it was an outgrowth of his success in stealing the election in 2016.

Once he entered 1600 Pennsylvania Avenue, the Trump Organization’s desire to steal as much as possible — including the remaining integrity of election officials everywhere — became evident. While the investigations of Trump and his private financial empire by the district attorney in New York City and by the New York state attorney general may well turn up numerous prosecutable violations of long-ago behavior, my guess is the charges may not have sufficient impact to do more than slow down Trump while emboldening his followers to engage in more physical attacks on government.

For me, the hope is that the district attorney in Atlanta will bring criminal charges against Trump, his chief of staff, Mark Meadows, and perhaps other defendants who were involved in trying to illegally reverse the 2020 federal election results in Georgia. The evidence is on distinctly audible tape, and the motivation and criminal intent of the 45th president is crystal clear. As Trump told Georgia Secretary of State Brad Raffensperger: “I just want to find 11,780 votes, which is one more than we have…”

This is the pure case where the stakes are clearest: the power of the presidency of the United States for four years… or more, if Raffensperger had changed the vote count. This outrageous crime by Trump is now the model for the Republican Party for a brute force attack on election officials everywhere. However, it may be the only case where the US Supreme Court — now dominated by McConnell-confirmed and Trump-nominated justices — might actually remember a flicker of constitutional law and the power and independence that lifetime appointments are supposed to bring.

Ultimately, it will be up to the justices to decide whether they will protect the rule of law that gives them power in the first place, or whether they will succumb to obliging and protecting a former president who, given the opportunity, would also destroy their institution and the Republic.

Allan Dodds Frank is an Emmy-winning investigative correspondent who covered Capitol Hill and The White House in the 1970s and early 1980s for The Washington Star and Forbes magazine. He investigated various aspects of Donald Trump’s finances for Forbes and for ABC News as Trump was approaching bankruptcy.

I couldn’t disagree more! 9/11 allowed for the passage of the Patriot Act, in my opinion one of the greatest infringements of American liberty in my lifetime. The government’s unlimited ability to spy on its citizens under the guise of counter-terrorism is abhorrent. Not to mention that the loss of life on 1/6/21 doesn’t lift a finger to the tragedy of 9/11. American democracy is already over (see: The Electoral College, Citizen’s United case, etc.), the Jan 6th riots just made it obvious.

The CIA and military determined Trump would not be re-elected. Bribery and an offer “he couldn’t refuse” was offered to the owner of Dominion voting machines. Trump votes were switched to Biden. The election was stolen by the intelligence agencies and the patriots of Jan 6 knew it.