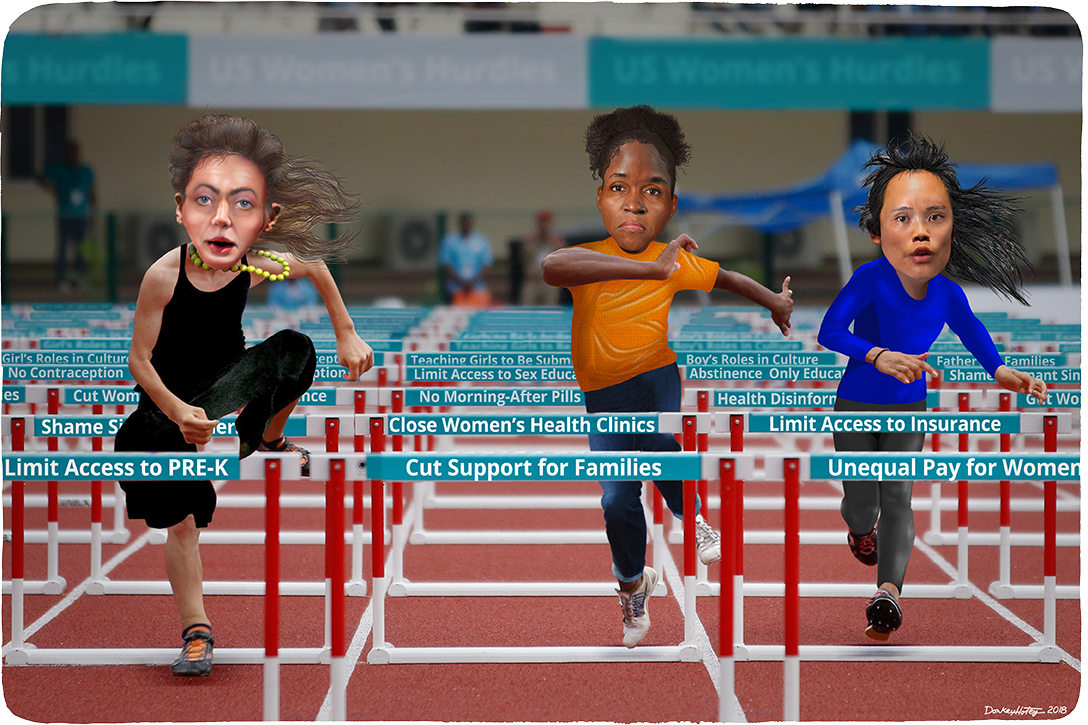 If Abortion Is Murder, the Pro-Life Movement Is an Accessory

Abortion is one of the most contentious issues of our time for a reason. For one side it’s a matter of life and death, and for the other it’s about the government wanting to dictate to women what they should do with their bodies.

However, while abortion seems like a black-and-white issue with no middle ground, that’s actually not true — or at least it shouldn’t be. It’s not as though the pro-choice camp advocates abortions. Its position is that women should have the option of terminating a pregnancy if they are convinced doing so is necessary.

For most women, that is a very difficult decision that comes down to having to figure out what kind of life both she and her child would have once it is born. Would it be healthy? Would it be loved? Would she survive childbirth? Would she be able to take proper care of the child? Would she have to drop out of high school and go on welfare for the rest of her life? Would the child’s father be serving a prison sentence for raping its mom? Would it be born into abject poverty? Would its father be around? Would its parents be able to kick their opioid addictions?

In most cases, the choice is brutal and often there is no right decision — certainly none that makes anybody happy. Nobody gets pregnant with the goal of having an abortion.

And that’s where the common ground should be. Both sides should want to work together to reduce the number of women who have to face that decision.

However, the leaders of the self-proclaimed “pro-life” movement have no desire to do so. On the one hand, they insist that ending a pregnancy amounts to killing a human being, but on the other hand they won’t lift a finger to actually reduce the number of abortions through common-sense policies.

If, as they claim, abortion is murder, then they are accessories to hundreds of thousands of “murder” cases.

The maddening thing is that it would be so easy to reduce the number of unwanted pregnancies. We know what works: responsible sex education (i.e., scrapping “abstinence only” programs); easy access to contraceptives; and availability of proper health services.

Under President Barack Obama, when these types of policies were promoted, teen pregnancies and abortions declined — although, compared to other countries, they are still very high. Overall, there are an estimated 1 million unwanted pregnancies in the US annually.

Conservatives, however, have no interest in following Obama’s successful path. Instead they are pursuing an “all or nothing,” scorched-earth approach. They fight comprehensive sex education; access to women’s health services (e.g., those provided by Planned Parenthood); and, as WhoWhatWhy reported earlier this week, are even targeting highly effective methods of contraception — on the basis of the unscientific claim that so-called long-acting reversible contraceptives (LARCs), like IUDs and hormonal implants, dislodge already fertilized eggs.

As a direct result of the refusal of “pro-life” policymakers to constructively work to reduce the number of abortions, millions of Americans have suffered needlessly over the years — in part because the concern of conservatives for the baby stops the moment it exits the womb. Then, a low-income teenage mother becomes a “welfare queen” who should “pull herself up by the bootstraps” instead of “burdening taxpayers.”

All these type of conservatives seem to care about is imposing their radical, fundamental religious beliefs onto the rest of the country — even if that means devastating the lives of millions of Americans in the process.