Each January, anti-abortion activists take to the streets of the nation’s capital to fight for policies they say will protect unborn life. This year, emboldened by conservatives controlling the White House and Congress, and courts stacked with like-minded judges, they are setting their sights on a new target: The elimination of federal funding for family planning services.

For 45 years, the “pro-life” movement has gathered in Washington around the anniversary of the Supreme Court’s Roe v. Wade decision to protest the legalization of most abortions in the US, and to implore lawmakers to turn back the clock on reproductive rights. Now, however, with President Donald Trump in the White House — and, perhaps as importantly, Mike Pence as vice president — as well as GOP majorities in both chambers of Congress, the prospects for victory have never been better.

Indeed, on Thursday the Trump administration announced that it was strengthening protections for medical providers whose religious beliefs prompt them to refuse to perform abortions or to offer other contraceptive services. A new division in the Department of Health and Human Services will also protect providers who object to sex-change surgery.

Many of these new policy initiatives may have the largest impact on the poor, as Congress and the White House seek to deprive families of federally funded assistance to help make family planning decisions.

This money — known as Title X funds, after a provision in the Public Health Service Act of 1970 — has increasingly come under attack from Republicans who want to limit women’s access to contraceptives.

Title X is federal grant legislation that secures federal funding for family planning services. It is the only grant legislation approved annually, and is constantly under threat of defunding because of this status. Of the 38 million American women who use contraception, over half — 20 million — rely on publicly funded contraceptive care.

“Without contraceptive coverage, many women would need to pay more than $1,000 out of pocket to start using a highly effective method such as a intrauterine devices (IUDs), a contraceptive implant or sterilization; that would amount to nearly one month’s salary for a woman working full-time at the federal minimum wage of $7.25 an hour,” according to the Guttmacher Institute, a reproductive health research organization. Other forms of contraception are less costly. Although not every woman can take them, retail outlets such as Walmart and Target make birth control pills available to millions of women for $9 a month. But, with the exception of emergency contraception, birth control pills require a doctor’s prescription, an associated visit and insurance costs. 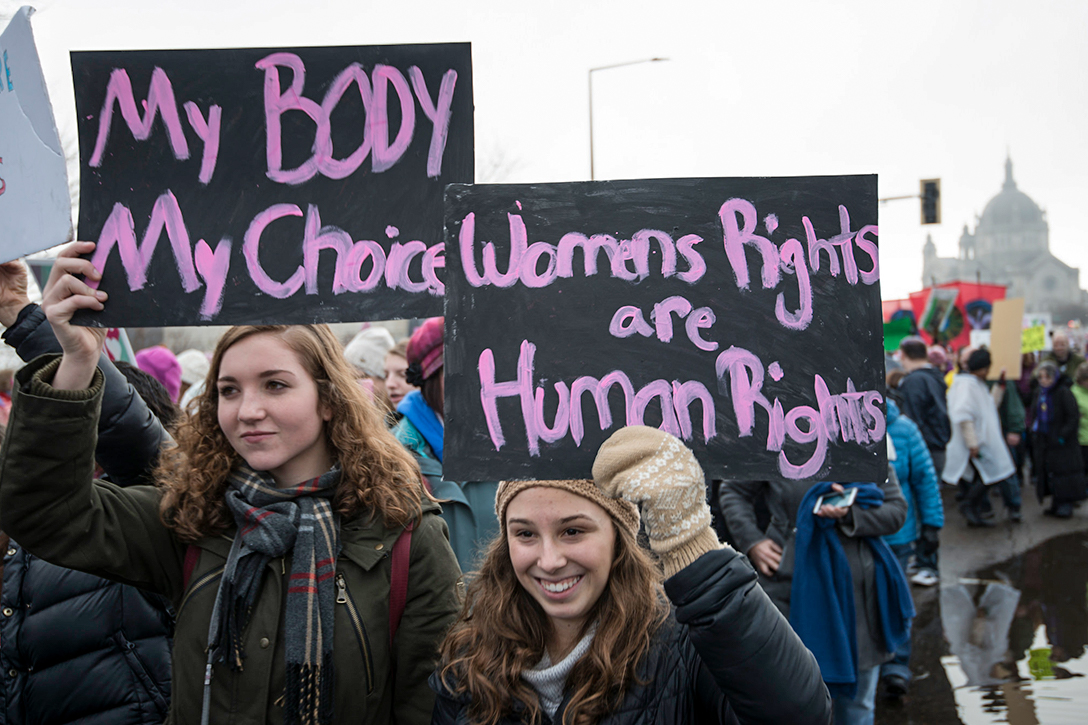 The theory supporting threats to Title X is that life begins at the moment egg and sperm meet, which increasing numbers of anti-abortion advocates and lawmakers embrace. They equate highly effective, long-acting reversible contraception (LARC) like IUDs and contraceptive implants with abortion itself, believing these methods would dislodge a fertilized egg — a view which is not scientifically accurate.

According to the Mayo Clinic, IUDs and implants primarily prevent fertilization, not implantation — there is no zygote, so there is nothing to abort. However, buoyed by the Supreme Court’s ruling upholding Hobby Lobby’s religious right to deny access to LARCs, and President Donald Trump’s seeming eagerness to please his base, anti-abortion advocates are seeking to promote their ideology in a number of ways, including going after Title X funding.

“Millions of Americans rely on the services Title X ensures,” Kinsey Hasstedt, Guttmacher’s senior policy manager told WhoWhatWhy. “In its beginning it was championed by both sides of the House — its main sponsor was George H.W. Bush and was signed into law by President Nixon.” The idea was that women and couples — regardless of their employment or insurance status — should have the opportunity to plan whether and when they would start a family.

Fast forward a decade to Ronald Reagan’s presidency, Hasstedt says, “and there started to be more of the anti-abortion ideology — that has always existed — entangling into the politics and policies of family planning. Today the attacks on publicly-funded family planning programs and providers are motivated by this anti-abortion animus; and we have seen more policy makers come out with specific anti-contraception views and policies.”

Three-quarters of all women in the US who underwent abortions in 2014 were either living in poverty or had low incomes of roughly between $11,000 and $22,000. If federal funding is removed, these low-income households would suffer the most, physically and financially.

The attacks on abortion and contraception have taken many forms:

Today, about six out of ten Americans believe abortion should remain legal. Those who oppose abortion view it as the immoral killing of “the unborn,” tantamount to infanticide. However, some physicians who remember the time before Roe v. Wade worry that overturning it would slide the country back to the days when more than 200 women a year died from septic shock due to “back alley” abortions, or became infertile after suffering permanent injury inflicted by barbaric tools. Rights that seemed settled nearly 50 years ago are threatened again today.

Research by Guttmacher highlights that 45 percent of pregnancies in the US are unintended, and about 4 in 10 of those end in abortion. Three-quarters of all women in the US who underwent abortions in 2014 were either living in poverty or had low incomes of roughly between $11,000 and $22,000. If federal funding is removed, these low-income households would suffer the most, physically and financially. 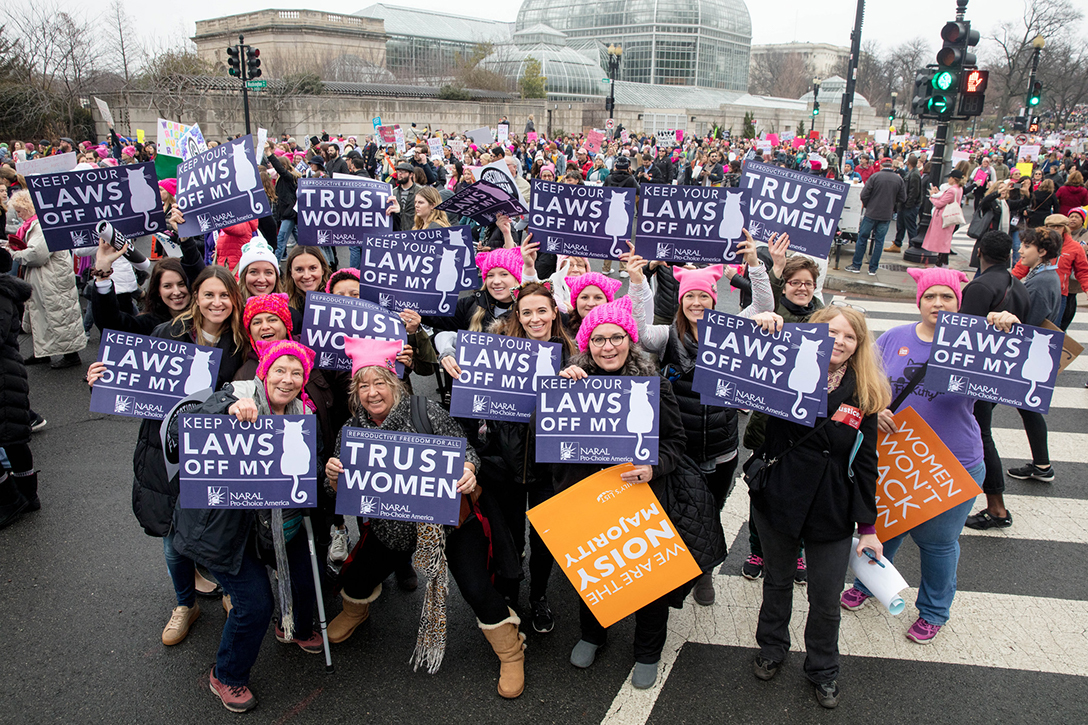 Planned Parenthood leads the way as the most recognized advocate for women’s health issues, but Title X-funded education and family planning services are also provided by thousands of local non-profit organizations. Organizations like ABCD — Action for Boston Community Development, which relies on the federal government for almost 85 percent of its funding for many programs that help the poorest living in the Boston area. They provide OB-GYN support and family planning advice to approximately 30,000 people annually through a string of clinics, and do not provide abortion services.

President/CEO John Drew has seen many administrations come and go in his 46 years working for ABCD, and has managed to secure funding from each of them. However, he told WhoWhatWhy he thinks “this one’s unusual — they’re not like anybody else. Particularly with what they did with overseas family planning — I think that’s awful.” Every global health organization that accepts US funding now has to sign a clause promising not to “perform or actively promote abortion.”

Despite this difference he is stoic about funding, and has a positive outlook.

“Everyday we open and we do business. I’m not blasé, but I just got to get everybody ready, rev up, raise some additional money from other sources,” he said. “But it really depends on the size of the cut. We have a lot of good partners and maybe they would step up and we would continue the service as it is.”

“We just hang in and hold on to our staff, we open our doors and we say to everybody, ‘keep your appointments, see everybody who comes in, and don’t say anything about closing.’ We’re gonna be here.”

Hasstedt points out that Title X funding is intact — for now. But “the Trump administration in its first year and Congress under its current leadership have very openly hostile views and agendas against reproductive health and rights. It’s some of the most underserved vulnerable communities that are slated to be hit hardest.”