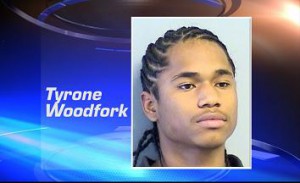 Trayvon vs. Tyrone: Why Racial Stories Are a Bad Idea Some time back, I argued that, while the Trayvon Martin story is tragic and worth studying, we were making a mistake by allowing it to dominate our news cycle for an extended period to the exclusion of so much else. I pointed out that such incidents are, by definition, anecdotal, and do not necessarily warrant treatment as the defining issue of the moment. Implicit in that argument was that hot-button issues like this can morph in unpredictable ways and push us toward more, not less, conflict.

I knew, in part from covering the aftermath of horrible interracial or inter-ethnic tragedies in Central Africa and the former Yugoslavia, that it’s a huge mistake to take any incident and turn it into a national cause—because another incident will always come along to rally those who are on the defensive about the first.

Now, unfortunately, I have been proven right, based on a different incident involving a young black man, older whites, and a horrible death. This time, however, the victim is white.

On February 16, George Zimmerman, a 28-year-old, mixed white-Hispanic, neighborhood-watch captain in a multi-ethnic, gated community –The Retreat at Twin Lakes, in Sanford, FL — shot 17-year-old Trayvon Martin, an African American. Zimmerman was the sole volunteer among his neighbors to play a role in the watch program. Zimmerman is now awaiting trial for second degree murder. The core of the case is whether Zimmerman was justified in believing that he—or anyone—was in imminent danger from Martin, who was returning at the time to his father’s townhouse from an errand, and who was unarmed. The case became largely about racism and racial suspicion, as well as about so-called “Stand Your Ground” laws that provide extra legal protection for those using weapons outside their homes when they feel threatened.

Now, the other case:

On March 14, in Tulsa, Oklahoma, someone broke into the home of an elderly white couple, and viciously attacked and robbed them. Eighty-five-year-old Nancy Strait is said to have been sexually assaulted before being beaten to death, and her 90-year-old husband Bob suffered a broken jaw, broken ribs, and was shot with a BB gun.

Tyrone Woodfork, 20, African American, who was found in possession of the Straits’ car, was arrested and charged with first-degree murder, two counts of robbery and burglary. Police suspect he had accomplices.

The first story became an international sensation. The second story has gotten very little attention outside of Tulsa. But it is now being pushed by those frustrated with all the attention given to the Martin case, and who feel that Zimmerman is the victim of a lynch-mob mentality and being railroaded.

In both situations, a simple moral may be drawn. In the Zimmerman-Martin case, it is obvious that anyone should be able to walk down the sidewalk without fearing for his life—and that one’s skin color should not put one in peril. In the Woodfork-Strait case, it is that no one should have to live in fear that malefactors will attack them in their home.

The activists who rallied in Sanford to seek “justice for Trayvon” felt that the case should become a lightning rod for discussion of racism and gun laws that may lead to and justify avoidable homicides. But what is to stop activists in Tulsa from arguing that the Strait case should also become a lightning rod— for discussion of a fear of lawless young blacks and a logical desire to arm oneself and take whatever measures are necessary to stay safe? In truth, neither case represents a common situation—very few comparable shootings have occurred involving Neighborhood Watch volunteers, and there are relatively few home invasions overall.

Furthermore, both cases confound efforts to reduce them to racially polarizing stereotypes. Zimmerman comes from a Hispanic background, lived in a multi-ethnic community, and was hardly a KKK type. (To appreciate the importance of balance and perspective, read this Christian Science Monitor profile of George Zimmerman, which adds shades of grey to this heretofore black-and-white story.)

Woodfork, it should be noted, had a suspended sentence for a previous burglary conviction. This will surely be used as a sort of Willie Horton moment by those who believe that locking everyone up will make us safer. But the choice is not really between locking up first-time offenders forever (shades of a fascist state) and lawless anarchy. The effectiveness of new approaches to enhancing public safety, including the “focused deterrence” promoted by criminologist David Kennedy (which concentrates on convincing violent drug dealers to change their ways) has been documented.

Besides, the Tulsa case is more about crime than race. Look at this picture: the people gathered to talk about this crime with a member of the Tulsa Crime Commission, neighbors of the Straits, are white and black. In fact, of nine neighbors visible in the photo, five are black. Blacks, percentage-wise, are more often the victims of violent crimes than whites—largely because they live in poor neighborhoods, where, not surprisingly, the perpetrators, too, are black, and not surprisingly, mostly young.

But here’s another photo from that same neighborhood meeting—in this shot, all you see are white faces. Get the problem? Depending on what you see, that’s what you get.

The point is, you can take virtually any high-profile story and create a cause celebre to suit your own perspective, prejudices, agenda. Identifying the bad guys depends on your point of view: Racism is the problem; people of another color are the problem; guns are the culprit, guns are our salvation. On and on it goes.

But one thing is certain: these kinds of stories keep ordinary Americans at each other’s throats. And in this state of mind, we—all of us—are susceptible to manipulation by cynical political operators, who exploit inter-ethnic tensions to lure segments of the public to certain policies and candidates. In the end, the winners are those who stoke the animosities of ordinary people so as to advance their own objectives—which often result in the election of politicians whose principal missions have nothing to do with ordinary people but everything to do with the corporate funders behind them. Just ask Karl Rove. How he must be smiling over the latest political equivalent of professional wrestling.

Ultimately, though, the suspicion, desperation and fear that lead to violence and loss of life largely have their roots in the dysfunction and alienation that are byproducts of the social dynamic in this country. And much of that has to do not with race but with economic opportunity. You will see very, very few middle class African Americans breaking into people’s homes with murderous intent. Meanwhile, black, inner-city youths are regularly harassed by police officers pursuing “stop and frisk” policies; not surprisingly, young blacks make up a huge percentage of our prison population based largely on petty or victimless crimes like marijuana possession. African Americans in California are twelve times more likely to be imprisoned for possessing marijuana than whites, for which offense they can receive cruelly long sentences in overcrowded institutions that are rightly characterized as crime incubators.

The bigger stories are almost always traceable back to societal and structural issues. And these so often come down to who has the money and the power—and what they do with it. While the rich get unconscionably richer, cutbacks in the “safety net” undermine such crucial underpinnings as employment and education for people toward the bottom of the socioeconomic ladder, who then lose hope and direction.

That’s the never-ending story that should be properly covered and discussed. But it isn’t. Because we’re all too busy fighting with each other over some very meager spoils.