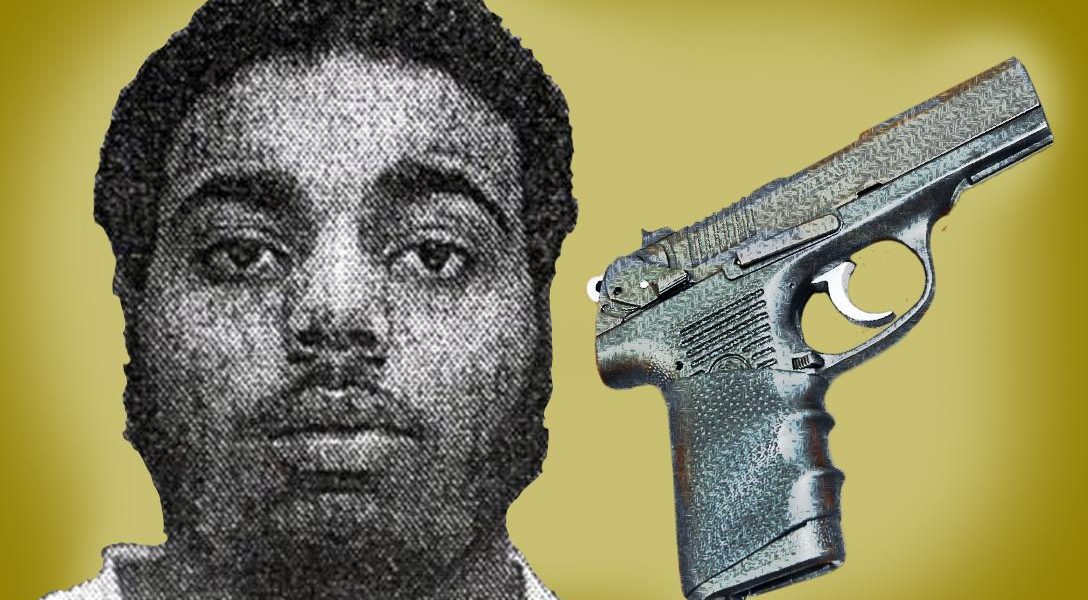 How the FBI Got Tsarnaev’s Friend to Turn on Him

The evidence suggests the FBI went to extraordinary lengths to set up one of Dzhokhar Tsarnaev’s best friends, to ensure his help in convicting the accused Boston Marathon bomber.

Stephen Silva, who testified against Tsarnaev, was released on December 22, 2015, and is now a free man after being sentenced to time served:17 months. Had he not agreed to testify for the prosecution, he would have faced a maximum of 40 years for selling heroin — something the FBI manipulated him into doing.

Silva testified to loaning a Ruger P95 pistol to Dzhokhar Tsarnaev, a childhood friend. That gun was used to shoot MIT Police Officer Sean Collier. But that wasn’t the most useful aspect of his testimony. Here is what the prosecution was really after:

“In particular, his testimony cut against the defense argument that Dzhokhar’s older brother, Tamerlan Tsarnaev, was the driving force behind the entire operation and that Dzhokhar was essentially under his sway,” prosecutors wrote. “Silva’s testimony that it was Dzhokhar, not Tamerlan, who procured the Ruger was an important piece of evidence refuting this defense narrative.”

But was Silva’s testimony reliable?

According to research by the Innocence Project, “in 15% of wrongful conviction cases overturned through DNA testing, statements from people with incentives to testify — particularly incentives that are not disclosed to the jury — were critical evidence used to convict an innocent person.”

The FBI has experience in providing potential witnesses with strong incentives to cooperate with them in the Boston bombing investigation. After learning that Silva was dealing marijuana, a government agent first approached him in June 2014 — over a year after the Boston bombing — posing as a customer asking for heroin. Silva responded that he did not deal with heroin, his court-appointed attorney, Jonathan Shapiro, told the court.

Although Silva had been an intermediary, or a “middleman” for various drugs, heroin had not been one of the drugs he sold, his lawyer said.

That is, until the FBI informant persuaded him to do it.

Silva was arrested in July 2014 for selling heroin on six different occasions to a confidential informant in Medford, according to his indictment.

One informant received over $66,000, according to a September 2014 court filing, for aiding the FBI in the sting operation incriminating Silva. That unnamed witness had been facing federal firearm charges. The money he received covers “payments for services, expenses, and relocation” as well as vehicle fines.

US District Judge Mark L. Wolf agreed with prosecutors that the government operation against Silva did not constitute entrapment, although he acknowledged that Silva had to be persuaded to sell heroin.

Silva’s lawyer seized on the latter point during a press conference outside the courthouse. He emphasized that the most serious crime the authorities could pin on Silva was in fact orchestrated by the FBI and only succeeded because of the cajoling of a paid informant.

“If it had been technically entrapment, we would have raised it,” Shapiro said. He also argued that Silva’s “possession of the gun in connection with the marijuana operation had nothing to do with the heroin trafficking that the government orchestrated.”

In the courtroom, the prosecution had attempted to portray Silva as a violent drug dealer, who first obtained the gun as part of a conspiracy to sell heroin.

The Importance of Spin

For this reason, the question arises of whether the government took unusual steps to secure Stephen Silva as its star witness, while at the same time preventing him from taking the stand for the defense.

Given what Stephen Silva told Rolling Stone in an August 2013 story, under the pseudonym “Sam,” Silva’s account of Dzhokhar’s relationship with his older brother, Tamerlan, could have been crucial for the defense, had he served as one of its witnesses. Silva spoke highly of Dzhokhar, and attested to Tamerlan’s radicalization and influence over him.

“He was never violent,” Silva told Rolling Stone, describing his former friend as “one of the realest dudes” he had ever met.

Silva went on to say that, although he had always wanted to meet Tamerlan, Dzhokhar wouldn’t let him. “No, you don’t want to meet [my brother],” the younger Tsarnaev told him.

One of Silva’s assertions in the article directly contradicts the prosecution’s claim that Dzhokhar acted on his own.

“His brother must have brainwashed him,” Silva told Rolling Stone. “It’s the only explanation.”

Sometimes witnesses are rewarded for cooperating with the prosecution, as was the case with Stephen Silva. And sometimes they are punished for cooperating, as WhoWhatWhy previously reported. The message to be taken away might be summed up this way: To serve its own ends, the government selectively and inconsistently metes out its own brand of  “justice” in dealing with crucial witnesses.