The Boston Marathon bombing is much more important than has been acknowledged, principally because it is the major domestic national security event since 9-11 and has played a major role in expanding the power of the security state. For that reason, WhoWhatWhy is continuing to investigate troubling aspects of this story and the establishment media treatment of it. So even as it slips from the headlines, we will be exploring new elements of the story regularly as the trial of Dzhokhar Tsarnaev approaches.

Since the Boston Marathon bombing a year and a half ago, the FBI appears to be intimidating, harassing, and silencing friends and acquaintances of the Tsarnaev brothers. Dzhokhar Tsarnaev’s lawyers have noticed it too—they’re having trouble getting anyone to talk to them, recent court papers reveal.

In what WhoWhatWhy previously described as the FBI’s “war on witnesses”, the Bureau seems to be employing a scorched earth strategy of destroying anything that might be of use to the “enemy.”

On August 29, Tsarnaev’s lawyers filed a motion requesting a continuance for more time to prepare their defense, noting the fact that they were given only half the median preparation time that federal courts have allowed over the past decade for defendants on trial for their lives. (The judge did grant a two-month delay while refusing the defense request to move the trial out of Boston.)

The lawyers cited “outpaced requirements” in building a proper defense for their client: (1) the international nature of the investigation—including language and geographic barriers, (2) the large amount of evidence that has to be scrutinized, and most tellingly, (3) the climate of intimidation and fear created by the FBI’s investigative efforts since the bombing. They write:

Domestic defense mitigation investigation has been conducted amid a growing atmosphere of anxiety and agitation generated by highly-publicized arrests, indictments, prosecutions, deportations (and, in one instance, the FBI killing) of members of Dzhokhar and Tamerlan Tsarnaev’s peer groups.

Most news reports brush over that last part. As if shooting to death an unarmed man involved in this case—as an FBI agent did to Tamerlan’s friend Ibragim Todashev—is not relevant to the difficulties the defense team has had in getting witnesses to talk to them. But even less extreme events are enough to silence potential witnesses, such as the mysterious closing of their bank accounts. 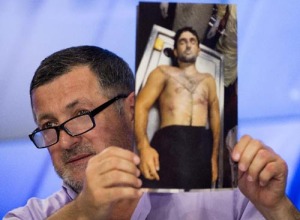 Prosecutors resisted this and an earlier attempt to have the trial delayed. The victims have a right to see justice done—swiftly, the thinking goes.

The victims and their families certainly deserve justice for this horrible atrocity. True justice should include a full accounting—something a hurried, one-sided investigation is not likely to produce. And of course Boston and the American public deserve, and need, the truth, whatever it may be.

Yet a close read of the motion document reveals FBI activities that seem more of an effort to conceal than to illuminate.

The FBI’s March to the Sea

Tsarnaev’s defense team makes reference to the most troubling—and most anxiety-producing—action by the FBI since the bombing: the shooting to death of Tamerlan’s friend, Todashev. (See our earlier story on the head-scratching circumstances surrounding that shooting, including the questionable history of the agent who pulled the trigger.)

Some of the FBI’s aggressive tactics described in the defense document look like outright intimidation. For instance, individuals “with lawful immigration status have been detained for hours and required to surrender their electronic devices upon re-entry to the United States.”

And take a look at this excerpt:

“The investigation has been further hampered by aggressive FBI follow-up tracking and questioning of potential witnesses, as well as by the unrelenting attention of the news media.”

It is one thing to be aggressively tracking and questioning individuals suspected of committing crimes, but to be doing this to presumably innocent witnesses reeks of intimidation. Witness intimidation is a tactic ordinarily associated with mafia or drug cartel defendants.

Notably, this “tracking” must have been brought to the attention of defense lawyers by witnesses themselves, indicating overt surveillance: “We’re watching you.”

Then, farther down in the document:

“These difficult circumstances are compounded by a continuing pattern of aggressive FBI re-interviewing of potential witnesses — on occasion within hours of an attempted contact by defense investigator [emphasis added].”

Within hours of an attempted contact by defense investigator? Is the defense team being watched too? (We reached out to Tsarnaev’s defense team hoping they could expand on that, but have not yet had a response.) 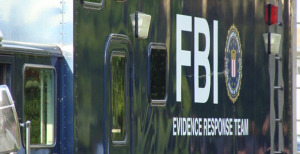 It wouldn’t be the first time the FBI was caught spying on defense lawyers in a high-profile terrorism case. Lawyers for accused 9/11 mastermind Khalid Shaikh Mohammed allege that the FBI has been surveilling  them.

Whether legal counsel are being watched directly or simply getting caught up in the surveillance of Tsarnaev’s acquaintances, the effect is the same: the feds know who is talking to whom, and when.

That’s a Nice Immigration Status You Got There…

Witnesses who are not U.S. citizens—which describes the majority of Tsarnaev’s friends, family, and many in the local Muslim community—are particularly vulnerable to law enforcement manipulation. The threat of deportation is a clear and present danger to these individuals, “regardless of whether criminal charges are ever brought or proven against them,” Tsarnaev’s lawyers wrote. 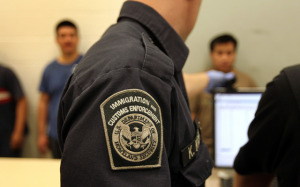 Indeed, a handful of people loosely connected to the Tsarnaevs have already been deported, or had deportation proceedings initiated against them, despite having nothing to do with the Boston Marathon bombing. These include:

–   Konstantin Morozov: friend of Tamerlan, arrested and jailed pending deportation reportedly after refusing to wear a wire for the FBI as the Bureau sought information on one of Tamerlan’s Chechen friends.

–   Tatiana Gruzdeva: girlfriend of Ibragim Todashev, deported after speaking with Boston Magazine about the circumstances surrounding her boyfriend’s death.