Feds Finally Following Local Lead in Use of Body Cameras

This time, no bystander recorded the incident, which took place on the top level of a parking garage on June 3. And as local protests mounted, there was no video evidence to confirm or counter the official account of what happened, which was that Smith, alleged to be a felon in possession of a gun, shot at officers before he was slain. The local sheriff’s deputies who shot Smith did not activate their body-worn cameras despite a 2020 Justice Department directive allowing them to do so.

Feeling the public pressure to be more transparent following the death of Floyd, the sheriffs of both Hennepin and Ramsey counties in Minnesota announced they were pulling their officers from federal task forces until their deputies were allowed to use their cameras.

A few days later, Deputy US Attorney General Lisa Monaco announced a new policy that not only permits local law enforcement on federal task forces to use body cameras but requires federal agents — including those from the Bureau of Alcohol, Tobacco, Firearms and Explosives (ATF), the Drug Enforcement Administration (DEA), the FBI, and the United States Marshals Service (USMS) — to wear and activate body-worn cameras during preplanned arrests and when serving warrants. Each of those federal agencies has 30 days to develop its policy and implementation plan, which will be rolled out sometime in the next fiscal year starting in October.

The Justice Department is only now trying to catch up with local law enforcement, which has steadily increased the use of body cameras in the last decade. By 2016, 47 percent of general-purpose law enforcement agencies in the country had acquired body-worn cameras, according to a 2018 report by the Bureau of Justice Statistics. Eighty percent of local and state agencies with more than 500 officers or deputies had body cameras, according to the report, which is the latest data available.

But the Department of Justice didn’t follow suit. In 2015, the former assistant director of the US Marshals Service, Derrick Driscoll, said not just federal officers but local law enforcement officers would be prohibited from wearing body cameras when serving on Marshals task forces.

That didn’t change until last October, when then-Attorney General William Barr announced that the Department of Justice would allow state and local officers to activate body-worn cameras when serving on federal task forces during planned arrest operations and while executing and serving warrants.

It is still unclear why the local members of the North Star Fugitive Task Force in Minnesota were not allowed to use them when serving the warrant on Smith.

The US Marshals Service counts about 3,600 federal officers, and deputizes nearly 2,400 local officers, in eight regional fugitive task forces, 56 district-based violent offender task forces, and four foreign field offices. But an investigation by the non-profit news organization the Marshall Project and USA Today revealed that they are more violent and harder to hold accountable than local police.

No marshal has ever been prosecuted following a shooting, according to the Marshall Project investigation, which found that “local district attorneys don’t have the legal power to prosecute federal agents, including police officers serving as task force members.” It also found the Justice Department can shield them from litigation.

A review by the Office of the Inspector General of 103 of the 267 shooting incidents that occurred between 2000 and 2003 found that the ATF, DEA, FBI, and USMS, “did not consistently report, investigate, and review shooting incidents according to their own procedures.”

Why Weren’t They Allowed to Use Body Cams?

Back in 2015, Driscoll, the assistant director of the Marshals Service, said that local officers serving in federal task forces would not be allowed to turn on their body cameras because the DOJ had not yet provided specific rules around the technology.

In 2019, the Justice Department told the Washington Post that body cameras evoked “safety and security concerns, such as protecting sensitive or tactical methods used in arresting violent fugitives or conducting covert investigations.” Use of body cameras could also put undercover agents, informants, and certain witnesses at risk of being exposed, the DOJ said.

Another concern was the cost of implementing use of body cameras across each agency, according to the Federal Law Enforcement Officer Association, which represents more than 26,000 federal law enforcement officers from more than 65 different agencies.

The organization’s president, Larry Cosme, told WhoWhatWhy he was initially against body-worn cameras, but changed his mind after doing research. Now, he says, his group is in favor of the technology, but he fears the new federal policy will impose budgetary constraints on some agencies, causing resources to be directed away from important functions like recruitment. He said he hopes the DOJ will come up with a plan to appropriate additional money to fund not only the hardware, but the processing, analysis and distribution of the video footage, and other costs related to body cameras.

So far, the US Marshals Service has allotted $4.4 million for body-worn cameras in its 2022 budget. 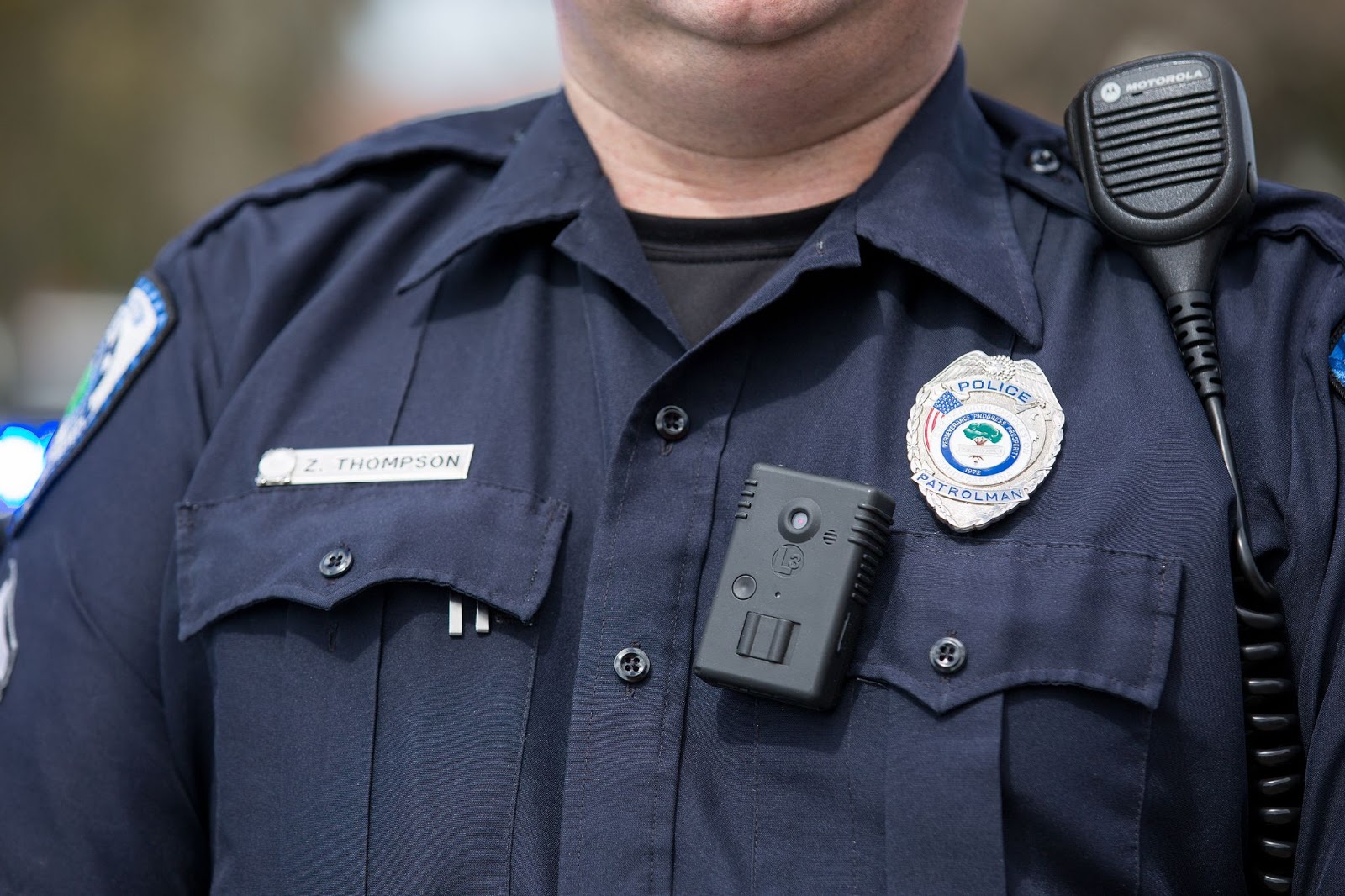 In 2018, in response to the fatal shooting of an unarmed man in Fairfax County, VA, by the US Park Police, who weren’t allowed to have body cameras either, Del. Eleanor Holmes Norton (D-DC) and Rep. Don Beyer (D-VA) introduced a federal bill to require all uniformed federal officers to wear body cameras. The bill failed in 2018 and in 2019 but was included in the Justice in Policing Act passed by the House twice — its 2021 version is currently being negotiated in the Senate.

The bill is a step in the right direction, according to civil liberties groups, which say it should also make clear rules that would dictate across the board when and how to disclose the video footage — without which body-worn cameras are irrelevant, they argue. The current policy relies on individual state laws.

Before George Floyd was murdered, South Carolina was the only state to require its officers to wear body cameras. Since then, Colorado, Connecticut, Illinois, Maryland, New Jersey, and New Mexico have adopted similar mandates. Other states like Nevada, New York, California, and Florida also require body-worn cameras, but only for a limited selection of officers, including state police and some correctional officers.

While the use of body-worn cameras is slowly becoming the norm across the country, the patchwork of laws is problematic, according to Cosme of the Federal Law Enforcement Officer Association.

“There are so many different policies, there’s like hundreds of them nationwide, instead of having one basic standard policy for body-worn cameras, that different departments could rely on and then tweak out to their liking,” Cosme said.

In Minneapolis, the lack of video footage from Smith’s shooting has fueled distrust of law enforcement, sparking several days of protest and putting a spotlight on federal body camera policies. Smith’s family and local activists are questioning the official version of events, while calling for an investigation into Smith’s death and for the US Marshal for the District of Minnesota to be fired.