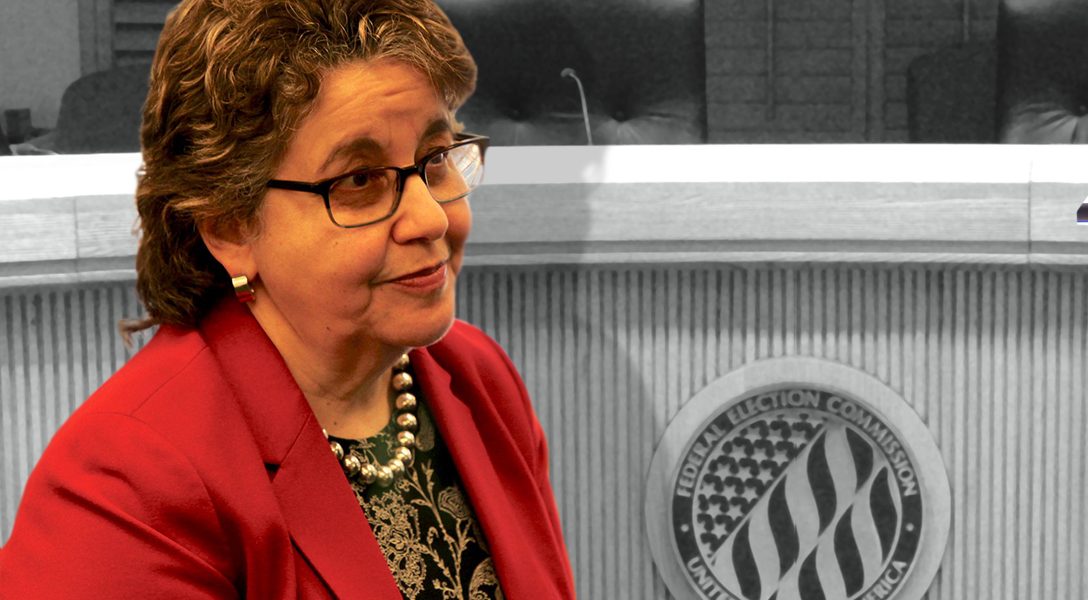 The initials FEC stand for Federal Election Commission but the “F” might as well stand for “feckless.” The agency, according to its own words, is supposed to “promote confidence and participation in the democratic process.” It seems to be failing at its core mission.

Late last week, the two Republican FEC commissioners blocked an investigation into whether Russians used the National Rifle Association (NRA) to pump millions of dollars into the effort to help Donald Trump get elected in 2016.

Early last year, McClatchy DC reported that the FBI was investigating whether Russian banker Alexander Torshin, who has close ties to Russian President Vladimir Putin, had illegally donated large sums to the NRA to get Trump elected.

In March, the FEC launched a preliminary investigation into the matter. Now, however, the commission’s Republicans have blocked the agency from investigating further.

“This is an abandonment of the Commission’s basic duty to investigate wrongdoing, and is contrary to law,” commented FEC chairwoman Ellen Weintraub in a statement.

BREAKING: @FEC's Republicans block all investigation of & enforcement against Russians Torshin & Butina re the NRA & the 2016 presidential election.

Result: FEC does nothing to find out the truth behind one of the most blockbuster campaign finance allegations in recent memory. pic.twitter.com/KgrJLJTuZY

WhoWhatWhy has repeatedly pointed out the dysfunction of the FEC, which has stood in the way of providing any meaningful oversight on campaign finance and other election issues.

“There can hardly be a matter more significant for this Commission than large-scale foreign influence exerted by a preeminent global adversary aimed at interfering with a US presidential campaign,” Weintraub added.

Specifically, she lamented that the Republican commissioners blocked the FEC’s Office of General Counsel (OGC) from collecting a key piece of evidence.

“All our lawyers had to do was pick up the phone, call the FBI, and ask: Are you, in fact, investigating the Respondents for the violations alleged? But when I suggested that the Commission instruct OGC to do so, the Republican commissioners refused,” Weintraub wrote. “We still do not know the answer to this foundational, eminently knowable, question.”

Her Republican colleagues rejected the accusations. Commissioner Caroline Hunter told Newsweek that Weintraub’s “statement is long on conjecture and short on the evidence and the law.”

However, there is more than mere conjecture. The Mueller report detailed the different ways in which Russia sought to swing the 2016 election Trump’s way. In addition, Maria Butina, a Russian who studied in Washington, DC, and befriended gun lobbyists, pleaded guilty to a conspiracy charge late last year and admitted to working as a Russian agent with the goal of infiltrating the NRA.

According to Weintraub, her Republican colleagues simply took the NRA at its word that they did not accept such illegal donations.

She accused the GOP commissioners of deploying a tactic they have used for more than a decade to obstruct the FEC’s work.

“First they blocked OGC’s ability to avail ourselves of the available evidence (by calling the FBI) and next they claimed there was not enough evidence to give them reason to believe a violation of the Act may have occurred (and voted to dismiss the matter),” she stated.

“A foreign adversary interfered in the 2016 presidential election and the response from Republicans at every level, whether it be President Trump, congressional Republicans, or now the Republican appointees on the Federal Election Commission, has been to bury their heads in the sand or actively obstruct getting to the bottom of what happened,” Wyden said in a statement to Newsweek.

While Senate Republicans have worked with Democrats to compile a report on Russian interference, Trump has refused to acknowledge that Putin’s regime actively helped to get him elected, and Senate Majority Leader Mitch McConnell (R-KY) has failed to take any steps to prevent Russia from targeting the 2020 election.

“It’s inexcusable that Republican commissioners would block an investigation into whether Russian money was funneled through the National Rifle Association to help President Trump,” Wyden added. “The blatant partisanship is appalling, undermines our democracy and leaves us vulnerable to continued interference in 2020.”

Weintraub also addressed Trump’s unsubstantiated claim that he would have won New Hampshire in 2016 if it had not been for voter fraud, which the president, who is known for making false statements, repeated at a rally in the Granite State last week.

In a letter to Trump, the FEC chairwoman noted that it has been more than two years since she first asked the president to present proof that would back up his accusation.

In this letter, I ask him to back up his claims in terms a former casino operator should understand: “There comes a time when you need to lay your cards on the table or fold.” pic.twitter.com/vkddT1jGmH

“To put it in terms a former casino operator should understand: There comes a time when you need to lay your cards on the table or fold.”