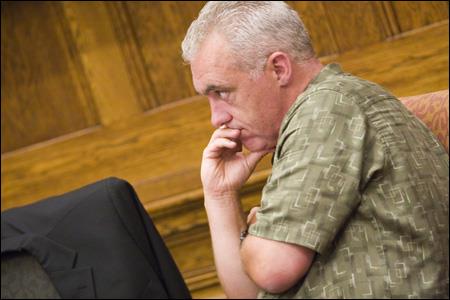 “Conspiracy theorist” is a convenient term for dismissing people who don’t blindly accept any official story that appears in the media.  It’s also used as a smokescreen—to steer people away from the inconvenient truths that sometimes lurk behind those official stories.

At WhoWhatWhy, we specialize in asking hard questions when something doesn’t seem to add up. Now that traditional news outlets have all but abdicated their responsibility to keep our officialdom honest, this seems like an increasingly important mission.

A case in point is the current coverage of the Tsarnaev trial by the Boston Globe. You would think such a venerable newspaper would go out of its way to conduct an independent investigation of the government’s claims concerning the 2013 Marathon attack in its hometown, and the massive ramping up of security state authority in its wake.

But it has not. Indeed, it has done something worse—served as a virtual extension of the official propaganda machine. There has been almost zero investigation of key elements, including the established prior relationship between the FBI and the elder Tsarnaev brother, Tamerlan.

Nowhere is this preference for boosterism over inquiry more on display than with the Globe’s  opinion columnist Kevin Cullen, who is providing a big piece of the paper’s trial “coverage.” Cullen is a veteran newsman who shared a Pulitzer Prize for coverage of the Catholic Church sexual abuse scandals in 2003. But his reporting at the Tsarnaev trial doesn’t even come close to meeting standards of responsible journalism.

As a columnist, he’s of course assumed to have his biases—and to state them clearly, especially in tweets. But Cullen’s blatant favoritism in a life-or-death case—before all the evidence was in—is still unexpected from a Pulitzer winner whose stature puts him in a position to influence The Globe’s daily coverage.

Keep in mind that the judge has barred direct radio and TV broadcasts from the courtroom. So the first channel of information on what’s happening has been the tweets of people in the courtroom.

On Monday, while tweeting about the testimony of police officers involved in the Watertown shootout, Cullen left no doubt that he has abandoned any pretense of providing impartial coverage:

I’m sure Officer Reynolds’ family and friends would agree that he is a “good guy.” And he may well be. But that’s not really what a reporter should be writing, or even thinking, when Reynolds took the stand. Indeed, to reinforce his solidarity with the testifying policemen, Cullen went on to refer to Reynolds simply as “Joe.” In the same way, Sergeant John MacLellan became “Mac” and Sergeant Jeffrey Pugliese was plain old “Jeff.” No last names, because it’s all one “Boston Strong” family. Forget the history of problems with law enforcement testimony, in Boston and elsewhere. Cullen also evinces absolutely no doubt at all about any of the claims made regarding a wild firefight with the defendant and his brother—including one where a police officer was critically injured…by other officers. And when several witnesses stated that Dzhokhar Tsarnaev could have easily avoided hitting his brother while escaping in a SUV, Cullen tweeted:

So Jahar could have escaped and not run over his brother. So it goes. #Tsarnaev

It’s safe to say we cannot expect Kevin Cullen to uncover any inconsistencies in the police testimony, much less pursue those wherever they might lead. Why am I so sure? Because Cullen himself revealed as much in a column he wrote after defense attorney Judy Clarke admitted—in a bid to spare her client the death penalty— the culpability of  Dzhokhar Tsarnaev:

Clarke broke the hearts of the conspiracy theory wackos who have held handmade signs outside the courthouse and filled the Internet with absurd tales of the government using actors to stage the Marathon bombing, that the Tsarnaevs were patsies in some grand conspiracy orchestrated by an Orwellian government.

Now, I’m a political journalist, and I have not followed the bombing, the subsequent investigation, and the trial as extensively as some of my colleagues at WhoWhatWhy. I don’t know for sure what happened in those chaotic days back in April 2013, but I have good reason to find credible the documented assertions that some parts of the official story don’t add up.

There is, however, one thing I’m absolutely sure of: That we should all be glad there are people who are asking the tough questions and probing into the irregularities. Because it’s clear we cannot expect professional distance from the likes of the empathetic Mr. Cullen and others behaving in a similar manner.

It’s easy to get ahead of the parade on an emotional issue involving horrific violence and tragedy. It is not, however, the right thing to do when you are a journalist (or a juror), and all the answers are not in yet.