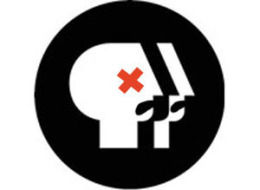 Well-meaning public-interest outfits such as Free Press quickly condemned the action, and urged the public to bring pressure on those broadcasters not to run the spots. As Free Press put it in an email to supporters:

The court said that permitting these sorts of ads would not threaten or undermine the educational nature of public broadcast stations.

But polluting public programming with misleading and negative ads is not in keeping with the original vision of noncommercial broadcasting. And it’s certainly not the solution to funding public media.

But here’s the sad truth: With a few notable exceptions, big public broadcasting (let us distinguish the national PBS/NPR from community-based entities) is a lot less educational than it would like us to believe. True, it contains “thought-provoking” material delivered by dulcet-toned broadcasters and a charming, southern-inflected host with lightly tousled hair, and people seemingly disagreeing in the politest of manners. But the content of these broadcasters is just about as influenced by commercial interests and dominant cliques as the more “vulgar” commercial broadcasters.

The Triumph of Operation Mockingbird

Public broadcasting, which largely targets an affluent, well-educated audience of liberal and progressive bent, is a powerful tool for shaping perceptions and convincing people to continue working within the system rather than fully appraising the corruption that undergirds that system. A brutally candid investigation of our country’s institutions and political/cultural leaders as they actually function would make affluent liberals much more uncomfortable. They’d have to examine the corporate, legal and academic networks of which they are a contented part. And they’d be forced to see that when liberals get into power, all too many end up serving corporate interests in ways that differ from conservatives more in style and tone than in profound shifts of policy and governance. (See a piece we did on this a while back, here.)

Public broadcasting regularly pulls its punches—and has gotten steadily worse in recent years. You can blame attacks from the Right, which periodically threaten to eliminate government support of PBS and NPR. But, in fact, public broadcasting has always been, to some extent, an arm of the establishment.

By creating an aura of thoughtfulness, it has essentially lulled the public into complacency. By its very existence, it has convinced us that dissent is not only welcomed but has a vigorous presence in the American conversation. By having hard-core corporate operatives gently debate tepid reformers, it has given us the façade of open discussion and probing inquiries. Which is why those oil companies, banks, and foundations set up by the very rich are so happy to underwrite all that good taste.

That’s not just crazy talk. The establishment has always understood that the way to control people in a democracy is through the media. In the 1950s, the CIA launched a super-secret program to flood media outlets with its operatives—Operation Mockingbird (if you have never heard of this, and find the notion far-fetched, walk back a few words and hit that link.) We were assured in 1976 (by none less than then-CIA director George H.W. Bush) that such operations had ceased—but even if we can believe that, the Establishment clearly has found other, more subtle ways to move public opinion in the direction it prefers.

Americans originally turned to public tv and radio to escape all advertising and even a hint of corporate influence—though that line has long since been whittled away. The truth is, the sorts of people who watch public broadcasting are probably sophisticated enough not to be swayed by attack ads. But few are sophisticated enough to see the larger picture being assembled under their noses.

Take a minute and think hard about your favorite public radio or television shows. Culturally cool, Downton Abbey and even Prime Suspect, sure. Great pictures, great voices, great music. But, aside from the occasional Bill Moyers, do you see these news sources fully engaging the doubts and concerns that many of us feel about growing repression and oligarchical domination of our society, of crass commercialization and endless distraction of the sort described in Chris Hedges’ Empire of Illusion: The End of Literacy and the Triumph of Spectacle?

Ask any scholar or activist with out-of-the-mainstream ideas or sentiments how often public broadcasting invites them on. Look at which think tanks are featured, and ask yourself when was the last time you saw Dennis Kucinich…much less Noam Chomsky or Naomi Klein. Far more likely you saw Henry Kissinger and James Baker. Far more likely you heard an assessment from a Wall Street Journal reporter than one from Mother Jones. Ironically, the Russian-government English-language channel RT is one place where Americans increasingly turn to hear voices (including this one) left out of the “Public Broadcasting” conversation.

As another media advocacy group, Fairness and Accuracy in Reporting, wrote in 2005 (a key moment in the struggle over public broadcasting with the Bush Administration):

….amidst the clamor over “saving” PBS, more important questions remain overlooked: Is public broadcasting delivering on its promise? Do PBS and NPR really serve as a true alternative to commercial broadcasting? Does the CPB really, as its mission statement proclaims, “encourage the development of programming that involves creative risks and that addresses the needs of unserved and underserved audiences, particularly children and minorities”?

The honest answer to each of these questions is no. Over the years, FAIR’s studies have found a distinctly pro-establishment and pro-corporate tilt in PBS’s and NPR’s national news and public affairs programming (Extra!, 9–10/93, 9–10/99, 5–6/04). Though PBS is mandated to present a wider spectrum of opinion than for-profit media, it is often hard to distinguish the guest lists of public broadcasting’s programs from those of their commercial counterparts.