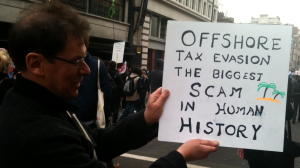 Two of Barack Obama’s most embarrassing advisers have recently slipped from the scene. Is this a coincidence, or damage control?

One is Cass Sunstein, Administrator of the White House Office of Information and Regulatory Affairs, about whom we wrote a while back. We noted that he was the lead person in what appears to be Obama Administration acquiescence with CIA foot-dragging on releasing records related to the JFK assassination. Given that those files are now almost half a century old, the unwillingness to make it a priority to release them, instead of constantly claiming that “national security” justifies withholding them further, only casts further doubts on the government’s claim that Kennedy’s death was about nothing more than a crazed loner.

Sunstein was also notable for a paper he authored that recommended the government use agents for “cognitive infiltration” of Internet chats as a way of diverting conversations from claims of conspiracy.

Now, suddenly, Sunstein is gone. In typical New York Times fashion, the paper in early August told a very selective story about his departure—and made zero mention either of the “cognitive infiltration” proposal or the JFK records.

Mr. Sunstein, 57, who projected an air of disheveled academic detachment while becoming one of the Obama administration’s most provocative figures, announced Friday that he was leaving government to return to Harvard Law School.

The White House offered no explanation for the timing of Mr. Sunstein’s departure. He declined to comment for this article.

There’s a reasonable likelihood Sunstein actually left because he was a problem for the Obama Administration in trying to rally its base before November. Few other high-ranking officials have come in for anywhere near the criticism Sunstein has faced. This way, if anyone should bring up the Sunstein problem, they will be told that it’s old hat.

The other figure of interest who is gone is Robert Wolf, the investment banking CEO who was one of Obama’s biggest fundraisers and closest buddies, even joining him for golfing foursomes during the president’s vacation. Wolf was also named by the president to his White House Economic Advisory Board. He may or may not be gone from Obama’s circle, but he is gone from another potential problem for Obama: he has left UBS Bank to start his own investment firm (although he will, we are told, remain a “senior advisor” to UBS).

UBS, Wolf and their relationship with Obama have been a topic of interest here for years. We last wrote about it here, and noted:

Here are some of the tricks UBS used to hide assets of extremely rich Americans from the IRS (and may have cost US coffers $100 billion), as described by an angry Sen. Carl Levin:

For context, it’s worth reading this Guardian piece on the estimated $21 trillion that global elites may be hiding offshore. That’s enough money to fix a few potholes—and maybe start correcting, say, climate change or the impoverishment of the middle class.

With Wolf no longer chairman of UBS’s American operations, Obama can still pal around with him, get economic advice from him, and point out that Wolf, as an independent investment professional, is no longer responsible for what the bank does.

Speaking of which, what has UBS been caught in lately—since settling with the US on the money laundering? The LIBOR scandal. UBS is one of the banks accused of manipulating interest rates for its own benefit. Now, federal prosecutors are offering deals to former UBS traders if they turn in bigger fish in the rate-rigging.

Assuming Obama cannot—or, to be charitable, will not—impede this investigation, where might it lead? Why, to Robert Wolf, as the onetime top dog.

The truth is that Wolf has been presiding over a dirty shop in the time that he has been successfully romancing the political leadership (this is not a partisan thing—the GOP’s chief financial deregulator, former senator Phil Gramm of Texas, joined UBS as a vice chairman after retiring from the senate.)

It took an outside commentator, the stellar business writer James B. Stewart, writing in the pages of The Times, to note:

At UBS, a series of immunity, non-prosecution and deferred prosecution agreements in recent years — evidently the government’s preferred approach to corporate crime — seems to have had scant, if any, deterrent effect.

But even this feisty piece made no mention at all of Wolf, or of his close relationship with Obama (and other leaders) or of how these kinds of relationships are useful to corporate malefactors when it comes to arranging all of these slaps on the wrist. Some might call the whole thing…corruption.

The upshot of all this is that our political system is so bad that the alternative to the Obama-Wolf relationship is Romney, who both is—and openly embraces—big money, and wants to “unshackle” big money further. And whose own widespread use of offshore banking and other devices to pay lower tax rates than the rest of us makes him a far less likely candidate than Obama to do anything about it.

As Stan Laurel might have said, apologetically: Ollie—here’s another fine choice I’ve gotten you into.