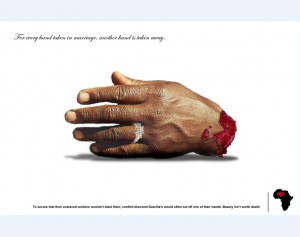 What in the world is wrong with Barack Obama? The man who as a candidate said he saw a limited role for intervention—essentially when America had an overriding “moral obligation” to intervene abroad— is now seeing moral obligations everywhere.

Here’s the latest, which you probably missed, since it came and went with no public uproar: He has ordered American troops into sub-Saharan Africa to help in the fight against a bloodthirsty group that nevertheless probably only numbers in the hundreds.

Before we get to the particulars, let’s consider how this man, who ran largely on opposition to George W. Bush’s reckless military adventurism, has turned out as president.

He started his tenure with a symbolically significant decision: to retain Bush’s defense secretary, Robert Gates. On Iraq, Afghanistan and Pakistan, he fell almost totally in line with the military industrial complex. He failed to investigate wrongdoing on a host of military-national security fronts. He declared an end to torture but has apparently authorized the continued use of “secret prisons” abroad. He participated willingly in the so-called “humanitarian” intervention in Libya—which seems to have had very little to do with humanitarian objectives, and resulted in the massive destruction of that country’s infrastructure. He ordered that murky raid to take out Osama bin Laden, details of which have been deliberately obscured. He has stepped up drone strikes, with their heavy civilian casualties. Recently his administration announced the highly dubious claim that the Iranian government was behind an attempt to assassinate the Saudi ambassador to the United States (with a Mexican drug cartel hit man), which looks to many like a Bushian-style pretext to further isolate Iran in preparation for military action against it.

Now—and you’re excused if you missed this development—he is sending American troops into sub-Saharan Africa. Specifics: Last week he announced the deployment of 100 armed military “advisers” to help in the battle against a rebel group called the Lord’s Resistance Army.

It’s certainly true that the LRA is a brutal, savage, vicious outfit, terrorizing villagers across international borders, raping, maiming and killing. The ostensible purpose of Obama’s intervention is commendable, and the action is backed by some human rights groups. But it’s unclear why US troops, in particular, need to be there. The LRA is believed to number no more than several hundred. It’s hard to see why, with tremendous amounts of materiel and other aid provided by the US to militaries throughout Central Africa, it is necessary for US boots to be on the ground.

Not that the media are asking the right questions. Here’s the New York Times:

[I]t…raises the risk of putting American military personnel in harm’s way in another region while the United States is winding down the wars in Iraq and Afghanistan.

That’s the only thing the “paper of record” can summon up as to why this foray might be troubling: that it exposes US military personnel to physical risk. Well, duh. All military adventures expose soldiers to potential harm. The reporter showed no interest in the why of the matter, nor of why the US seems to be in more and more conflicts—with multiple wars and a military presence, by some counts, in more than a hundred countries.

CAN ANYONE SAY “MINERALS”

As we’ve sought to remind our readers, the US’s mandate abroad, both stated and internally understood, is to advance the American “national interest.” Humanitarianism should perhaps be a legitimate goal, yet in reality it almost never is. But wherever US troops go, valuable minerals and other resources, and the interests of large American corporations, aren’t far away.

Central Africa is one of the most valuable pieces of real estate anywhere. For more on this, let’s go to the CIA’s World Factbook.

Consider the Congo, just one of the countries where the LRA is said to operate:

Or the Central African Republic, another LRA stomping ground:

The United States has discovered nearly $1 trillion in untapped mineral deposits in Afghanistan, far beyond any previously known reserves and enough to fundamentally alter the Afghan economy and perhaps the Afghan war itself, according to senior American government
officials.

Get the picture? Whenever you’re told that your government wants to use your money to secure humanitarian ends abroad, just check the old resource count. And then check out those places (like Syria) with mineral-poor soil, and ask yourself, “How’s that humanitarianism working out over there?”

To start generating positive change, start by changing our understanding of critical events. Please click here to become one of our supporters.