Who Ya Gonna Believe: Would You Buy A Used Iran Terror Plot From The Man? - WhoWhatWhy
Reading Time: 4 minutes 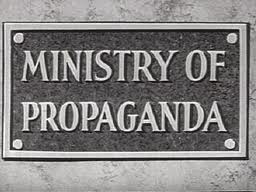 Can we trust the increasingly bizarre stories our government tells us?

Leave it to the US military-industrial complex to create sympathy for Iran.

The recent allegation that Iran is behind a plot to assassinate the Saudi ambassador to the United States on US soil has been met with considerable skepticism—even by the usually docile US corporate media. Not only are folks skeptical, but they’re also feeling bad for Iran, given the real possibility that Iran is the victim of character assassination.

Why? Because the alleged plot doesn’t make any sense. Because the US establishment has high motivation to create reasons for attacking Iran. Because fabrications and false flag attack scenarios have been proposed or tried before—again and again—often with great success.

First off, let it be said that the Iranian leadership is theoretically capable of anything, and that many regimes are. There’s a remote chance that this whole thing is real, notwithstanding how foolish a gambit it would be.

The greater likelihood, however, is that this is something else. Some kind of deliberately conjured cassus belli.

It also comes at a convenient time—diverting attention from a real story about a regime with ties to terrorists. But, instead of a Saudi being a victim, in this other story, Saudis are the perpetrators.

IT’S ALL ABOUT OIL

Here’s an easy way to understand seemingly complex foreign policy: it’s all about oil. Nothing is more important—to continuing the current “American way of life,” to the financial fortunes of the top one percent in this country, and to the US military, which is the world’s #1 consumer of Middle East oil.

When the military-industrial-financial complex is mad at a regime, it is never really about the beliefs or values of the regime, or the way it treats its people. It is always about “legitimate national interests” of the United States (most speeches mention this but don’t explain what it means)—and humanitarian or moral considerations don’t match “national interest.”

The “kooky” Iranian leadership, who wouldn’t be out of place in the freak shows known as Republican Presidential debates, has actually proven itself supremely practical in most matters. Its objective is to remain in power. So it does things that enhance that possibility, and eschews ludicrous schemes that could only get it into deep hot water. The latter is a perfect description of this scheme.

Students of American history know that the “fake-out” is a reliable staple. Whether the Spanish-American War, Vietnam, George W. Bush’s invasion of Iraq, or the fabricated “humanitarian” motive for intervening to secure the overthrow of Libya’s Qaddafi, when the US leadership has wanted to justify military action, it has always found a way—and had no reservations about creating false incidents and narratives. These never fooled the “enemy;” only the American people and a perennially captive and cooperative establishment media.

Meanwhile, the government, not surprisingly, is rolling out whatever guns it can in support of its claims. But consider who’s backing them. Former CIA director Jim Woolsey was invited to give his views by the often skeptical Dylan Ratigan on MSNBC. Woolsey, it should be remembered, was part of the neocon group agitating for the invasion of Iraq and removal of Saddam Hussein—WMDs or no WMDs. On Ratigan’s show, he declared it “highly likely” that the Iranian leadership was behind this, citing various examples of what he said was a propensity to assassinate foreigners. Ratigan did express skepticism about the scenario—Iran using Mexicans on American soil. Woolsey fatuously said it was probably because “we live in an open society” and it would therefore be much easier to carry out in the US.

Perhaps the best counter-analysis can be found here, on the PBS Frontline website, from the independent “virtual” news organization TehranBureau, and written by MUHAMMAD SAHIMI, a USC chemistry professor who has been writing about Iran, its nuclear program and its domestic developments for many years….

I am highly skeptical about the entire episode. In fact, the more I learn about the claim and the indictment, the more I think this may be a classic case of entrapment on the part of the FBI/DEA agents, of the kind that has happened too many times in the past in the United States to be ignored.

… although the IRI [Islamic Republic of Iran] has carried out assassination operations beyond Iranian borders, some of which I have described here and here, they targeted Iranian dissidents, not foreign diplomats. Even at the height of the assassination wave, the IRI did not go after non-Iranians. It is keenly aware that it is under the American microscope. It is thus hard to believe that the IRI would actually embark on such a useless assassination involving a low-level, non-player individual, dealing with people that they do not know.

Furthermore, the IRI ended its foreign assassinations in the mid-1990s. And, with a single exception more than 30 years ago, the IRI avoided carrying out any such plots on U.S. soil…..

Meantime, it certainly is convenient that we are asked to feel sympathy for a Saudi official under “threat” from rogues. Because there’s another story, and it has been almost uniformly ignored by the corporate media—but could cause the Saudis and the Saudi-American relationship real problems if it is not kept obscured by disinformation that muddies the waters.

In this story, there is also terrorism, but the victim is not the Saudi elite—it is the average American. And the perpetrator is not the Iranian state, but figures connected to the Saudi state. It is our reporting about documented connections between the 9/11 hijackers and one of the most powerful Saudi princes, via a house in Sarasota, Florida. You can, and should, read that story here.

Then note that the Saudis are pledging to exact retribution for this alleged plot, stating that Iran will “pay the price.” If the Saudis feel there’s enough evidence in this flimsy scenario to hit back hard, perhaps our gallant media might want to ask them to comment on the Sarasota 9/11 links?

20 responses to “Who Ya Gonna Believe: Would You Buy A Used Iran Terror Plot From The Man?”