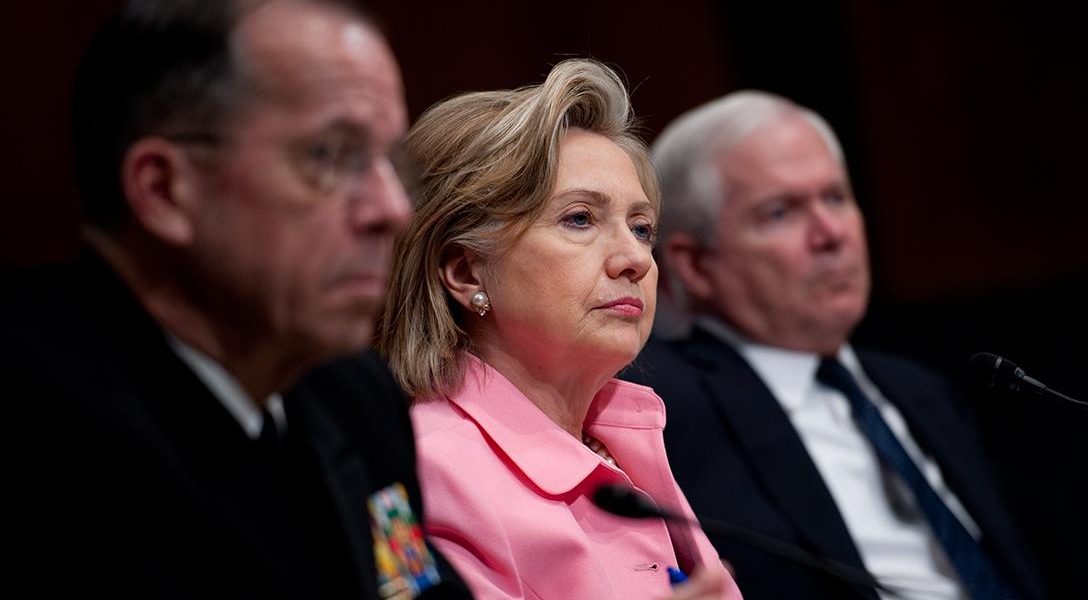 Following a rough night in five East coast primaries, Bernie Sanders’s path to the Democratic nomination is now more narrow and steep than it has ever been. But are these votes truly a referendum on who voters think the best candidate is — or are they merely a reflection of what the corporate media wants Democrats to think?

In our critique of the media, we tend to focus on The New York Times, because it purports to be the gold standard for journalism, and because others look to the paper for coverage guidance. But the same critique could be applied to The Washington Post, Politico, CNN, and most other leading outfits.

In prior articles, we noted how the Times helped Clinton walk away with most of the African-American vote — and therefore victory in many states — by essentially hiding Sanders’s comparably far more impressive record on civil rights.

We also noted how it seemed that every little thing the Clinton camp did right was billboarded, while significant victories against great odds by Sanders were minimized.

These are truly the kinds of decisions that determine the “conventional wisdom,” which in turn so often determines outcomes.

But there is more — and it is even more disturbing. Clinton’s principal reason to claim she is so qualified to be president — aside from being First Lady and senator — is her four years as Secretary of State.

What kind of a legacy did she leave? Perhaps her principal role was to push for military engagement — more soldiers in existing conflicts, and new wars altogether. WhoWhatWhy has written about these wars and their dubious basis.

Wars are good business for Wall Street, for corporations in general, and for others who have been friendly to her and her campaign.

Why was this never a bigger issue? Why was this not front and center with New York voters, a traditionally liberal group with a strong antipathy toward war and militarism? Certainly Sanders tried to bring up this issue, and doesn’t seem to have succeeded. But mostly, this was a failure of the media, whose job it is to shine a strong spotlight.

And why did The New York Times wait until two days  after the New York primary to publish its biggest piece on this, when it could no longer influence that key contest? (It appeared first on its website and later in its Sunday magazine.)

In fact, with the media declaring this probably now a Clinton-Trump race, highlighting her hawkishness turns it from a handicap to a strength. How Hillary Clinton Became a Hawk was the digital equivalent of a huge front-page story.

What the article makes clear — shockingly clear — is that Hillary Clinton is the most militaristic of any of the presidential candidates, even more  than Ted Cruz.

Was this delay in publication just a case of poor scheduling? Was it to ensure that the paper could not to be accused of influencing the primary outcome?

The Times’s editorials had already gotten behind her candidacy (without mentioning her refusal to release transcripts of her Goldman Sachs speeches, or her opposition to a paltry $15 an hour minimum wage). Would running Mark Landler’s critical piece when it mattered have  seemed like an implicit rebuke of the paper’s own editorial board or interfered with its influence?

How ironic it is that “liberal” Hillary Clinton has never met a war she did not like, and has never been held responsible for the chaos they caused and the policies she advocated — yet it is Bernie Sanders whose policies are being described as “unrealistic” by the same people who are shielding Clinton from criticism.

What is the purpose of journalism if not to introduce material when it is relevant — and can have an impact? And one that is good for humanity — as opposed to the arms industry.

The Times, Judith Miller et al, have certainly had an impact. Go here for one of WhoWhatWhy’s stories of some of the goriest details.