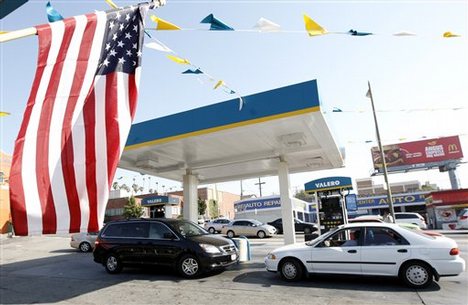 How Do You Support Your Troops—Regular, Special or Super? How do you support your troops? Regular, Special or Super?

Those who “support the troops”, i.e. support their being involved in those conflicts, should be able to explain, with vigor and simplicity, in just a few words, why it is necessary that they die—or risk dying.

Most can’t, and it’s not surprising that they are unfamiliar with some of the most revealing reports and analyses.

First, there’s the question of why the US (and its principal ally, Britain) invaded Iraq in the first place. We’ve had a lot to say on that topic, such as on Britain’s motivation (oil), more on Britain here, and then George W. Bush’s principal personal motivation (not oil!)

Enough Iraq. On to the war that gets the attention these days, Afghanistan. For perspective, see  the following, little-recalled BBC report from May 13, 2002—not long after the US invasion of Afghanistan and installation of Hamid Karzai in power:

Afghanistan hopes to strike a deal later this month to build a $2bn pipeline through the country to take gas from energy-rich Turkmenistan to Pakistan and India.

“The work on the project will start after an agreement is expected to be struck at the coming summit,” Mr Razim said.

The construction of the 850-kilometre pipeline had been previously discussed between Afghanistan’s former Taliban regime, US oil company Unocal and Bridas of Argentina.

The project was abandoned after the US launched missile attacks on Afghanistan in 1999.

Mr Razim said US energy company Unocal was the “lead company” among those that would build the pipeline, which would bring 30bn cubic meters of Turkmen gas to market annually.

Unocal – which led a consortium of companies from Saudi Arabia, Pakistan, Turkmenistan, Japan and South Korea – has maintained the project is both economically and technically feasible once Afghan stability was secured.

“Unocal is not involved in any projects (including pipelines) in Afghanistan, nor do we have any plans to become involved, nor are we discussing any such projects,” a spokesman told BBC News Online….

Also worth reviewing is this inadequately discussed June, 2010 article from the New York Times:

While we’re at it, we might try and name places where large numbers of American troops have been deployed in recent years that do not have copious quantities of precious natural resources.

We also might think about possible reasons why Pakistan, the United States’ principal ally, is not very enthusiastic in helping fight off the Taliban. Consider the oft-cited explanation for Pakistan’s ambivalence: its never-ending geopolitical struggle with India. And a less-cited subtext: Some Pakistanis suspect that the Pakistani quarrel with India is largely perpetuated by the leadership of the Pakistani military because it keeps the army brass well positioned and well paid in a contentious, very poor country. (Kind of how the US military-industrial complex loved the Cold War.)

Here’s how the Associated Press oh-so-briefly characterized this recently, buried in a longer article about Pakistani “conspiracy theories”:

India and Pakistan have waged three wars since 1947 and exist in a state of semi-hostility. Left-wing critics accuse the army, which has ruled the country for much of its existence, of indoctrinating the country with mistrust of India to ensure that it keeps getting a large share of the country’s budget.

Let’s set aside AP’s marginalizing of those critics, and focus on the substance. Pakistan’s insistence on parity with India has been a principal justification for it receiving massive American financial and military aid. Thus, in a sense, the US funds the continued domination of Pakistani politics by the country’s military—and indirectly its support of the Afghan Taliban—while the US fights the Taliban.

Now let’s turn to the third theater of war, Libya, where American troops are not (yet) in ground combat, but certainly at war. As we’ve noted previously, the original stated reason for entering that conflict has essentially been abandoned (not that it was ever believable). If you’ve forgotten the original reason, which is entirely understandable, it was “protecting Libyan civilians”—(though see here for how we are not always that great at protecting civilians, particularly in Afghanistan.)

Most people don’t realize that the US has been deeply involved in creating the opposition that has “spontaneously” risen up against Qaddafi, and there’s (surprise surprise) an oil factor in play.

There’s another factor, too, we don’t hear being discussed. As the rest of the Arab world is swept up in turmoil and anger at US-backed dictators, a post-Qaddafi Libya looks awful nice as a place to base American troops—and if the US is the “rescuer” of the Libyan revolution, it is well positioned to request those bases.

Despite all of this, the obligatory talk (and not just on Memorial Day) is about how very, very proud we are of “our” troops, and their sacrifice. It is not in good taste to ask, however, what all this actually means. Though some do. Among the few is Andrew Bacevich, a retired career Army officer and professor of International Relations, who writes:

…From the perspective of those who engineer America’s wars, the principal attribute of this relationship is that it obviates any need for accountability. For nearly a decade now, popular willingness to “support the troops” has provided unlimited drawing rights on the United States Treasury.

Since 9/11, in waging its various campaigns, overt and covert, the United States military has expended hundreds of billions of (mostly borrowed) dollars. By the time the last invoice gets paid, the total will be in the trillions. Is the money being well spent? Are we getting good value? Is it possible that some of the largesse showered on U.S. forces trying to pacify Kandahar could be better put to use in helping to rebuild Cleveland? Given the existing terms of the civil-military relationship, even to pose such questions is unseemly. For politicians sending soldiers into battle, generals presiding over long, drawn-out, inconclusive campaigns, and contractors reaping large profits as a consequence, this war-comes-first mentality is exceedingly agreeable.

One wonders how many of those serving in the ranks are taken in by this fraud. The relationship between American people and their military—we love you; do whatever you want—seems to work for everyone. Everyone, that is, except soldiers themselves. They face the prospect of war without foreseeable end.

What’s missing from that fine essay (and from most analyses) is a candid assessment of the true power of the American oil industry. It is worth on this occasion taking a few minutes to examine that industry’s little-known history of muscling American presidents, here.

Of course, all the suggested reading above, albeit in short installments, can seem just too darned taxing. It’s a lot more fun to wave a flag and talk about “supporting our troops.” Even if we all know—very well indeed—that we do no such thing.