Lisa Marie Presley before her concert at the Crown casino in Melbourne, Australia, on March 10, 2003. Photo credit: Martin Philbey/ZUMAPRESS.com
Culture

This practice has always been a problem, but many people are unaware of it because large news organizations do, very selectively, credit other news organizations. They do this either because they have sizable or consequential followings, and not crediting them would be noticed and criticized, or because some small news entities are perceived as somehow “hot” and, again, there might be consequences for withholding credit.

I was thinking about this issue the other day when I saw a clause in a New York Times article about resume fabricator Rep. George Santos (R-NY).

Mr. Santos, 34, managed to keep almost all of it from the public until after he was elected, when an investigation by The Times independently unearthed the problematic claims documented by researchers and others that they missed.

Of course, the Times deserves credit for its excellent reporting in shedding light on Santos’s web of self-aggrandizing lies. But it was not the first news organization to do so.

As I noted in a previous substack, a small Long Island newspaper, the North Shore Leader, reported dramatic allegations about Santos’s disdain for the truth months earlier. Now, we don’t know whether the Times found that article online or not, though there is no reason they wouldn’t find it; it comes up with any Santos Google search. Most likely, the investigation began with a tip, if not with a mention of the earlier story somewhere else.

But this is how the Times reporters explain their interest: “So we were curious, because this election had seen the rise of a couple of candidates whose views were farther to the right than others that had been elected in New York in the past. And one of those was George Santos. And he also had this really interesting, dynamic biography. And we were curious to know more about him.”

Given how powerful the Times is and how “early” it was on this story compared to most news organizations, it is understandable that the Times would continue to press its leading role for credit, perhaps angling for yet another Pulitzer Prize. 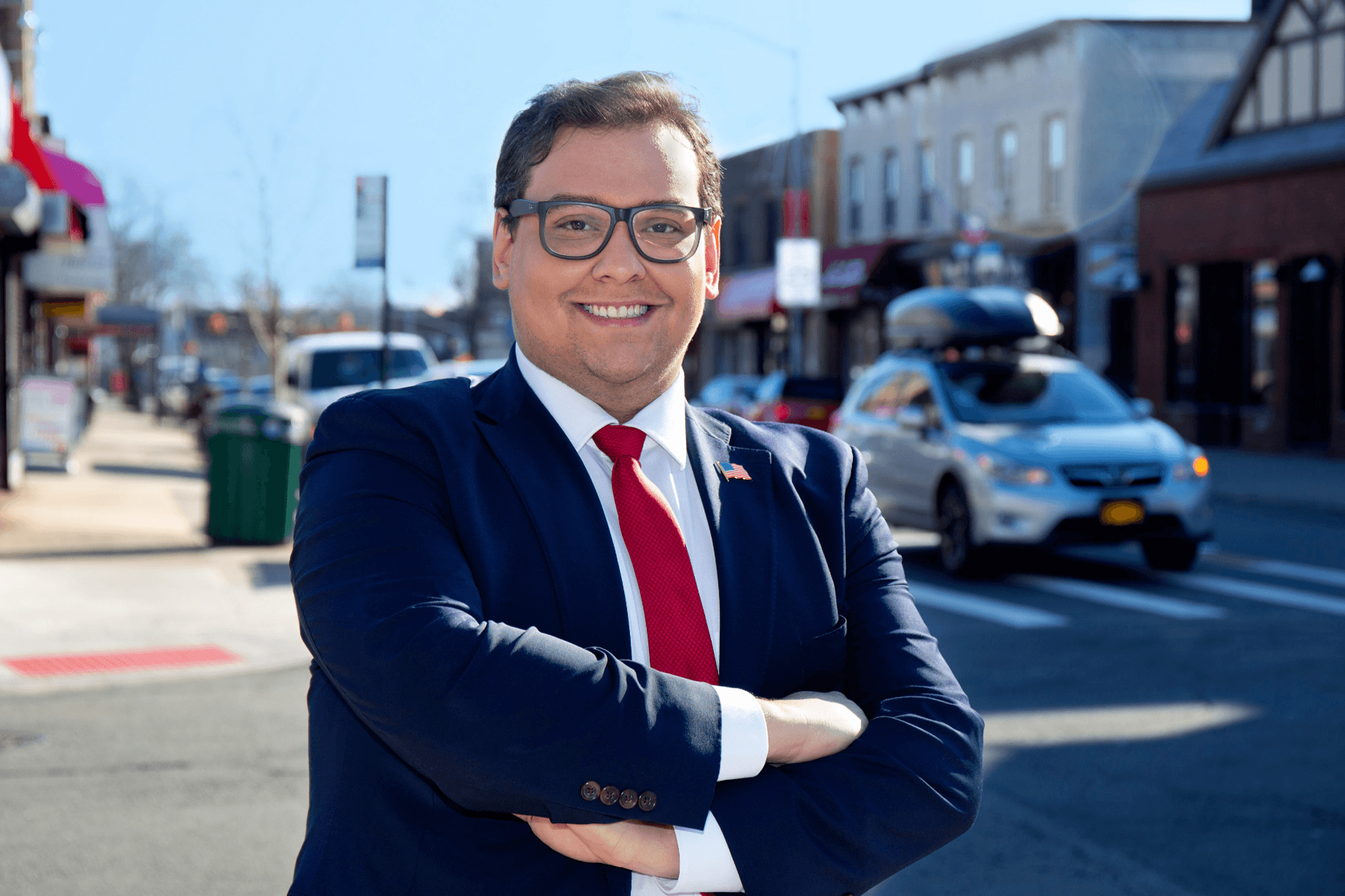 But I again want to point out that the questions about Santos were out there for a long time before the election, yet the Times did not publish its bombshell until after Santos had already been elected. And, truth be told, neither his views nor his resume stood out on the surface as particularly exceptional, such that one might be prone to check his credentials.

So this is all understandable. But it doesn’t mean the Times should be allowed to unduly magnify its role in exposing Santos’s rank contempt for electoral ethics.

The general dubiousness of so many political actors today, which I outlined in my substack, has not received sufficient attention, although — much more than just the Santos spectacle — the lack of quality candidates goes to the heart of the case for systemic reform.

Journalism has often been slow to critically investigate big names, as opposed to an Average Joe accused by the system of doing something nefarious. That’s true of individuals, and it is especially true of entities known to respond aggressively to critics and news organizations.

Over the years, as I investigated the doings of the so-called Church of Scientology, other journalists professed admiration for what they considered “guts.”

They admitted that they personally wouldn’t touch the topic because of the organization’s reputation for aggressiveness toward anyone, from former members to outsiders, thought likely to air material that made the cultish outfit look bad. Decision-makers at news organizations sometimes explicitly told me it was not a “topic for us.” 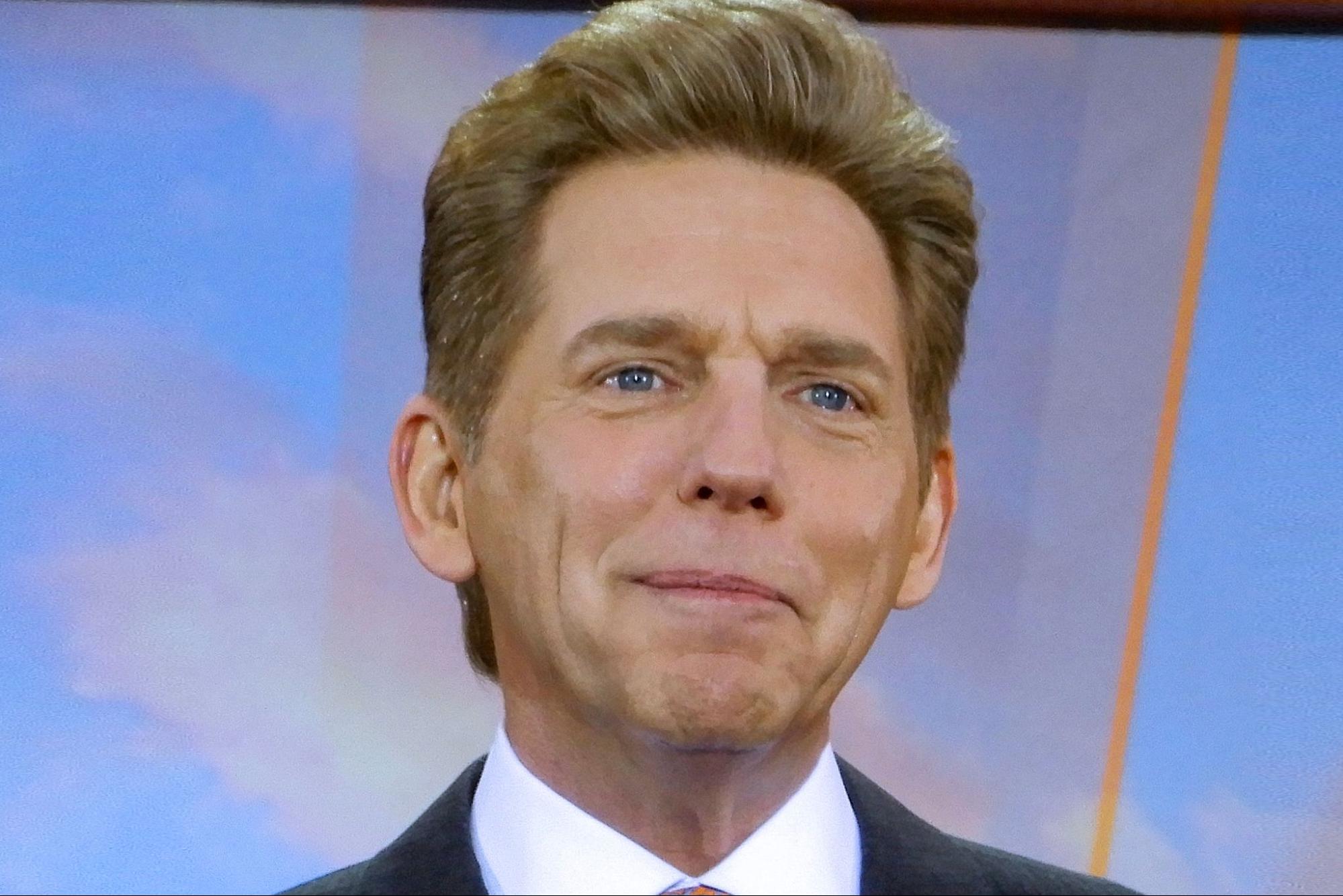 And no wonder: Scientology is so aggressive that its leader, David Miscavige, hired two private investigators to stalk his own father, an outspoken critic of his son’s operation. Police who stopped the investigators’ car found weapons in the trunk, including a silencer. In addition, the FBI has probed allegations that Miscavige was involved in sex trafficking, slave labor, torture, and violent beatings of members to insure their obedience. But, as of December 2022, attempts to serve him with a lawsuit have failed because he cannot be found.

Thus, when I saw the bland coverage of Lisa Marie Presley’s recent death, with mostly brief mentions of her embrace of Scientology, I was not surprised. 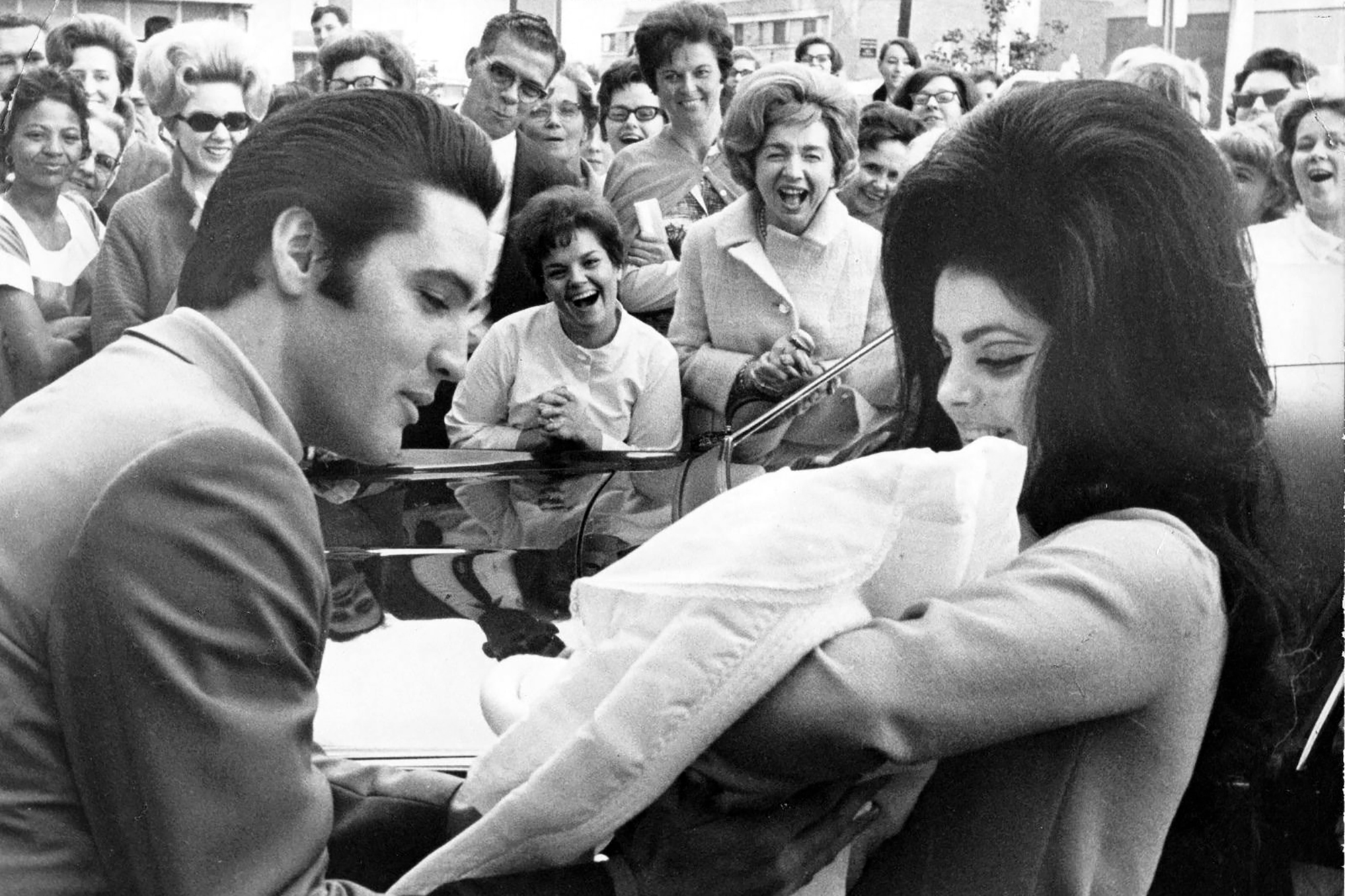 The fact is that her mother involved her in Scientology circles while Lisa Marie was a child and  she lived most of her life “inside.” (Elvis, however, would have none of it. After one meeting at the church, he stormed out, saying, “Fuck those people! There’s no way I’ll ever get involved with that son-of-a-bitchin’ group. All they want is my money.”)

That Lisa Marie and her mother publicly embraced Scientology was a tremendous publicity coup for a highly controversial organization accused by many, including high-ranking defectors, of being a money-hungry cult that preyed on people and inflicted substantial financial, psychological, and even physical damage on them. It has been accused of intentionally dividing families, threatening critics, employing blackmail, and outright brainwashing.

Because I knew about the aggressive measures Scientology takes to defend its interests, including the disappearances and untimely ends of those who cross them, I couldn’t help noting her death, at the fairly young age of 54, from a heart attack (though not that young compared to her father, who died of the same cause at 42; both were heavy users of destructive drugs.)

I knew she had some years ago cut ties with the organization after a lifetime inside, and had been quite outspoken about it.

Then I saw a disturbing report noting that she had figured in the criminal trial of another high profile Scientologist, actor Danny Masterson, who has been accused of multiple rapes. In a very troubling — and certainly illegal — action Scientology officials asked Presley to talk an accuser out of testifying; Presley complied. This fact then became part of the prosecution’s case. 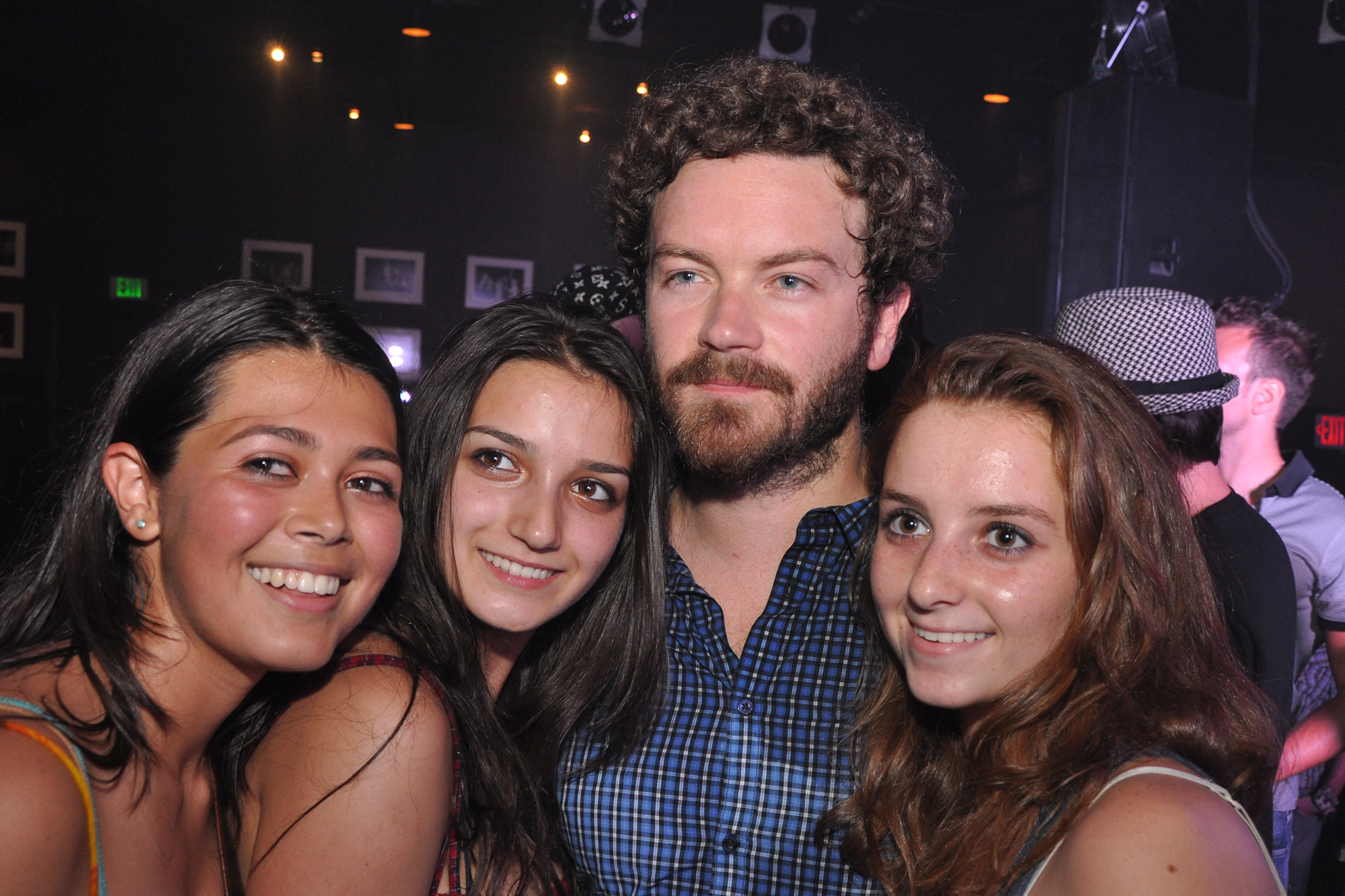 Although a judge had ruled against having Presley testify, a new trial was due to start this year, and, this time, her testimony was possible.

Despite the institutional wariness, some excellent journalism and books have been done on the topic of Scientology, and I doubt most well-informed people need me to lay out the sordid history. However, the media in general have not done enough to highlight how, by targeting big names for membership, Scientology has been able to make itself attractive to thousands, more than a few of whom say they suffered everything from destitution to severe mental health issues. The organization has also taken a ferocious attitude toward those who leave, and assiduously defended those who do not, especially the high-profile ones like Masterson.

One example of the elaborate use that Scientology makes of its stars was Presley’s surprising (and improbable) 1994 marriage to Michael Jackson. News organizations often mention the marriage matter of factly, although it’s hard to believe that any sentient journalist actually believes that the marriage was a true match of soul (or body) mates.

Left out was the fact that the pop singer’s marriage to Elvis’s daughter came on the heels of a string of scandals and legal problems around Jackson’s behavior with underage and even prepubescent male youths.

The marriage gave Jackson a most remarkable PR makeover — but it also benefited Scientology. Jackson was by far the biggest “get” for the church, a bigger icon than its frequently touted endorsers like John Travolta or the late Kirstie Alley, or even Tom Cruise.

Scientology’s success in attracting the curious and the vulnerable has centered largely on the celebrities it has pulled in. It even has special, exclusive “Celebrity Centres” around the world that purportedly cater to the affluent and the accomplished. And in Hollywood, it is a big presence, with its giant blue building on Sunset Boulevard and many related enterprises, including a popular acting class. 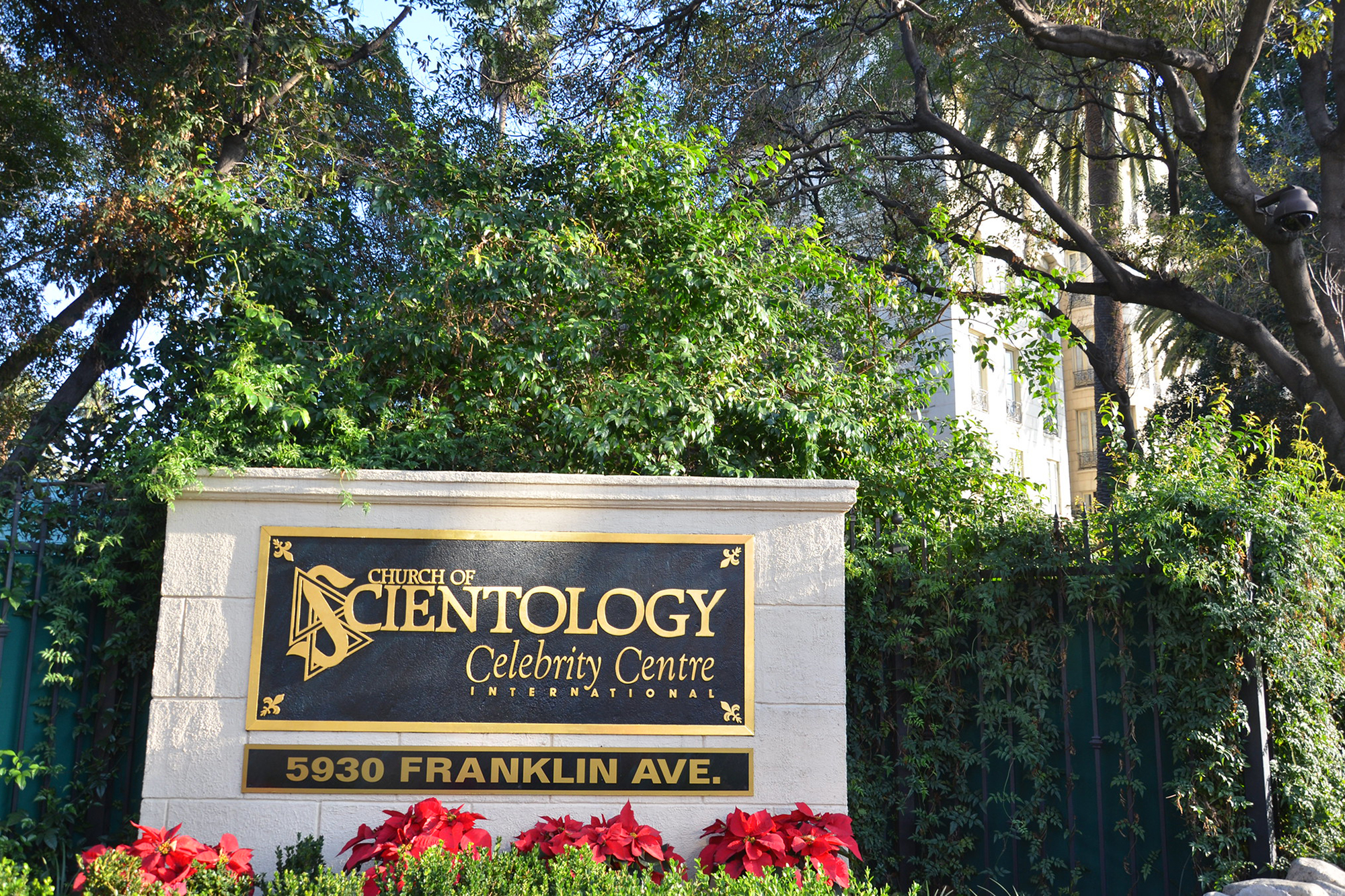 I’ve been able to find only one major news organization, The Washington Post, that published actual speculation on the marriage itself and a possible Scientology role.

I don’t remember seeing that piece at the time but — on my own, having covered Scientology on a few occasions and aware of the elaborate machinations it was capable of — I investigated the suspicious marriage and served as producer of a TV report that aired on A Current Affair.

What I found was evidence that suggested Jackson had “married” Presley on a whim, actually flying down to pick her up from Scientology’s Florida center, and that Scientology personnel were directly involved in arranging the hasty proceedings. I obtained telephone, vehicle, and other records that confirmed as much.

Moreover, I found that the marriage was actually not legal, and that Jackson himself had perhaps not been too enthusiastic or cooperative. A local magistrate in the Dominican Republic performed the marriage in Jackson’s room at a hotel, while falsely certifying that it happened across the island at his office — which, unlike the hotel, was within his jurisdiction. That official was fired after my report aired.

Scientology has also, as noted, placed a heavy emphasis on control of its members. This includes the use of proven mind control techniques, such as a type of lie detector to extract and record highly personal information, and even false confessions, that could be used against a person — especially a celebrity. When a celebrity is no longer afraid of such tactics, though, the stakes go way up.

That makes the Masterson/Presley/Scientology matter something every news organization needs to dig into. If one new congressman like George Santos is a story that every outfit wants a piece of, then surely this is even bigger headline fodder and clickbait.

I spoke briefly with Karen de la Carriere, a former member, who was married to a president of Scientology and who personally “audited” Presley as a child.

“She never got over finding the dead body of her father,” de la Carriere said. “It’s like a stuck picture in your mind you can’t erase. He fell over while using the toilet, and Lisa at nine discovers him.”

That experience led to behavior problems. Not long after, her mother began dropping her off at Scientology centers. There, over the years, she would be put through the organization’s expensive “Purification Rundown,” a procedure promoted as a remedy for drug addiction.

Nonetheless, Presley remained in the thrall of drugs for much of her life.

An odd thing happened two days before Presley’s planned appearance at the first trial. Although she had been listed as a potential witness since 2017, the prosecution turned over to the defense a transcription of a new interview by the district attorney. It revealed that, when asked about the Church of Scientology telling her to “smooth things over” with the victim, this time Presley responded “I do not recall.” She also said “something had happened that was out of her comfort zone.” She gave no details.

Had she lived, what would she have said at the new trial?