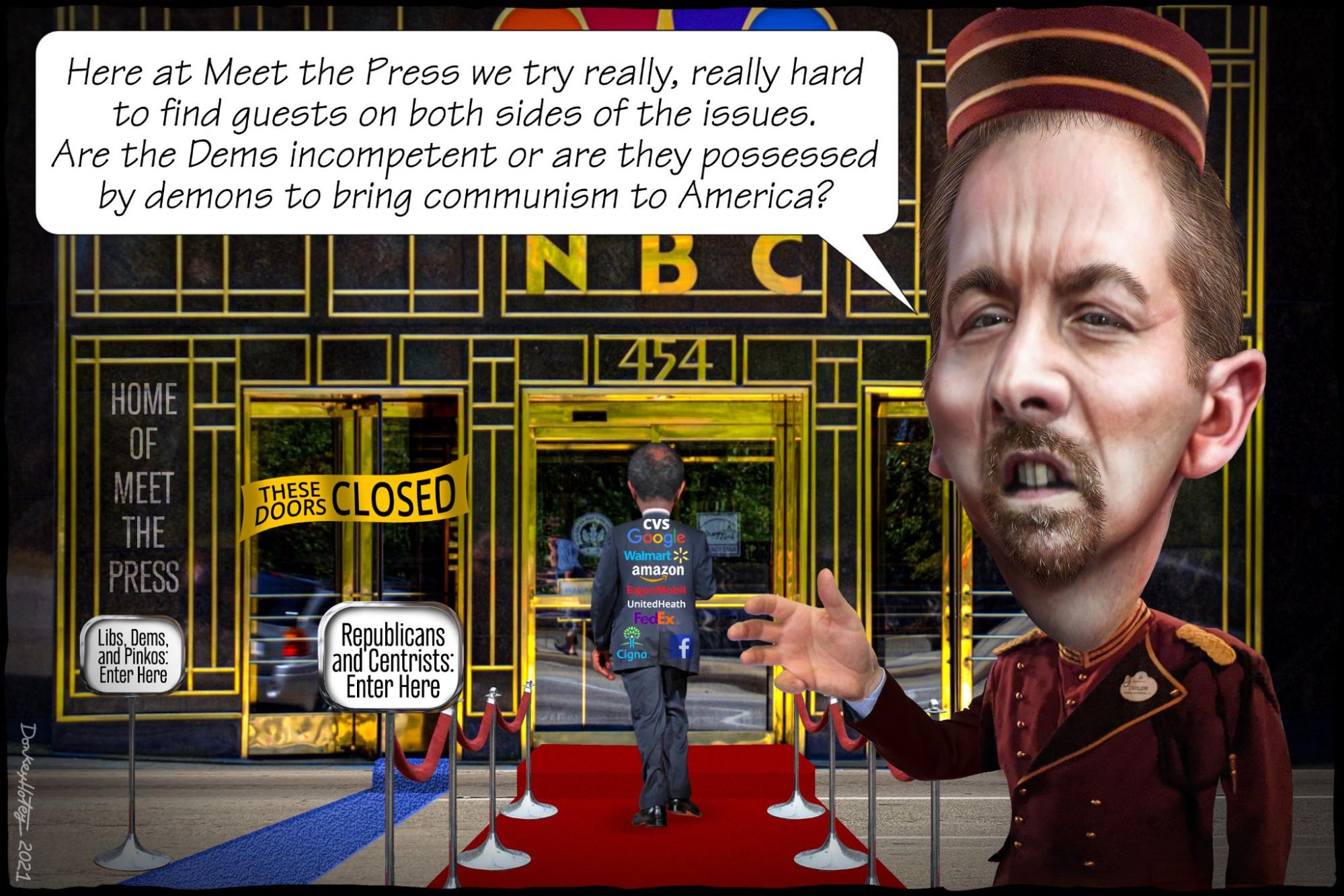 The News Media Is Killing Journalism

At a time of state-sponsored misinformation campaigns, unchecked social media giants getting rich off fostering division, and politicians lying with impunity, good journalism is absolutely vital.

That may have been the message the Nobel Committee tried to send when it awarded this year’s Nobel Peace Prize to journalists Maria Ressa and Dmitry Muratov.

“Free, independent and fact-based journalism serves to protect against abuse of power, lies and war propaganda,” it stated in announcing the winners earlier this month.

Ressa and Muratov, like many of their colleagues across the globe, are putting their lives on the line in order to speak truth to power, expose corruption, and lay open criminal activities in their countries. That is not hyperbole or a figure of speech.

For example, since Muratov co-founded the independent newspaper Novaya Gazeta in Russia in 1993, six of its reporters have been murdered. Overall, 65 journalists died in the line of duty in 2020, most of them in Mexico.

And in the US?

Here, journalism itself is being killed… not by cartels or dictators, but by capitalism, apathy, and, worst of all, the news media itself.

Wait a minute, you might say, isn’t the news media practicing journalism and therefore, by definition, cannot possibly be responsible for killing it?

The answer to that question depends on your definition of journalism.

If you believe that journalism is the frequently laborious collection of information that those in power are trying to keep hidden but that is relevant to the lives of the audience of a news outlet, then the answer is a resounding “no,” because today’s news media has, for the most part, stopped doing that.

However, if you believe that journalism is the regurgitation of useless garbage with the goal of baiting low-information audiences into consuming “news” devoid of any relevance, then the answer is most certainly “yes,” because, in that twisted sense, journalism is thriving.

We believe it’s the former — and that journalism has a higher and more important purpose than keeping audiences up to date on the latest celebrity gossip, compiling listicles, covering important stories in a way that is as superficial as possible, and focusing on the political spectacle instead of the substance of underlying issues.

If that higher purpose is the bar, then the news media is grievously failing. By the way, we are not even counting Fox “News” and other propaganda outlets here (we have covered their devastating impact on the country before). This is entirely about the “mainstream” media. And, judging by the content they are producing, that mainstream has become a cesspool.

One of the best examples of this may be Chuck Todd, the host of NBC’s Meet the Press, who routinely lets his guests get away with lies and misinformation.

This isn’t to say that the big news outlets are doing absolutely no real, worthwhile journalism — whether that’s investigative reporting, stories that explain complicated issues, or interviews of those in power in which tough questions are asked. It still happens — and we are probably a few years away from watching the Pulitzer Prize be awarded to things like this Washington Post article: “Dogs in costumes visit Congress for ‘bipawtisan’ Halloween parade.”

The problem is that quality journalism is being drowned out by useless junk. There are a few reasons for that. Most importantly, news outlets value quantity over quality. To them, it’s all about metrics like traffic, page views, and conversion rates. The content itself is secondary.

To be fair, the media is not solely culpable; it is also a problem of demand. Most Americans seem to prefer lighter fare when it comes to news — certainly nothing complicated… with bonus points if it confirms their biases. Oh, and it should be free. Hide it behind a paywall and nobody will read it. In other words, they like news that is easy to read, easy to understand, and easy to get outraged about.

In a nutshell, this is why Americans know and care a lot more about who shot whom with a prop gun on a movie set (even though this has zero impact on their lives) than what’s in legislation that will affect every single one of them.

And, since that is what gets the clicks, most journalists spend their days churning out this type of article.

Which probably suits most reporters because those things are hard work and just get in the way of “building their brand” and amassing Twitter followers.

And when they do stumble across a piece of genuine news, they are just as likely to hold onto it for a future book as to publish it when it matters. Bob Woodward, once considered the gold standard of investigative journalism for his Watergate reporting and the inspiration for a generation of reporters, is now the poster child for withholding information from the public so that he can make a few more million bucks down the road.

And, in a place like Washington, DC, asking tough questions will just dampen the mood during happy hour when journalists, politicians, and lobbyists get together for a drink.

One of the best examples of this may be Chuck Todd, the host of NBC’s Meet the Press, who routinely lets his guests get away with lies and misinformation. His willingness to give a platform to election deniers, for example, is so egregious that even other journalists have a problem with it.

A lot of this is done in the misplaced belief that a journalist’s duty is to always hear from both sides. That’s fine and good when everybody is acting in good faith. However, it doesn’t work when one party’s entire platform is built on make-believe and rejecting obvious facts.

Even in the best of times, the news media’s failings would be bad news for a country whose Constitution enshrines the need for a free press. But these are not the best of times: Democracy is in peril, partisan divisions are greater than at any point in a couple of generations, corporate greed is rampant, social media monopolies are offering a fast track to mass radicalization and polarization, and the US barely avoided a coup last year. Add to that global challenges like climate change and the worst pandemic in a century, and you have endless opportunities for journalists to make their mark.

That they aren’t doing so is not only shameful but also dishonors the sacrifices made by their colleagues abroad, who are working in much more perilous conditions. One thing is certain: If the 65 journalists who were murdered last year had taken the easy way out by publishing listicles and celebrity gossip instead of exposing wrongdoing, they would still be alive.