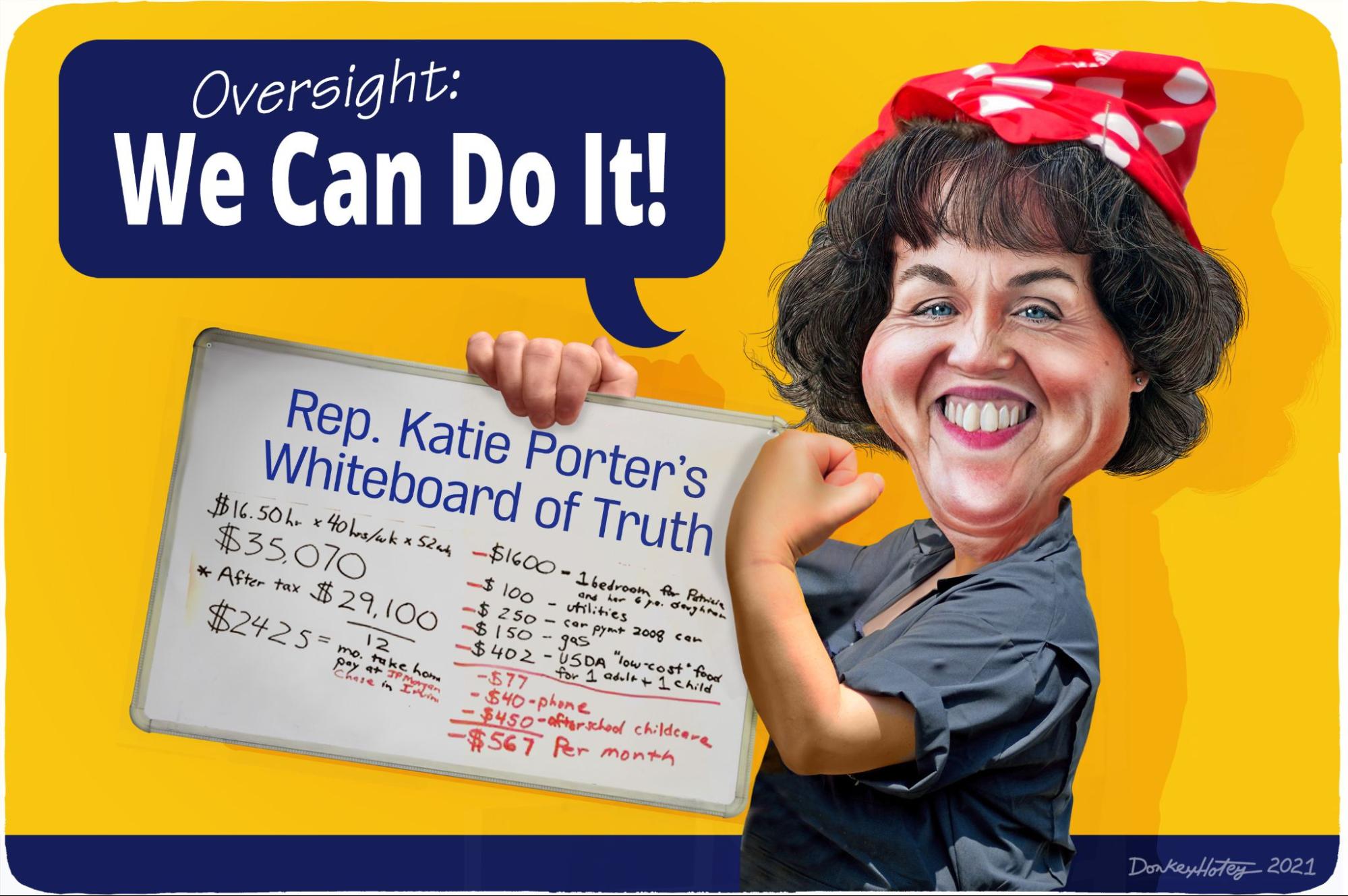 Imagine a sausage factory that produces no sausage while running a huge deficit. But neither its management nor its employees care because their jobs come with a lot of perks and virtually none of them ever gets fired for doing nothing. Sound laughable? Well, if you are an American, then the joke is on you — because that sausage factory is Congress.

And there is no better illustration of its legislative dysfunction than the events of the past weeks. In the face of many crises — from a looming default on US debt and the catastrophic effects of climate change to a crumbling infrastructure and an equally crumbling democracy — Congress just limply grinds along instead of taking meaningful action.

There are lots of reasons for this mess. The most obvious culprits are the institutional (and constitutional) shortcomings that allow the party that keeps losing popular support to dictate the course of the country. If it weren’t for the Electoral College (only one Republican has won the popular vote for president in 30 years), the apportionment of senators combined with the filibuster (for more than 20 years, Senate Republicans have neither won more votes nor represented more Americans than Senate Democrats), and gerrymandering (House Republicans gained more than a dozen seats in 2020 even though Democrats won nearly 5 million more votes overall), Congress would certainly look vastly different.

However, there is an underlying and related problem that keeps getting ignored: Serious problems require serious leaders… and there is a striking lack of those in Congress.

There are many different reasons for this, but we want to focus on one in particular that is often neglected: Competence and courage are no longer part of the job description for the political elite.

That used to be different. It is fair to say that the Founding Fathers, regardless of their flaws, were the best, brightest, and boldest of their time (at least among white males), but while today’s leaders claim to admire these qualities, they no longer aspire to them.

This is especially true for Republicans.

As a whole, almost the entire party and its voters now seem to view competence as a bad thing. The party’s biggest stars are a motley crew of kooks, crooks, and conspiracy theorists, which certainly explains Donald Trump. Sadly, he is now the rule and not the exception.

Today’s GOP leaders — and Republican voters, for that matter — seem to celebrate ineptitude and ignorance. While the coronavirus pandemic has laid this bare in a stunning fashion, there are plenty of other examples, such as the Big Lie. Any Republican election official who states the simple truth that Trump lost is treated as a traitor while anybody spouting even the dumbest conspiracy theory is hailed as a hero. The result is that 78 percent of Republicans now question the legitimacy of President Joe Biden’s election victory, a number that keeps going up in spite of a complete lack of evidence.

Democrats, on the other hand, have their own courage and competence challenges. They are too timid to enact the sweeping changes they promised voters — even though the writing is on the wall that they are likely to find themselves out of power again after the midterms. Too often, the party and its voters choose their leaders based on something other than ability, and, once chosen, these leaders never step aside. That has led to a geriatric leadership clinging to power as though it is their elixir of life instead of making way for a younger generation of Democrats more in tune with what their voters want.

To illustrate each party’s challenges, let’s look at a couple of lawmakers currently serving in Congress.

Both are white women. They are 47 years old and were born just weeks apart. One is serving her second term in office, the other her first. Each of them is a celebrity within her “tribe,” which explains why both are prolific fundraisers. In just the first six months of this year, both collected close to $5 million in campaign donations.

But that’s where the similarities end. Rep. Katie Porter (D-CA) is a former law professor and a consumer advocate who has a long history of taking on big banks. Rep. Marjorie Taylor Greene (R-GA) likes to work out.

Porter’s claim to fame is her ability to absolutely destroy CEOs in oversight hearings. She does so armed only with a whiteboard, math, and a knowledge of the respective companies and industries that seems to exceed that of the executives she is grilling.

Greene is primarily famous for believing in just about any conspiracy theory that comes her way.

In addition to reveling in her oversight responsibilities, Porter is spending her time in Congress compiling reports to highlight corporate wrongdoing — especially in the financial services sector — and introducing legislation that would help various groups of Americans. The bills she has introduced this year include the Foreign Political Influence Elimination Act of 2021, the Justice for Patients Act, the Freedom from Price Gouging Act, and the Mental Health Justice Act of 2021. These are all real pieces of legislation.

Greene is spending her time engaged in showmanship and various political stunts. Her legislative “accomplishments” include the introduction of four separate articles of impeachment of Biden and a couple of resolutions seeking the removal of Rep. Maxine Waters (D-CA) from her committees and Congress.

She has also introduced a few bills, such as the Fire Fauci Act, the We Will Not Comply Act, and the Second Amendment Preservation Act. Her most substantial piece of legislation would eliminate the Bureau of Alcohol, Tobacco, Firearms and Explosives.

Oh, and she used some of the donations she raked in to pretend to blow up with a sniper rifle a hybrid car representing “socialism,” which is clearly something a sane person would do.

Needless to say, this record of accomplishment has made her a hero of the GOP base.

By the way, there is one more thing Porter and Greene have in common. Neither is sitting on (all of) the committees they want. In the case of Greene, that is because she is a lunatic and, in an extremely rare move, a bipartisan majority of the House stripped her of all committee assignments.

Things are a bit different in Porter’s case. She requested a waiver to be able to serve on the Financial Services Committee, a panel she is uniquely qualified for. However, while some such waivers of other lawmakers were granted, Porter’s was denied — which certainly made banking lobbyists happy.

That, in a nutshell, illustrates why there is such a dearth of leadership in politics: One party does not adequately reward capability while the other revels in incompetence. It’s a mix that ensures that the nation’s many problems remain unsolved.